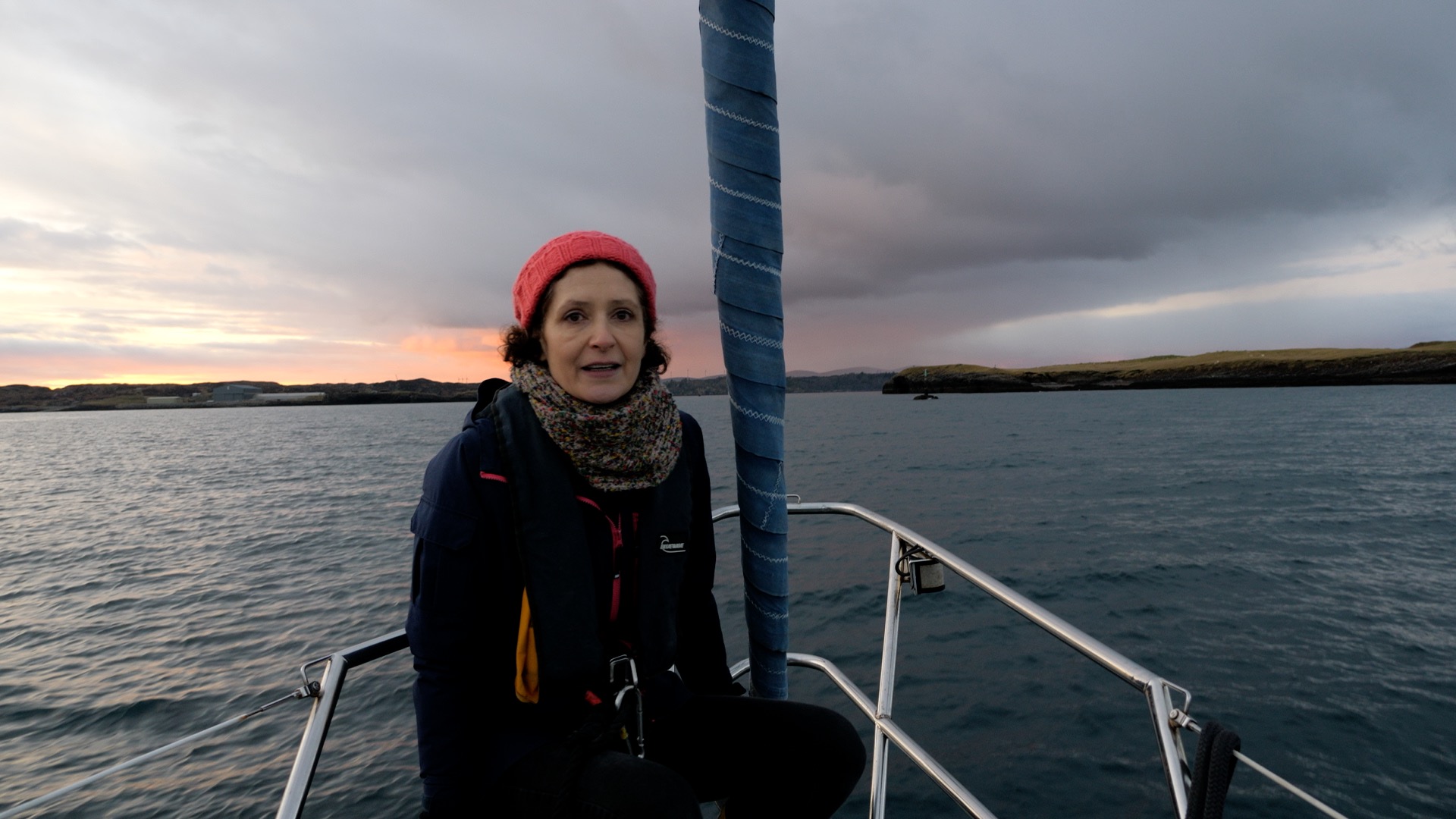 A new film about the Iolaire is now being screened as part of the exhibition in the Sandwick Hall – and the public are being reminded that the exhibition will remain open three days a week throughout January and February.

The film, entitled So Close To Home, has been produced by Alyth McCormack and runs for just over half an hour.

It features extensive interviews with Malcolm Macdonald, co-author of The Darkest Dawn; Duncan Mackay, retired seaman and coastguard and vice-chair of Point and Sandwick Trust; and Iain Stephen, writer, sailor and former coastguard.

Alyth tells the story from her perspective as a child of Sandwick – her grandfather had witnessed the tragedy first-hand from the headland as a teenager from Holm – and has also written a song about the disaster, also called So Close To Home, which plays at the closing credits.

The Sandwick Iolaire Exhibition, a joint project between Sandwick Community Council, Stornoway Historical Society, Point Community Council and Comann Eachdraidh an Rubha, is open every Tuesday, Thursday and Saturday. The hours are 2pm to 5pm on Tuesdays and Saturdays and 2pm to 8pm on Thursdays.

Community wind farm charity Point and Sandwick Trust were pleased to be able to support Sandwick Community Council in putting on the exhibition and Alyth said the film element of the exhibition had been “an emotional but very rewarding project to work on”.  The camera man and editor on the project was Graham Maciver from Studio 27 Productions while the music was written by Karen Maciver.

Thanking Point and Sandwick Trust, Sandwick Community Council, Point Community Council and Point Historical Society for their help, Alyth said: “There has been lots of positive response from the public and the members of the various groups behind the exhibition – in particular the ladies of the Stornoway Historical Society whose company I really enjoyed in the run-up to putting the exhibition together.”

Alyth hailed The Darkest Dawn, co-authored by Malcolm Macdonald and the late Donald John MacLeod, as a great resource and said she was ‘delighted” to hear that the Glasgow launch of the book – where she will be in conversation with Malcolm and also providing musical accompaniment – has now sold out.

The launch is taking place at Waterstones on Sauchiehall Street next Tuesday (January 22) at 17:30 - 19:00 and will also screen excerpts from Alyth’s film.

Alyth said: “I am also indebted to Ian Stephen and Duncan Mackay for sharing their seafaring knowledge, to Alice Maciver and Bell Maclean for sharing their personal stories and to Anna Murray for her powerful performance.” Anna performed Ian Stephen’s poem The Beaufort Scale.

Alyth also thanked “the band of volunteers from throughout the communities of Point, Sandwick and Stornoway, who are so giving of their precious time to man the exhibition”.

Last but not least, she thanked “Karen Maciver for her beautiful music and for sharing her own story about her grandfather”.

Karen, from Glasgow, is a pianist with Scottish Ballet and a friend of Alyth’s for many years. Karen only recently discovered her own poignant connection to her friend’s island – her grandfather, Norman Maciver, had been on board the Iolaire.

He was one of the few who survived and she learned how he had made it to shore from information on one of the display boards in the exhibition.

Alyth had spotted the information on Karen’s grandfather on one of the boards and pointed it out to her friend when she came up to Lewis for the official exhibition opening in December.

The excerpt told the story of crewman James Maclean, who had managed to get ashore via a waterlogged whaler which was out to the full extent of its rope and about three yards from shore.

It revealed: “Men were already ashore, and though he shouted to those back on the boat, no one else, apart from Norman Maciver, followed him to safety that way.”

Alyth said: “I had wanted to write about the Iolaire for years but she was the catalyst for this particular commemoration.” 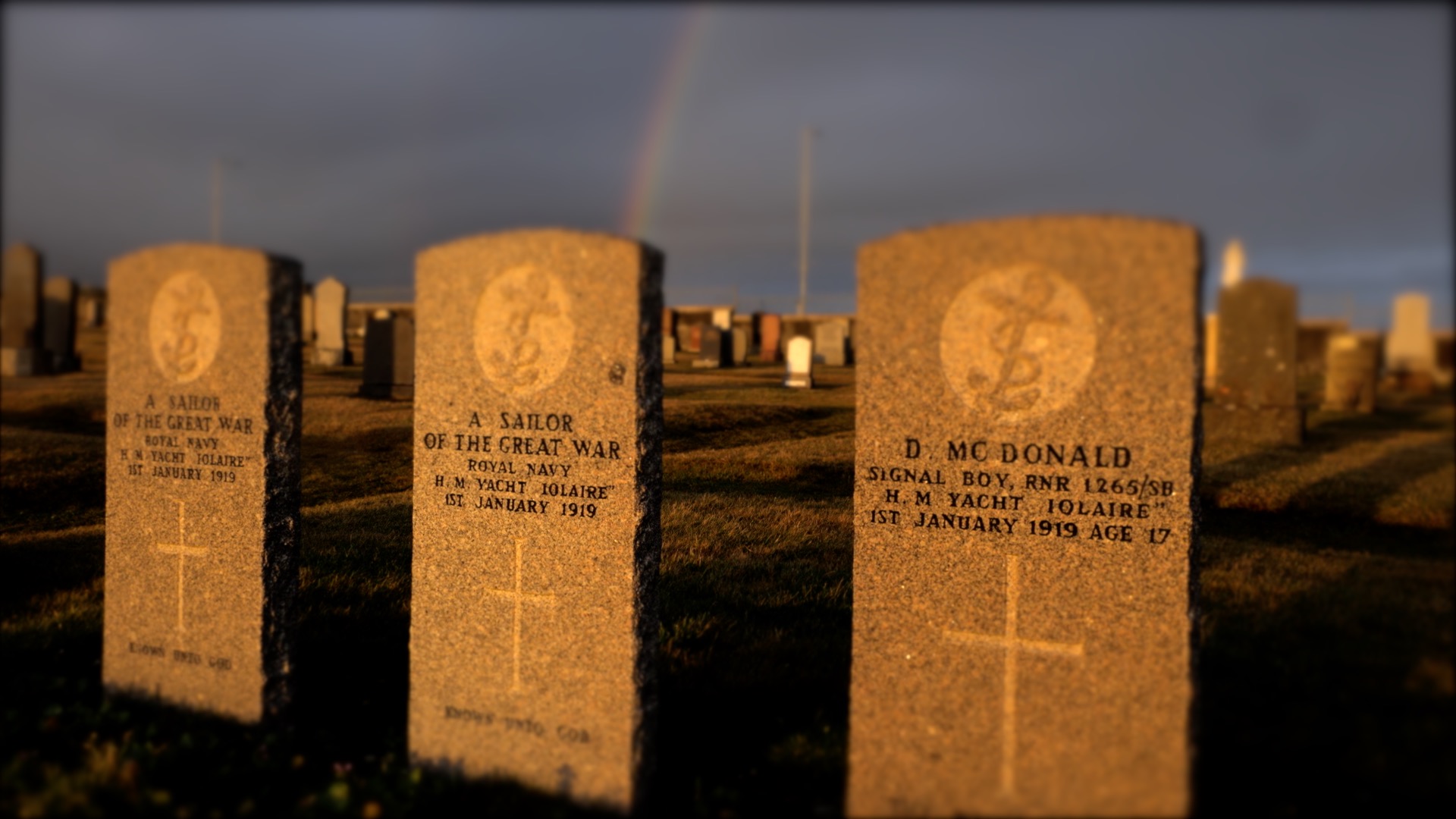