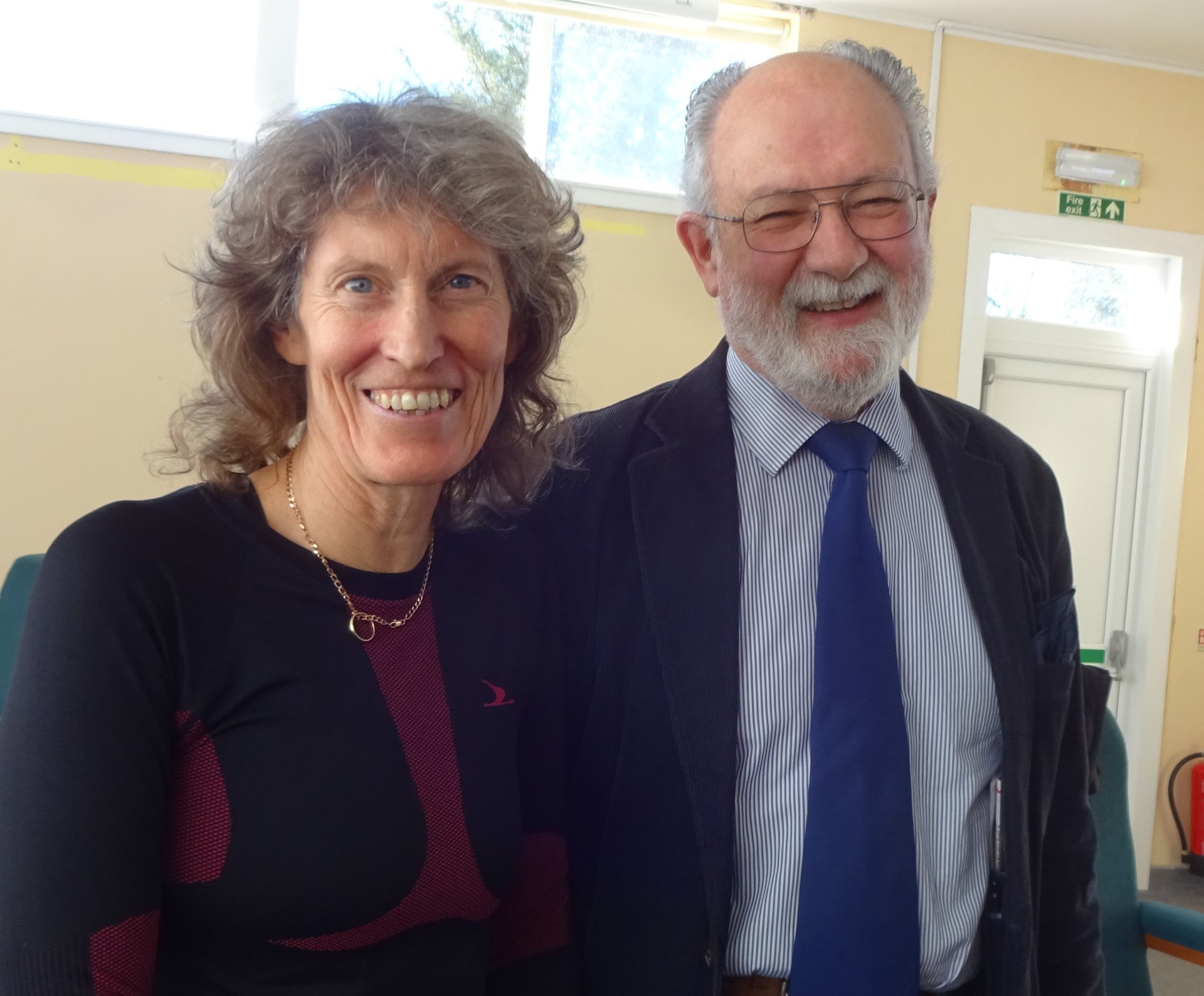 Lewis running legend Kirsty Wade has declared herself surprised at news that a speed record she held for 31 years has finally fallen to a new young superstar – because she didn’t realise she still held it.

Kirsty’s British indoor mile record had stood for an astonishing 31 years, before falling to Scot Laura Muir in Birmingham on Saturday (February 16th).

Laura beat the record by more than five seconds, at four minutes 18.75 seconds. Kirsty Wade’s previous record time for the distance was four minutes 23.86, set in the US in 1988.

Uig resident Kirsty told welovestornoway.com today (Sunday February 17th): “To be honest I didn’t realise that I still held that record – I assumed that Kelly Holmes must have broken most of my records and I was amazed to find that it had stood for so long.

“My memory of taking the record is not one of triumph, because I was running in America and came second in the race, with the Romanian runner who came first also taking the world record. So it was a bit of a disappointing moment.”

But the time was posted as a new British record, and has stayed that way ever since. Now that it has finally fallen, Kirsty’s delighted that it is Laura Muir who has taken it, and Laura reportedly said after her record-breaking run: “It’s pretty special to get the record, especially one which has stood for such a long time and from an iconic runner such as Kirsty.”

Laura has had support from Kirsty before – when she first broke into the British team in 2014 she received an email from Lewis Sports Centre manager Tony Wade, with a message from Kirsty. It read: “We think Laura has something special and we would love to see her name in front of mine in the rankings over the next few years.”

Kirsty said today: “I remember sending that message because she had her first breakthrough indoors and I was watching, thinking she was something special. But then she was meant to qualify in the Commonwealth Games and didn’t do as well as expected and I remember thinking ‘that must be so hard’. So I just sent a message of support to her.

“I’m glad that the record has gone to her because I think she’s an amazing runner.”

Kirsty and Tony have lived in Lewis for 20 years and are stalwarts of the Western Isles sport and fitness scene. Kirsty now holds a post sponsored by Macmillan Cancer Care, NHS Western Isles and Comhairle nan Eilean Siar as Move More instructor. In that role she advises those living with cancer on the merits of exercise in recovering after, and living with the disease.

She’s pictured here with Councillor Angus McCormack, of the Hebridean Men’s Cancer Support Group, during a presentation to the group in 2018.