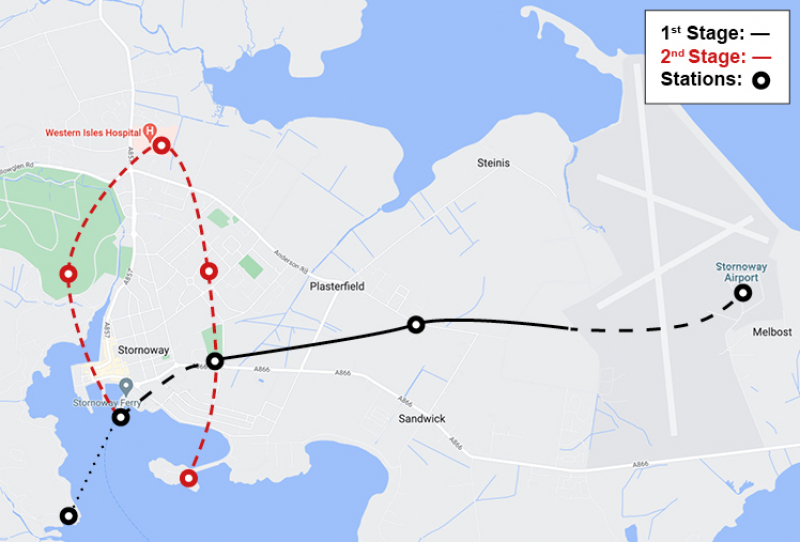 Forget your ferries, bridges and road tunnels, Comhairle nan Eilean Siar is to make a multi-million-pound investment in a rapid transit system for the 21st century, linking Stornoway Airport to Stornoway Town Centre and the Port of Stornoway.

Documents seen by welovestornoway.com from a presentation by transport and logistics consultants to an in-camera meeting of the Comhairle, reveal that the system will be up-and-running after three years of construction work.

Councillors were said to be unanimously in favour of the project – nicknamed the Rock Island Line – which will not only greatly speed up the journeys to and from the airport (along with Mealabost and Braigh na h-Aoidhe) and make them more comfortable but will also create 370 jobs in its construction and 85 jobs in running and maintaining the system for years to come.

A spokesperson said: “The Comhairle is delighted to announce this integrated mass transport venture. With the huge increase in traffic expected at the airport and the port, by virtue of the recent allocation of seabed licences to wind turbine developers, the Comhairle wishes to improve the infrastructure to allow the rapid flow of people and small goods to and from the port and airport.”

Asked where the £85m estimated cost for the Stornoway Rapid Transit System (STRS) would come from, the spokesperson said that the Comhairle would utilise money from the seabed leases, government levelling-up money and the equalisation fund (post Brexit) designed to substitute for the monies that would normally have come from the European Regional Development Fund for large scale capital infrastructure projects, had we still been in the European Union. 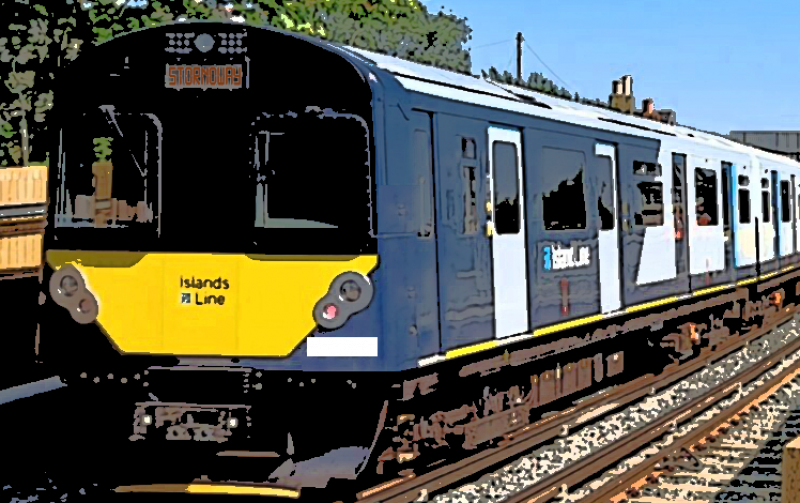 In addition, CnES has for some years been buying National Lottery tickets and is believed to have won big in a recent Euro-millions draw.  And the trains will be second-hand London Underground vehicles made redundant by the start of the CrossRail service.

The 4k route of the SRTS, will begin at the airport station, running under the runway for 900 metres, then for approximately 2k on the surface, passing the north end of North Street, Sandwick and to the south of Plasterfield, then to the Broadbay canal where it will be undergrounded again for its final 1k to the Bus Station/Ferry Terminal terminus, from where passengers will be able to take a rapid catamaran ferry to Stornoway Port Authority’s new deep-water facility at Airinis in Ghlumaig Bay.

A request stop will be built under Sandwick Road to service directly the Comhairle’s offices, The Nicolson Institute, and the sports centre and there will be a further stop for Sandwick and Plasterfield.

Passengers will use a mobile-phone based ticketing system enabling them to transfer, seamlessly, from train to bus to ferry.

The trains, the ferries and the connecting buses will all use the latest technology and be hydrogen/electric dual powered, taking advantage of locally produced sustainable green electricity.

It appears, from talking to chief officials and senior councillors, especially those on the Transportation Committee, that the plans are at a very advanced stage and that a public exhibition of plans, conceptual videos and models will be held in Stornoway Town Hall starting from midday today (Friday April 1, 2022) to explain the concept and to encourage local businesses to bid for the opportunities which such a world class project will deliver.

Another councillor, keen to support the project, even although he was not a Stornoway councillor, said “This project, along with the wind turbine and Port developments will keep Stornoway firmly on the map. It will make it one of the first towns of its size to fully embrace the push towards net zero carbon by 2040 and it will inspire people throughout the islands by its vision”

Engineers at UHI enthused over the proposals, saying that it was fully in accordance with its own ambitions and its STEM subject offerings and would encourage prospective STEM students to enrol at the college, when they could see such direct application of their studies on their doorstep.

Airlines, too, have congratulated the Comhairle for its 21st century vision and say that because of it, they will lay on further flights to Stornoway airport. Cruise liner companies have said “modern efficient transport between two significant hubs will facilitate easy transfer of crews and passenger joining or leaving ships at the new Cruise Liner Terminal at Ghlumaig by way of the airport, making it crucial for the industry.”

However, a scheme to utilise the Leverhulme era railway marshalling yard off Island Road has been abandoned.

Construction work is scheduled to begin on Friday 1 April, 2023. 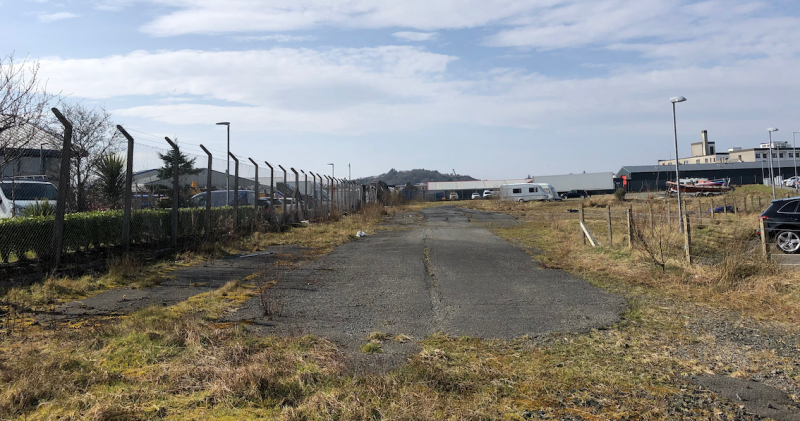 The abandoned railway yard off Island Road…still no new use.