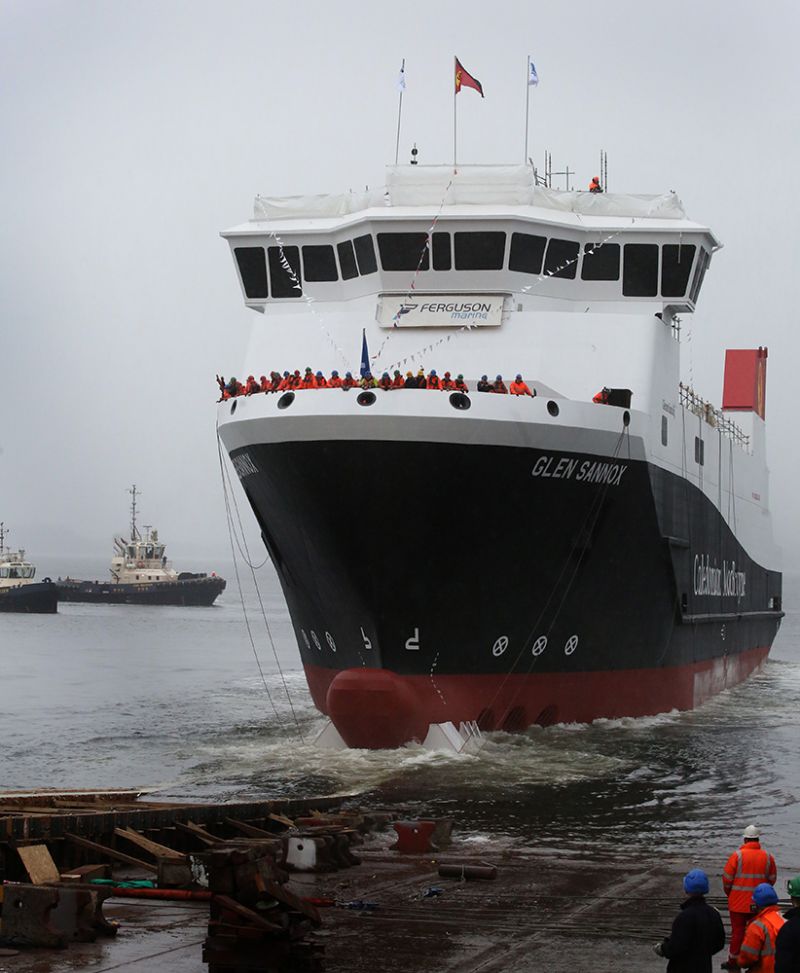 The Scottish Government has confirmed that the Ferguson Marine shipyard has now been taken into public ownership.

The decision could mean a revival of hope for the long-awaited replacement ferry on the Uig triangle route serving Skye, Harris and North Uist, as the dual-fuel ferry for the route has been ordered from Ferguson Marine.

It was announced yesterday (Monday December 2nd) that administrators have agreed the final terms of the transaction with Scottish Ministers.

This follows the conclusion by administrators that three indicative commercial offers for the business were either not capable of being executed or did not represent a better outcome for creditors than a sale to the Scottish Government.

Economy Secretary Derek Mackay said: “We have been working for over two years to find a resolution to the difficulties at Ferguson Marine and our priorities remain the completion of the two CalMac ferries, protecting jobs, and securing a future for the yard.

“In the absence of a workable commercial solution the administrators have concluded that public ownership is in the best interests of the creditors.

“Now that this has been confirmed, I am determined that we continue to work closely with everyone at the yard to progress work on the vessels and achieve the best possible outcome for the yard and its employees.

“Recruiting more staff to Ferguson Marine is a significant step forward in making this happen. Establishing a revised timetable for the completion of the two ferries also remains one of the main tasks for the management at the yard and I will give an update on the schedule and cost for delivery of the two ferries as soon as possible.

“While there is still more to be done, our actions have ensured that there will be a future for Ferguson Marine.”

Among vessels under construction at Ferguson is the MV Glen Sannox, which was expected to be in service during 2018. She was commissioned by Caledonian Maritime Assets Limited (CMAL), the publicly-owned company who own the ferries operated by CalMac, and was due to be followed into production by a vessel currently known as ‘Hull 802’ which is to serve the Uig-Tarbert-Lochmaddy route.

It’s not known what timetable will now be placed on construction of the new ferry for the Harris route, although work on harbour improvements to accommodate the new vessel is already well under way in Tarbert.
CMAL were in Uig, Tarbert and Lochmaddy last week (November 25th to 27th) providing public updates on the progress of the contract works.

In a separate announcement, CMAL recently announced that it had bought the vessel MV Loch Seaforth outright, paying £36 million in October this year through a commercial agreement with Lloyds Banking Group.