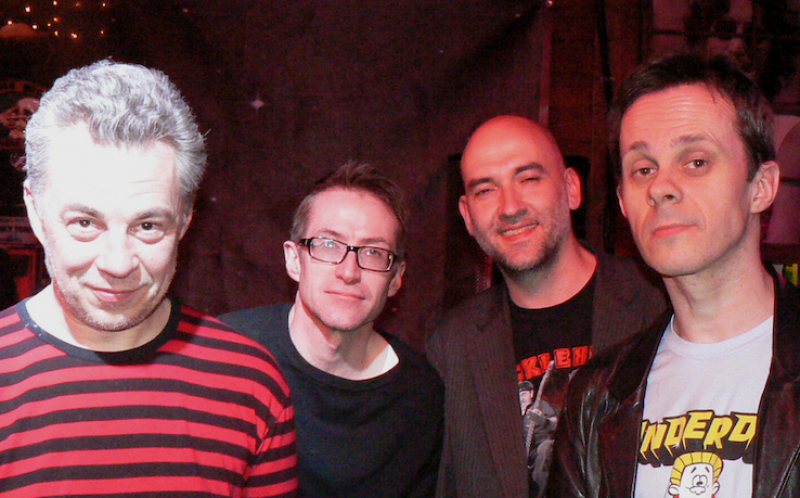 Adding to our worldwide coverage, Taylor Edgar looks at Covid-19 life in Pasadena, California, through the eyes of fellow Scot, Frank Reader

The Covid-19 quarantine may be a jarring experience for most people, but it could be worse, says Scottish expat, Frank Reader in Pasadena, California.

For not only is the city in the lockdown, but they have also been hit by three medium-strength earthquakes and unseasonably heavy rain.

The 54-year-old Scot, a musician, songwriter and lead singer of the cult Scottish band, Trashcan Sinatras, is remaining positive and taking the Shelter at Home directive in his stride. 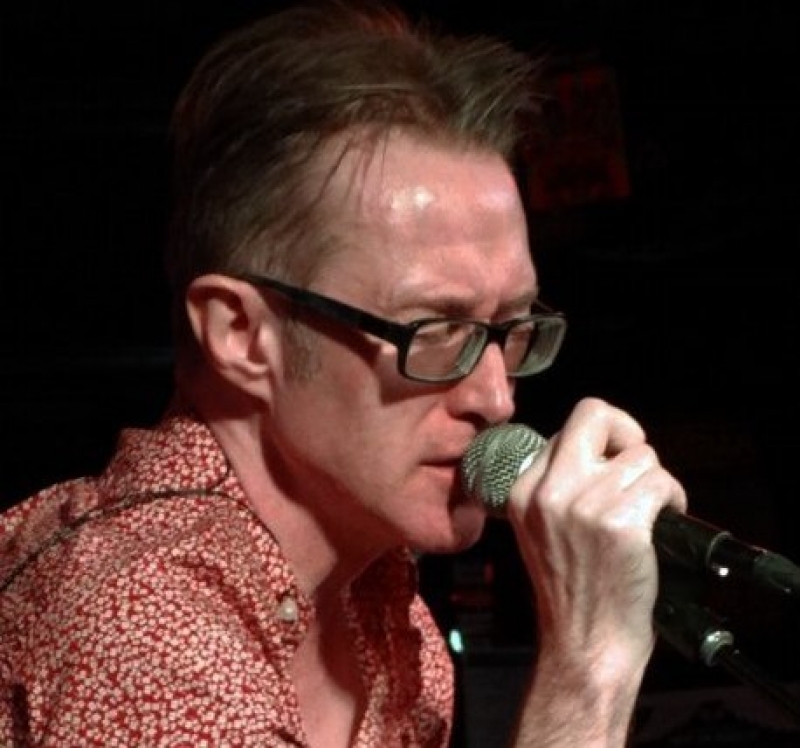 “I'm not really doing anything different as far as working on music goes. I'm a real homebody, so I've not really seen any great change in my day-to-day, except I'm going out even less. My wife Tanya is home all the time now, which is great for me, but she has definitely had a more difficult time coming to grips with the sudden change,” says Frank.

His wife, Tanya, a schoolteacher, is more used to a hectic workday in one of Los Angeles County’s public schools and normally sees 200 other people every day, not just her husband. The county’s 1000 schools abruptly closed on March 13 and it has taken until now to schedule far-from-perfect online lessons, a situation which was an added stress.

Their daily routine is much more sedate than usual as Frank explains: “We're shopping carefully and seldom, not wasting food and stuff so much, trying to stay fit, getting air. If we're not working, we're doing more reading, Scrabble, jigsaws, TV, surfing the net, online poker.”

As well as curtailing non-essential trips outside their home, also subject to rationing is their intake of news.

“It (American news coverage) just engenders a feeling of anxiety-covered helplessness, and I think that's the biggest challenge. These past few years in the US have taken such a mental and physical toll on everyone already, and now here comes the nightmare event we dreaded happening - especially now.  How chaotic will it get, and what can we do to control it? I definitely feel smaller and more vulnerable. We're living through an unprecedented event, and these are still early and unpredictable days. I'm drinking more,” Frank laments.

The Glaswegian, who also spent several formative years in Irvine, moved in 2008 to join his wife, Tanya in Pasadena, a city that’s situated in “a beautiful spot” in the foothills of the San Gabriel mountains. It's a culturally diverse city, with an interesting history and “there's plenty going on - or there was.”

As of the weekend,  Los Angeles County listed 5940 cases, 1257 hospitalizations, and 132 deaths, with Sunday being the highest one-day increase in cases and in deaths. Pasadena is located within Los Angeles County but has its own health department, and they're reporting 53 cases and three deaths.

Like most places in the US and elsewhere, Pasadena has issued a Safer At Home Order banning all indoor and outdoor gatherings, and all businesses are closed except those that are designated essential - health care facilities, grocery stores, gas stations, etc. Very little else is operating. Some restaurants are open, but only for takeout food.

Comments Frank: “Everyone is required to remain indoors except to go to work or visit an essential business, though we and other households can take walks and cycle, as long as we stay six feet apart. I haven't experienced or read of any situation where people have been in trouble for not sticking to the rules. I'm sure it happens, but I think the obedience factor in California is pretty high. There are still some fools out there, I hear, trying to go to the beach.”

For the most part Covid19 measures are being taken seriously, and it’s now unlikely there are many who feel insulated from the virus.

“I don't see much evidence of people being blasé about it. Maybe two weeks or so ago, I'd hear ‘It's just like the flu’ and people moaning about the inconvenience, but I don't anymore. The bigger worry is that people start to feel encircled and under siege. It's just got quieter and quieter out in the street. Some neighbours I've texted with are definitely getting more anxious - we are too,” remarks Frank.

He continues: “We're lucky to be living in one of the states that does take it seriously, and in states where the governor and the mayors and councillors are taking it seriously, the citizens mostly are, too. Mind you, the Mayor of LA gave us only a B for compliance, so there's still room for improvement.

“But for the most part, the politicians in some states are at least helping the situation the best they can. For the federal government to not have issued orders to every state to lockdown, or indeed respond to this emergency in any way that's remotely responsible and moral, is maddening. I think we're going to learn a lot about America from this.”

One thing that is helping to beat the stress, though decimated like all the arts at the moment, is music. A 30-year veteran of recording, touring and playing concerts, a relieved Frank observes that the Trashcan Sinatras (trashcansinatras.com) had only just started to map out 2020 and hadn’t booked tours or booked recording studios. Others have not been so fortunate.

“We're now really just treading carefully forward, looking for other ways to keep our creativity going. I hope this will have an inadvertently healthy effect. There are a few songs recorded that we intended to dither endlessly over, but it doesn't feel like now is the right time to hold things back or wait and see what happens,” says Frank.

Asked about the long-term impact on the music industry, Frank admits he simply doesn’t know. Optimistically, he feels Covid19 will be a ‘refresher course’ on the importance of music, sport and culture to the national psyche, adding the depressing disclaimer, “Or maybe the whole world will just decide it can make do with the music and films and paintings we already have and let's just let the arts rot.”

He goes on: “Trashcans can get a lot done online when we're in a writing period, but without the potential for get-togethers, either to record or play live, it wouldn't work for us, and I think most musicians around our age would say the same. I don't know how this will change the music industry. Musicians were already getting squeezed for record sales and digital streaming income. Live work and pre-selling of a new album are where many like us make the money to function, and without that there's only limbo.”

When the dust settles on Covid19, Frank hopes that crowdfunding platforms such as Patreon will work better for groups wishing to remain in the business and enable them to afford to make the music they want to and play some gigs.

Covid19 has shaken the world, for sure, and in ways we can’t yet fully appreciate.