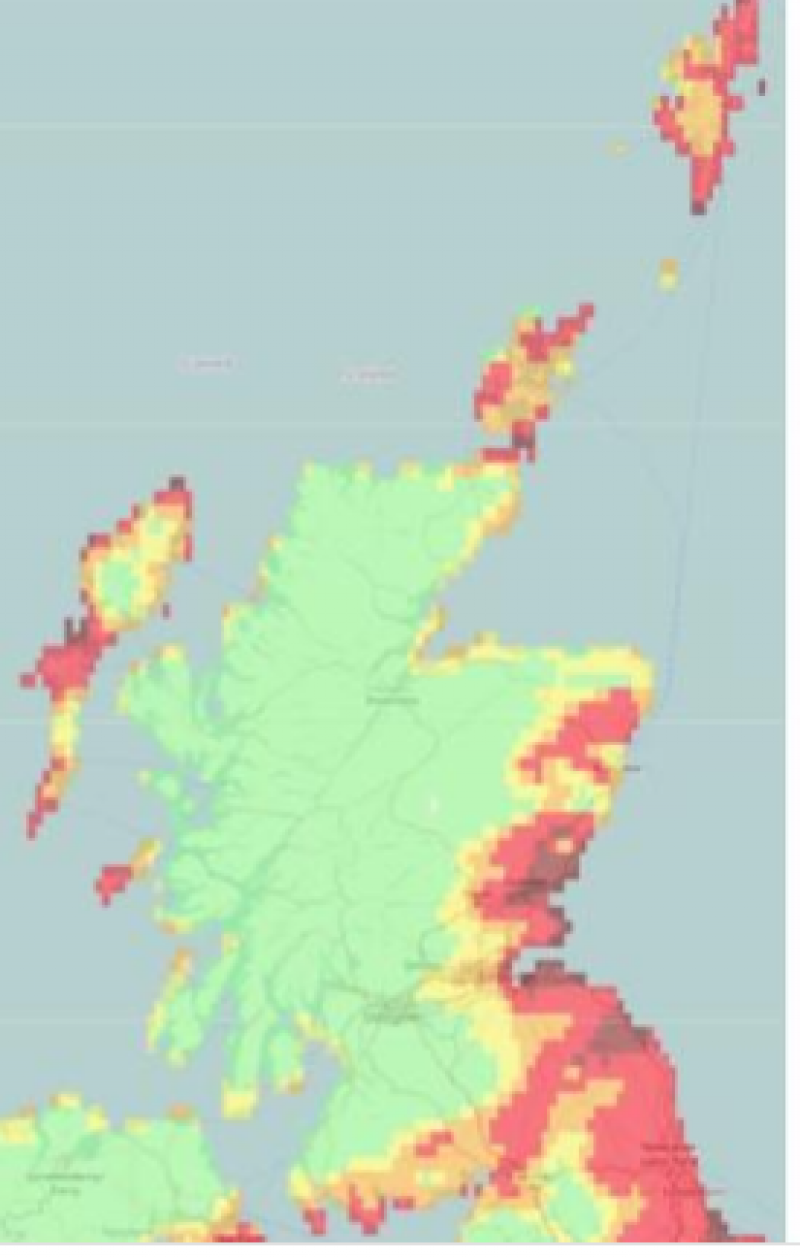 The Muirburn season is set to be brought to an end with immediate effect, meaning crofters will not legally be able to set fire on heather or grassland in the islands.

A change to the law as part of new emergency powers for the Scottish Government was voted through yesterday (Wednesday 1 April) and coincides with a warning today (Thursday) that parts of Scotland are at very high risk of wildfire this weekend.

It was one of the less-noticed amendments which passed through the Scottish Parliament during yesterday’s Coronavirus (Scotland) Bill, which was agreed in record time and is due to receive Royal assent this week.

Scottish Green MSP for Lothian Andy Wightman proposed the amendment, which introduces a legislative ban on muirburn this season. The amendment was put to the vote and passed 59 to 17 in a chamber where attendance of MSPs had been reduced, to ensure adequate social distancing between those present.

Andy Wightman said: “Damaging the hills during a lockdown and risking putting further pressure on our emergency services is reckless. The practice should end with immediate effect.”

Mr Wightman commended Scottish Land and Estates for their call to landowners to desist from burning during the Coronavirus emergency, but said there was evidence from across the country that the call was ignored by some.

Business minister Mike Russell added his support for the amendment and said that if burning was continuing it needed to stop now.

The success of the amendment means that when the Coronavirus (Scotland) Bill (Emergency Bill) gains royal assent, all muirburn must stop. If anyone continues to light fires they will be breaking the law and could face prosecution.

Scottish Fire and Rescue Service has tweeted this afternoon (Thursday 2 April) that Scotland faces ‘an extreme risk’ of wildfire this week. They said: “Until Monday, parts of the country face a heightened threat.”

In the first fortnight of April last year, moor fires in Harris and Lewis led to power loss to thousands of homes and closed roads. Fire crews were called to six different locations in Harris on 9, 10 and 11 April 2019.

A hill fire in Barra early this week (Tuesday 31 March) led to calls from local people for suspension of the traditional burning to avoid putting pressure on emergency services.