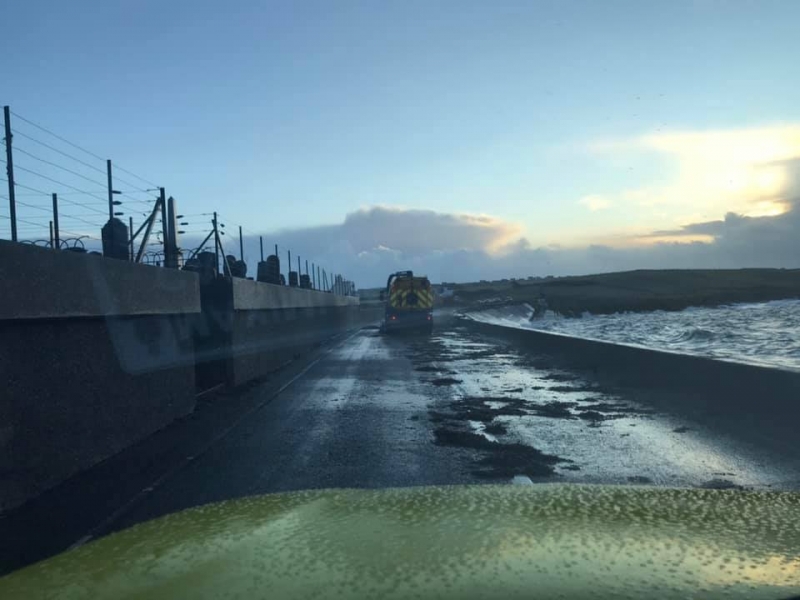 A new system is to be put in place for road and causeway closures during storms and high tides, with immediate effect.

Members of Western Isles emergency planning group including Comhairle nan Eilean Siar, HM Coastguard and Western Isles Police have decided to stop the use of convoy systems to escort vehicles along storm-affected routes.

The new system will simply mean coastal routes and causeways are open when they are safe to pass and closed when overall safety considerations, including obstructions on the carriageway, demand it.

At times when roads are affected by storms, this could lead to a longer closure period while debris is cleared from the carriageway.

Road closures during storm and high tides are decided by local police, with Coastguard teams usually providing the on-site protection for road inspections and the operation of closures, due to the high resilience of their vehicles.

The safety of staff and volunteers, as well as public safety, were uppermost when the new system was planned.

Storm winds and high tides often mean coastal routes and causeways are affected not just by spray but by debris including wind-blown seaweed, marine litter and stones which can be as large as small boulders.

The clearing of the debris after a closure will now be completed before the road re-opens at all, and not during a period when vehicles are being escorted in one-way convoys. The system is to be implemented across the Western Isles. 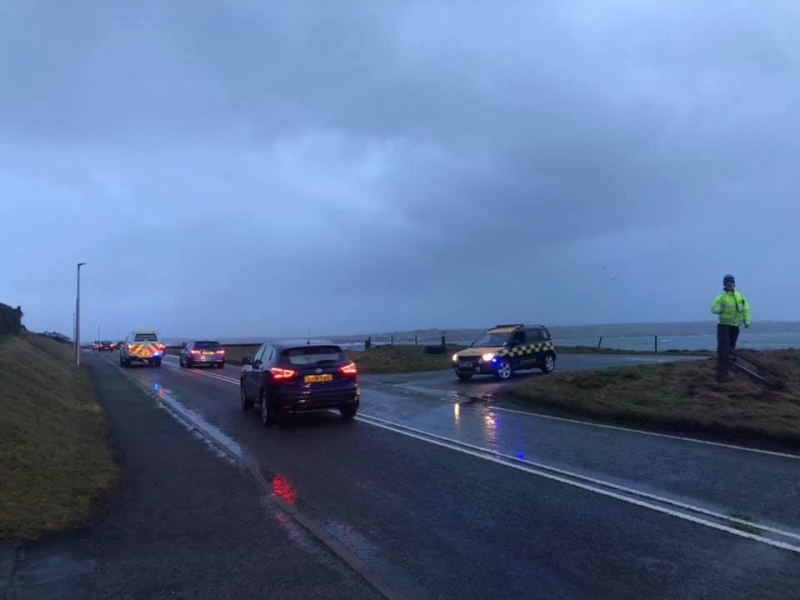 A flood alert was also issued for the Western Isles this morning (Saturday 8 February) by the Scottish Environment Protection Agency (SEPA).

The SEPA alert for coastal flooding covers the whole of the Western Isles and says: “Due to a combination of high tides along with a large surge, wind and waves there is a risk of flooding in coastal areas during Sunday and Monday. The greatest risk is around the times of high water….. There will be a risk from wind and waves at all times, particularly on exposed western coasts and causeways.”

A Coastguard spokesman said that the conditions over the weekend are not expected to affect the Braighe but that other causeways and coastal routes could be affected. Extra Coastguard personnel and a 4x4 Coastguard vehicle have been deployed in Benbecula for the duration of Storm Ciara.