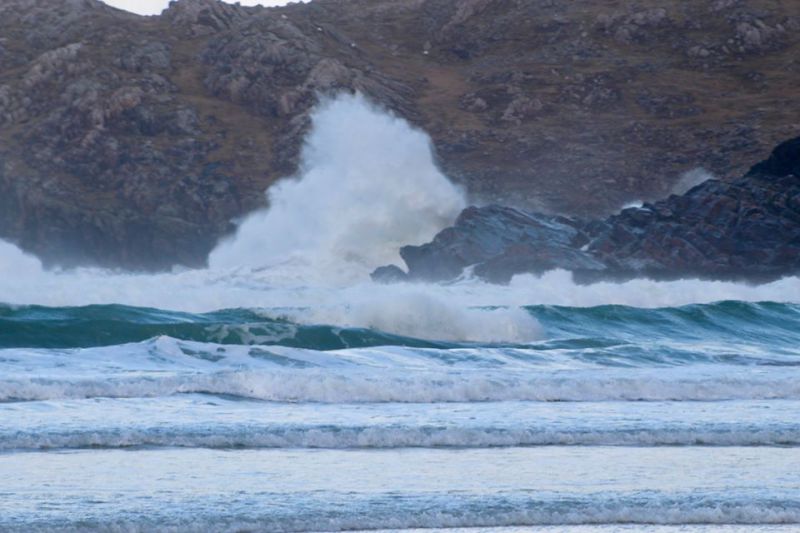 Isles in path of growing storm 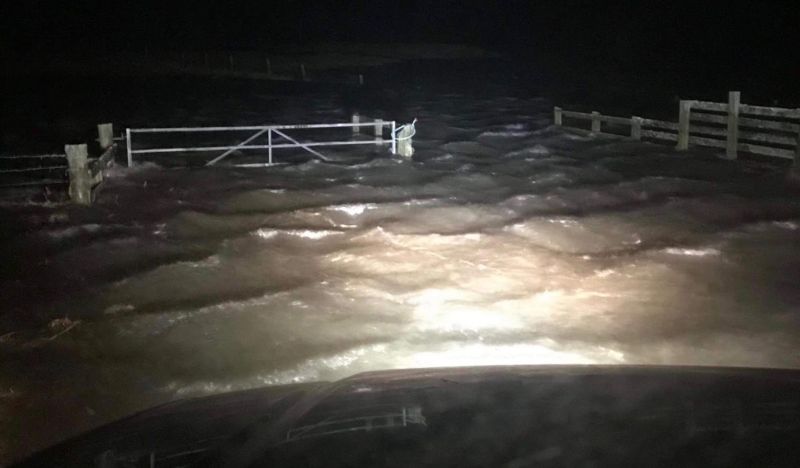 Harris is set to bear the brunt of Storm Brendan as it approaches its peak tonight (Monday January 13th) with conditions for Tuesday worsening by the minute as forecasters are being proved wrong about the duration of the storm.

Sustained windspeeds around 56mph and gusts of up to 97mph are forecast between 9pm and midnight at Huisinis, with Tarbert seeing gusts up to 89mph around the same times.

Highest recorded wind speeds during Storm Brendan are so far:

Ferries are being cancelled throughout tomorrow. Already cancelled are all sailings to Harris and North Uist.  Early sailings between Eriskay and Barra have been cancelled.

CalMac's Stornoway port manager Iain Don Maciver: "We are going to attempt to make a sailing from Ullapool at 10.30am tomorrow, but all services are currently on yellow alert for possible cancellation or disruption. The weather is proving both longer-lasting and more severe than we had at first expected, but we will do our best to provide a service."

Scottish and Southern Electricity Networks said that an additional nine engineers with vehicles and equipment had been brought to Stornoway ahead of the storm to respond to any sudden power loss, with a further three in Uist and one in Barra.

The Western Isles emergency planning group met this afternoon to discuss planning for the next phases of Storm Brendan.

The Isle of Barra is heading for a second day of storm conditions tomorrow (Tuesday) with some of the strongest gusts of wind forecast for later tonight. Between 9pm and midnight wind speeds around 52mph and gusts up to 92mph are likely.

Ferries are cancelled between Oban and Castlebay tomorrow, while early morning sailings across the Sound of Barra are also cancelled and disruption later in the day continues to be likely.

MacNeil Coaches has made the decision that, in the interests of public safety, all public service bus and West Side school runs have been cancelled tomorrow. This is in response to forecast gusts in excess of 55mph and to the potential forecast of overnight snow until 11am.

The public service runs at 10.18am and 1.20pm be will be kept under review in the event of an improvement in weather conditions. Any enquiries can be made by phoning 075060 72309.

All waste transfer stations and recycling sites are now closed for the remainder of the day. Bin collections were cancelled for the day in Barra and will be rescheduled for Wednesday, January 15th. In other parts of the islands bin lorries have returned to base having completed today’s collections.

It is anticipated that all schools in the Western Isles will be open tomorrow, Tuesday 14th January, subject to final checks on bus services and causeways. Decisions will be taken at a local level.

Engineers from SSEN have restored power to most of the households in South Harris who were off earlier today, but approximately 25 customers in the area of Leverburgh pier will not see power restored until about 7.30pm.

A pole and wires blew down in the Clachan area of North Uist, cutting power to 155 customers. Most have now been reconnected with just six customers due to be reconnected shortly.

SSEN engineers are carrying out safety checks in the Ness area in response to reports of possible damage to power lines, but no customers are reported to be without power. If you experience power loss, phone 105 to report the problem and do not approach any broken or damaged power equipment.

The Western Isles remains under a yellow warning for strong winds until midnight tonight, with forecasts showing continuing gusty winds and rain, sometimes turning to snow, through Tuesday and into Wednesday.

The Scottish Environment and Protection Agency (SEPA) has warned that Storm Brendan will bring strong winds, creating storm surges and high waves over the next two days.

Head of flooding Vincent Fitzsimons said: “The combination of high spring tides and sustained winds will create an unusual and dangerous combination of tide, storm surge and inshore waves. There is a risk of coastal flooding of routes in all Scotland’s coastal areas, with particular focus on communities around … the Western Isles.”

Meanwhile flights between Stornoway and Benbecula were also cancelled.

The Irish Times reports that more than 48,000 homes and businesses across the Irish Republic are without power on Monday as powerful winds from Storm Brendan sweep eastward. Power outages have been reported in counties Mayo, Roscommon, Kerry, Cork, Waterford, Laois, Kilkenny, Meath and Monaghan.  Winds are now starting to ease along the west coast although a second belt of strong winds is forecast in the west this evening.  Storm Brendan made landfall on Monday morning bringing gusts of almost 100km/h over northeast counties and more than 140km/h off the coast of west Cork.