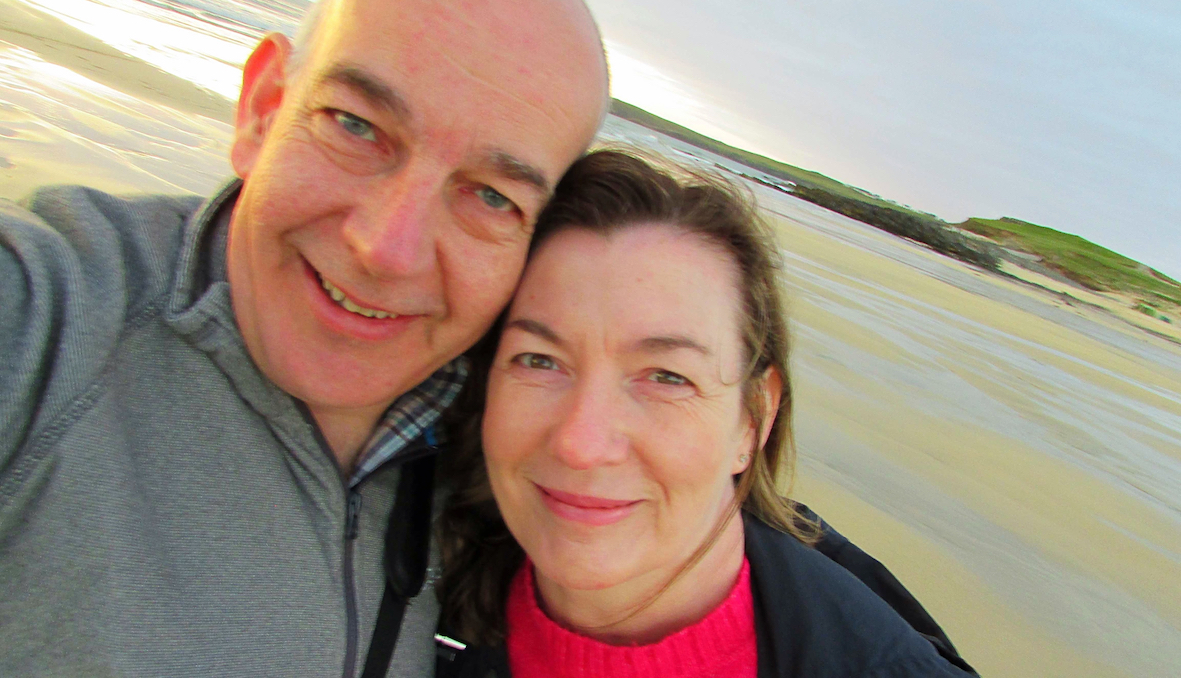 A wedding ring lost on the sands of a beach in Ness is to return to its owner in Glasgow this week (Monday August 5th) after a ‘miracle’ discovery by an island visitor.

Angus and Mairi Mackenzie were spending a day on Traigh Shanndaigh on July 16th, during a visit home from Glasgow, when the precious ring was lost.

Mairi told welovestornoway.com: “We were having the loveliest day on the beach – it was a scorcher. Angus had taken his ring off and put it inside his phone case while he had a swim, but when our son built a sandcastle he took the phone out to take a picture and that’s where we think the ring fell out.

“Within half an hour the tide had come in, and the sandcastle was gone in minutes. It was only when we got back to his parents’ house that he took the phone out and realised the ring was gone.”

Both Mairi and Angus were distraught. The ring was special for more than just the traditional reasons. A native Barra girl, Mairi had married Angus at home and their marriage was celebrated by the much-loved Canon Angus MacQueen, a family friend. It also had their names engraved inside in Gaelic and was intended to become an heirloom for their son.

Mairi continued: “At first light at 5am Angus went back to the beach and we spent the whole day on the beach with a rake and a metal detector. We also went to Stornoway and registered the loss with the police – feeling a bit silly because it was like a needle in a haystack.

“We continued our holiday in Barra with my family and then went on to the Lake District, thinking we’d never see the ring again with those fast tides. I’d left the beach in tears, praying it would be found, but having to leave without it.

“Ten days later we were eating our evening meal when we got a wonderful call from Christine at Stornoway police, saying the ring had been handed in by a French tourist who found it. We were so shocked we could hardly finish the meal!”

It was Christine Macleod who had taken the details of the lost ring at the police station from a distraught Mairi, ten days earlier. She later told Mairi that it had been lovely to pass on the good news, after a French visitor brought the ring in to Stornoway police.

She had been walking on the beach when she spotted the ring and realised just how precious it would be to someone. Mairi now plans to try and make contact with her, though she did not leave her name and spoke very little English.

For now the priority is getting the ring back where it belongs. Mairi said: “We will have our ring brought back to Glasgow by my husband’s sister this week and there will be no removing it again for a swim! Our son will have the ring in years to come – a gift returned from God without a doubt!”

The picture shows the very happy couple on the beach at Ness, before the ring was lost and found (Mairi Mackenzie)