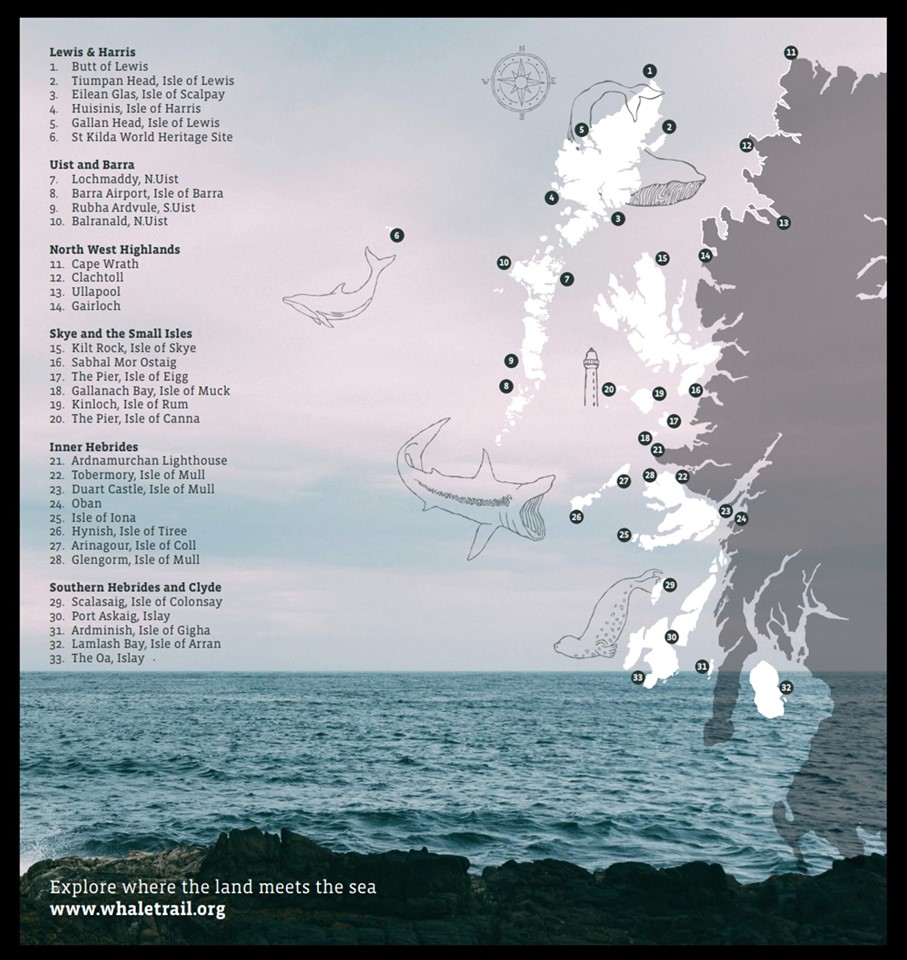 The initiative, which includes over 30 sites, aims to showcase Scotland's west coast as a top destination for low-impact marine wildlife watching from land.

Launched by the Hebridean Whale and Dolphin Trust, the trail includes lighthouses at the Butt of Lewis on the Isle of Lewis, Eilean Glas on the Isle of Scalpay, and the UK mainland’s most westerly point at Ardnamurchan Lighthouse.

“We want people from all walks of life to visit the Hebridean Whale Trail to enjoy exploring the region’s unique nature, culture and history, and to be inspired to support marine conservation.”

The aims are also to boost the local economy and support communities through sustainable eco-tourism, provide educational opportunities, and improve connections between coastal areas.

The trail’s website www.whaletrail.org includes routes, transport options and site details. On-site interpretation at key locations will explain which species of cetaceans – the collective name for whales, dolphins and porpoises – might be seen.

Across the trail there will be many opportunities for visitors and residents to get involved in marine conservation activities – including joining volunteers to watch, identify and record marine wildlife from land or the ferries which connect the sites, as well as discovering more about Scotland’s seas from experts at a range of visitor centres.

“The trail encourages accessible, low-impact whale-watching from land, which for many is a completely new way of thinking about viewing marine wildlife. Scotland’s west coast is dotted with stunning places where you can quietly watch whales, dolphins, and other wildlife going about their business from a clifftop or harbour,” said Alison Lomax, Director of the Hebridean Whale and Dolphin Trust.

“Ultimately we want people to experience the thrill of watching a fin breaking the surface in the distance, and the challenge of identifying which type of whale they’ve seen, sharing that experience with others, and learning about the threats these animals face in our seas.”

The 33 sites are listed below: