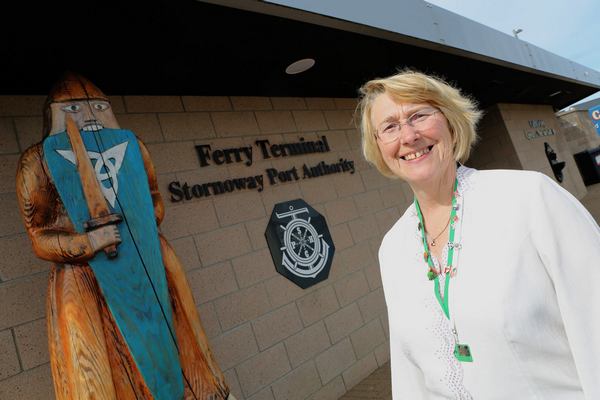 Tributes have been paid to a well-known island tour guide, who has been locally named as the victim of a road accident in the late afternoon of New Year’s Eve.

Joan Morrison was the co-ordinator of the Western Isles Tour Guide Association. She died following a collision with a vehicle near Swainbost on Monday (December 31st) around 5.30pm.

Emergency services were called to the scene with police, fire crews and a Coastguard Rescue Team from Ness working together as the road was closed following the accident.

Joan was taken to Western Isles Hospital by Scottish Ambulance but was sadly confirmed to have died when she reached hospital.

Joan was responsible for co-ordinating the team of volunteer tour guides who accompanied cruise ship passengers and other island visitors on their tours of the island.

As news of her death spread locally, many tributes were paid to her hard work in creating a welcome for tourists over more than 20 years.

A spokesman for Stornoway Shipping Services said: “A great loss to the Western Isles tourist trade. She put a heck of a shift in over 20 years and her presence will be missed on the pier. SSS, Stornoway Port Authority and tourism in the Western Isles will miss her deeply.”

Fellow tour guides also commented, one saying: “Joan’s work with the guides changed tourism in the island.” Another said: “The quality welcome received by cruise visitors, especially, these last 20 years is mainly down to Joan’s hard work. A one-off and not easily replaced.”

And another guide added: “She put in a power of dedicated work for tourism and tourist facilities and she always had the good of locals and visitors alike at heart.”

The picture shows Joan, in the words of friend Iain Gillies: “In her element, welcoming tourists to the island, as very many people will remember her.”

Police Scotland confirmed that the pedestrian who sadly died following a road traffic collision on the A857 at Swainbost was Joan Murray Morrison, 67..

The collision involved a Black Dacia Logan. The driver of the car was not injured.

Sergeant Christopher Murray of the Road Policing Department, Highlands and Islands Division, said;"Our thoughts at this time are with those involved and their families. Road Policing Officers have travelled to Lewis and an investigation into the collision is underway.

"We have already spoken to a number of witnesses and we are grateful for the assistance the local community have provided. In order to help establish the cause of the collision, I would urge anyone who saw either the vehicle prior to the collision, a pedestrian walking in the area or the collision itself and who has not already come forward, to do so."