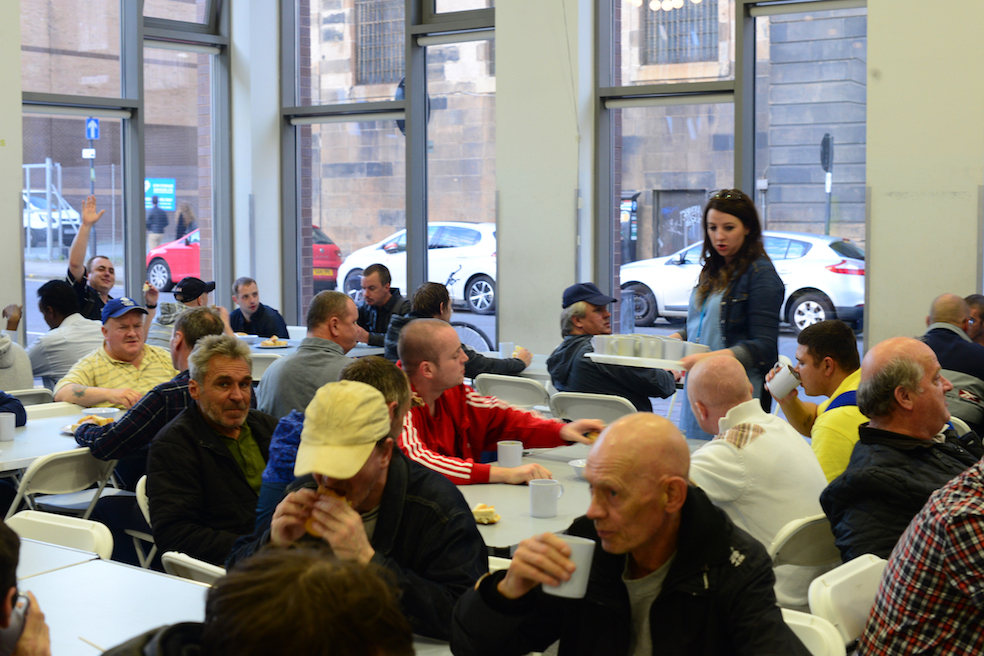 A major appeal is being launched in Stornoway for assistance to the work of Glasgow City Mission, which is facing increasing demands on its support for those in difficulties.

Donations are needed of new socks and underwear for both men and women; sleeping bags; new towels, and tea, coffee, sugar and diluting orange juice – as well as money, of course.

The appeal is being organised by the Stornoway High Free Church.

There will be a special Appeal Centre opening in the centre of Stornoway – on Friday November 23rd from noon until 4pm; and Saturday November 24th from 10.30am to 1pm.  This is in the one-time Gazette shop in Francis Street, opposite to An Lanntair arts centre.

Charlie Nicolson, who is part of the organising team, said that in the past the Islands had been hugely generous to people in need in other parts of the world – now there was a growing need in a city where many Islanders had lived or made their homes over the years.

Graham Steven, who is Marketing & Fundraising Manager for the Glasgow City Mission on Crimea Street, not far from Glasgow Central Station, said the demands on their services had shot up in recent years.

He said Glasgow City Mission was immensely grateful for the offer of support from the group in Stornoway as they were entirely dependent on the generosity of their funders, receiving no public sector funding except in regard to their nursery service at a centre in Govan.

Glasgow City Mission has been at work since 1826 and is the oldest city mission in the world.  It serves people affected by homelessness, by poverty, by addiction, and prostitution as well as people involved in asylum seeking and other complex problems.

Around 200 people a day use the centre on average.  There’s an evening meal every day serving around 120 people. There are about 12 frontline project workers and around 220 volunteers.  There are about 25 daytime activities trying to raise the skills and confidence of people attending.  These incude social interaction like lunch clubs, life-skills for cookery and budget management, art classes, music, gardening, and other activities.

Graham pointed out that homelessness was not limited to rough sleeping – there were only about 25 to 30 rough sleepers a night in Glasgow – but there were 5,500 people who were listed as homeless by Glasgow City Council.  These were in temporary accommodation of some sort.  Media perception of homelessness focused on street corners but actually those were just the tip of a giant iceberg.

As for the items being collected, the hot and cold drinks – plus all-important sugar - play a vital role in the everyday life of the mission. And the chance to take away clean clothes would be a huge benefit to those in extreme poverty who had somewhere to stay but did not have resources beyond that.

Relationship breakdown, including bereavement, are the biggest causes of homelessness, and these can affect people in all walks of life, says Graham.  There is also the impact of postcode poverty with life chances being markedly worse if people come from one area compared with another. There is also the impact of poor literacy and lack of access to the Internet.   People try to muddle on but become increasingly isolated.  People can use the cenre’s facilities to access the Internet.

Glasgow City Mission also operates a winter overnight shelter and a family centre in Govan, with a range of facilities for parents and youngsters and has many connections with the Islands – including supporters who provide funding, as well as volunteers with an Island background while there are also centre users from Island backgrounds.

The total running costs of the three projects each year is £1.6m, three times what it was five years ago.

Glasgow City Mission has greatly increased its range of activities as a result of the support of funders from all Christian denominations and people of no faith - who are all convinced about the quality of the work done. 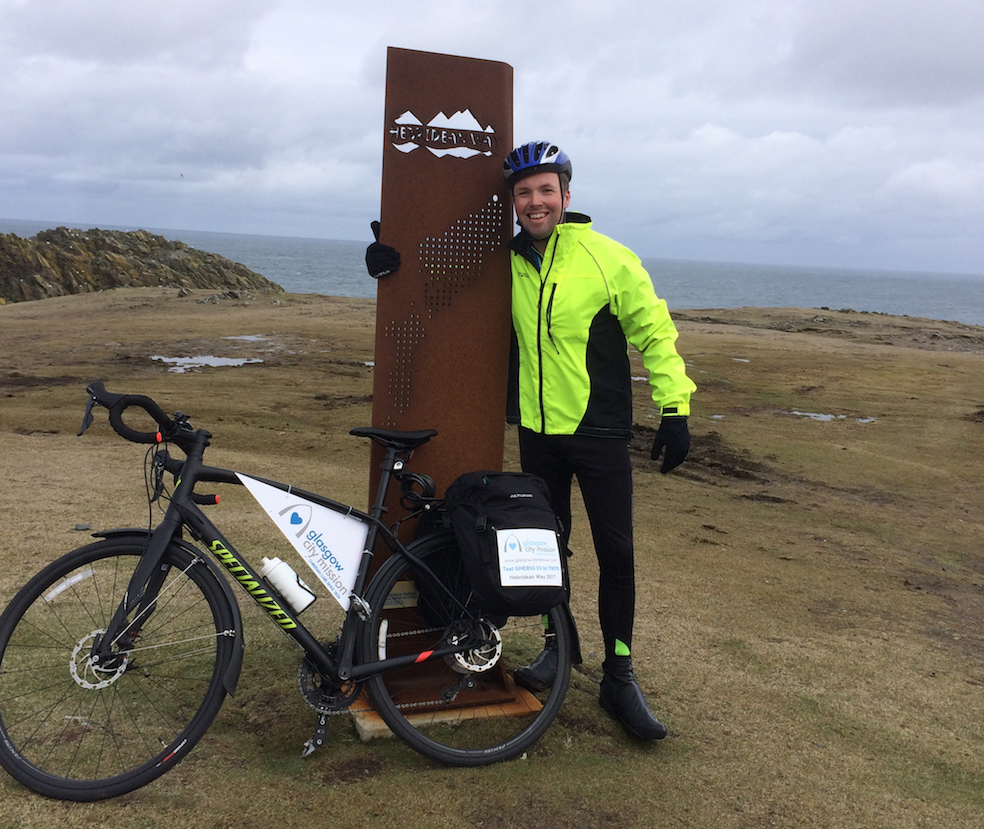 Graham Steven, who is Marketing & Fundraising Manager for the Glasgow City Mission, during a fund-raising ride on the Hebridean Way last year 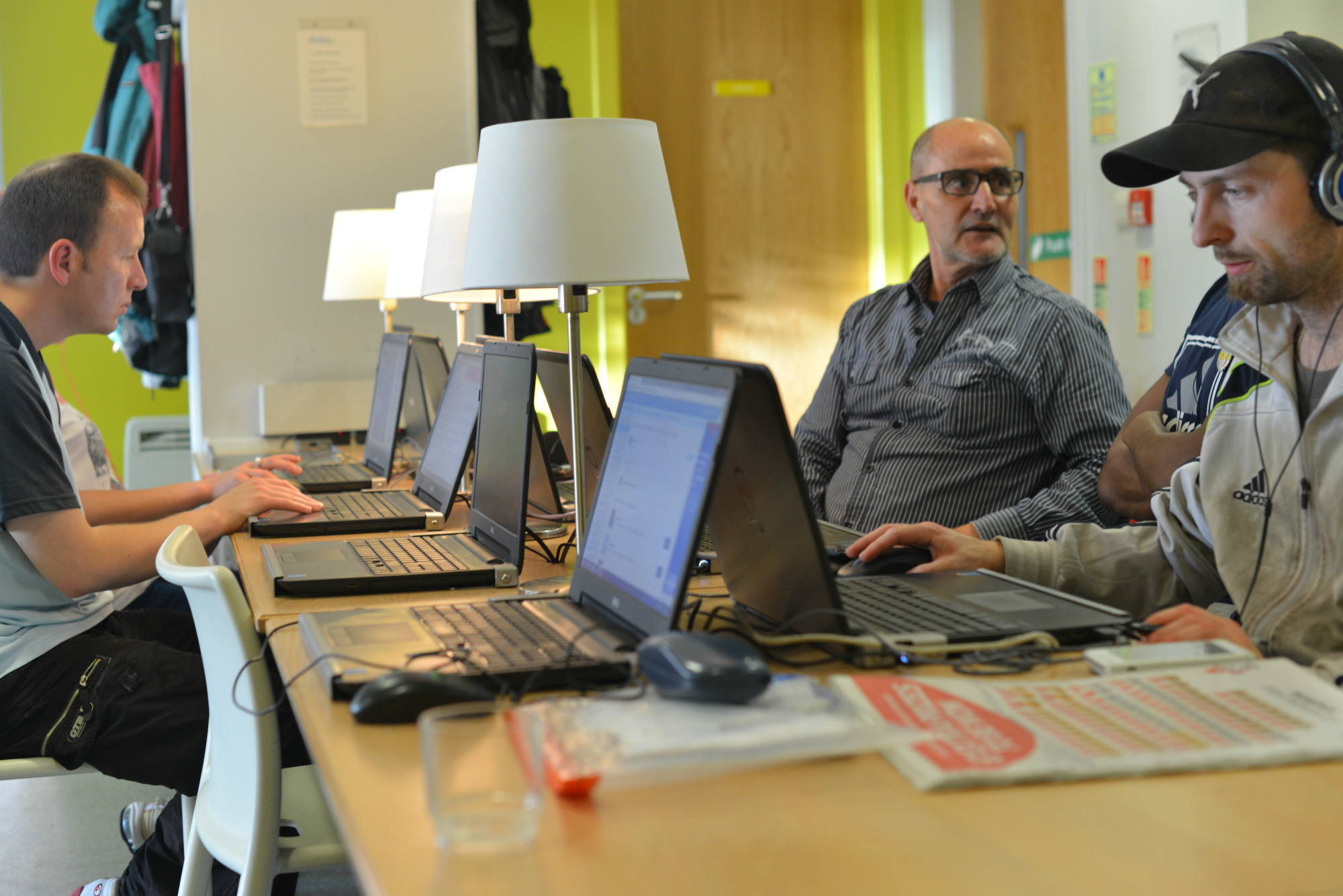