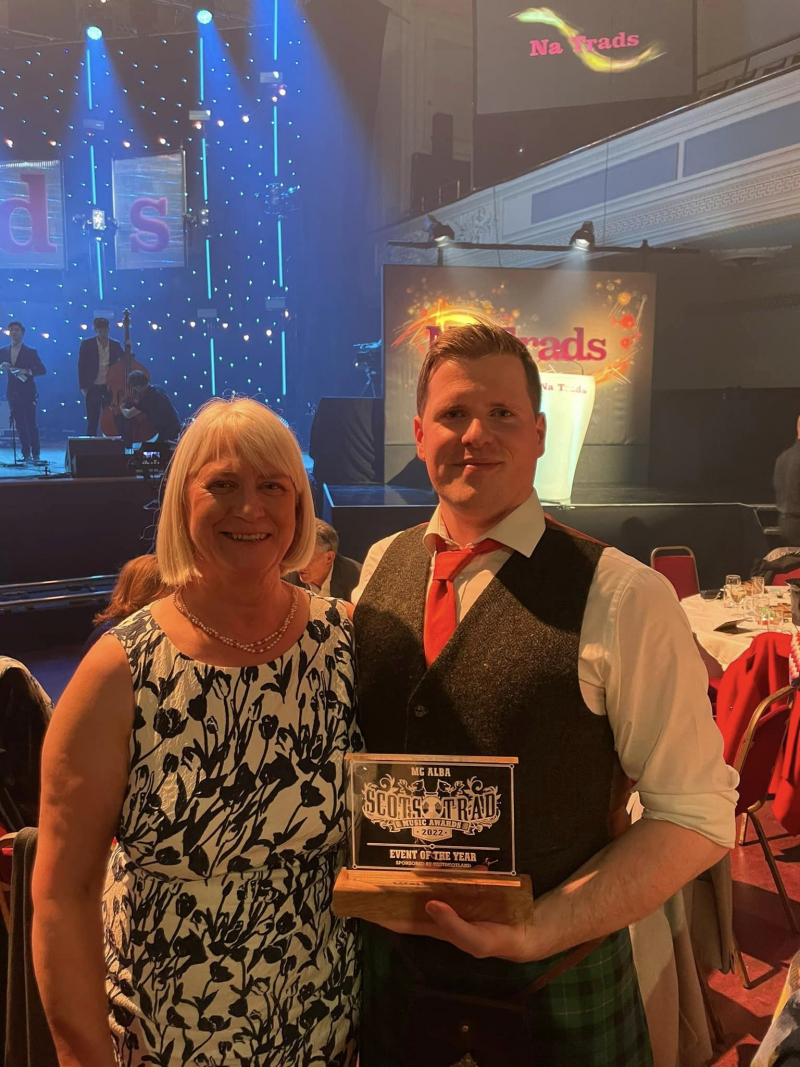 In a jubilant comeback at Dundee’s Caird Hall last night, island musicians and musical events had one of their best years ever, winning major awards in a range of categories.

Stornowegians saw Hebridean Celtic Festival named as event of the year at Na Trads, their award sponsored by VisitScotland. 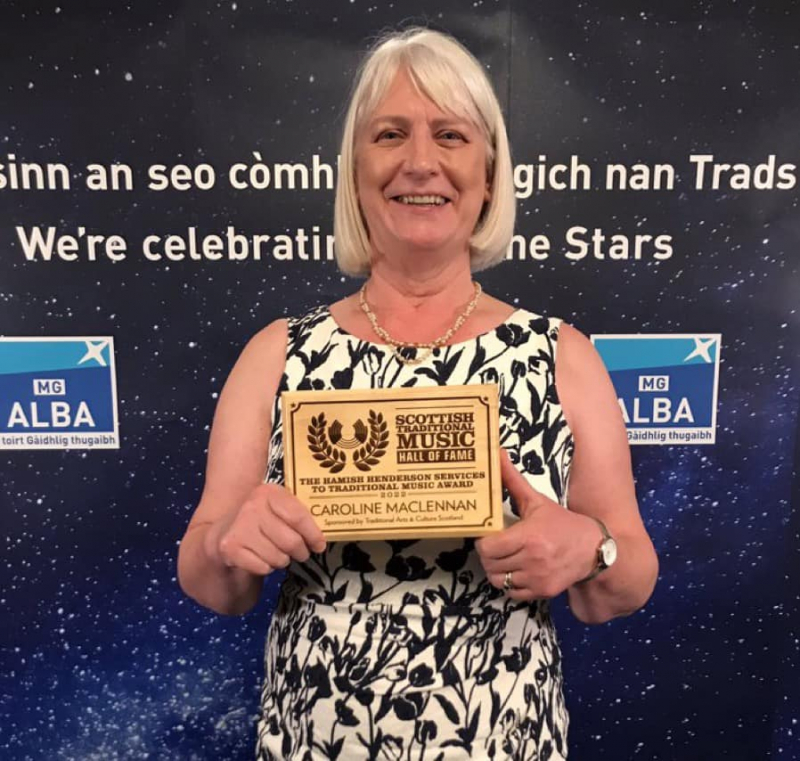 To complete a perfect night for HebCelt, outgoing director Caroline Maclennan of Breasclete was also awarded the Hamish Henderson award for services to traditional music, sponsored by Traditional Arts and Culture Scotland (TRACS).

Caroline shared acceptance of HebCelt’s event award with the festival’s new director, Graham MacCallum, at a night where the Western Isles was very well-represented.

Among the evening’s performers was Sandwick singer Mischa Macpherson, who performed for the assembly of music afficionados. 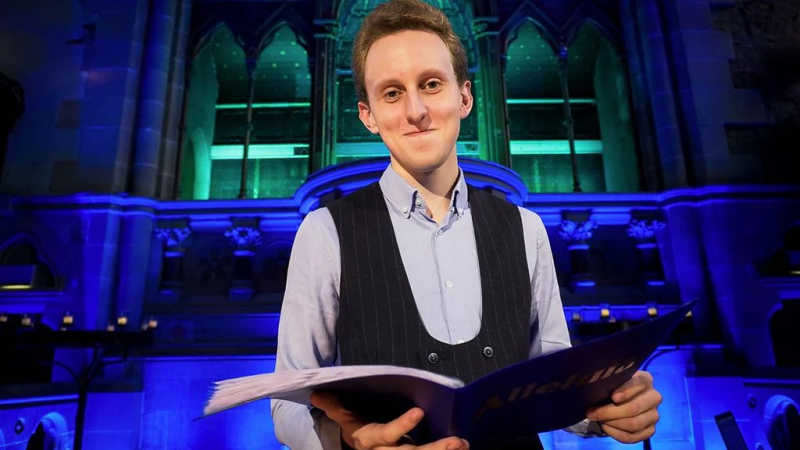 South Uist’s Ruaraidh Gray rounded off a golden year as he was crowned Na Trads’ Gaelic singer of the year, with Keith Morrison of Wee Studio taking the award for studio engineer of the year home to his new studio in Ness.

Alan Morrison, head of music at Creative Scotland, said: “The scope and scale of the MG Alba Scots Trad Music Awards is nothing short of astonishing.

“This year’s winners represent the past, present, and future of Scotland’s traditional music, with artists and organisations hailing from the length and breadth of the country.

“Congratulations to all the winners and nominees, because it’s your passion and pride in Scotland’s heritage that make Na Trads one of the most important cultural events of the year.”

Hands Up For Trad founder Simon Thoumire said: “In difficult times bands are getting back out on the road and filling venues across the world, bringing joy to people, and it’s great to be back to celebrate this and showcase all the work that has been taking place to fill people’s lives with music, whilst also remembering that we need to support our clubs and venues.”