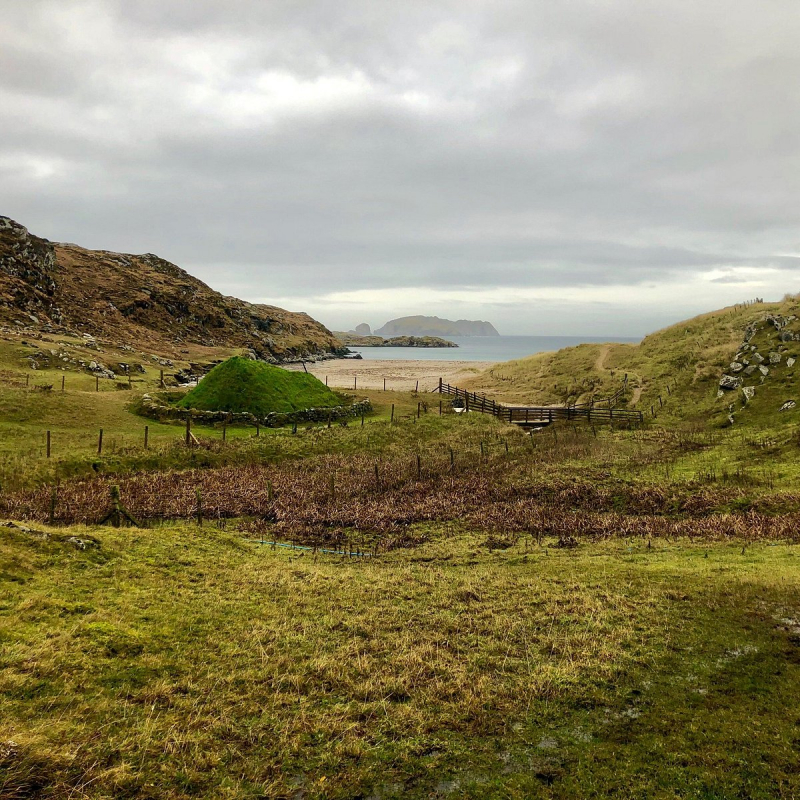 The trustees of the iron age house at Bosta beach in Great Bernera are saying a fond farewell to their specialist guide, Elizabeth Macleod, who has stepped down from her long-term role sharing her ‘home’ with visitors.

Elizabeth has been a popular and reliable guide to ancient living since 1999, when she stepped forward to fill in a few weeks at the newly-opened reconstruction house at Bosta.

But instead of filling in for a few weeks, Elizabeth stayed for 23 years, for all but two of those working five days a week from May to September.

Her success as an interpreter of iron age life is witnessed by many visitor reviews, describing her as ‘knowledgeable’, ‘welcoming’ and able to bring life to ancient times.

Many visitors happen upon the iron age house by accident when visiting the beach at Bosta, although there are also regular tour groups, especially when the cruise ships come in. 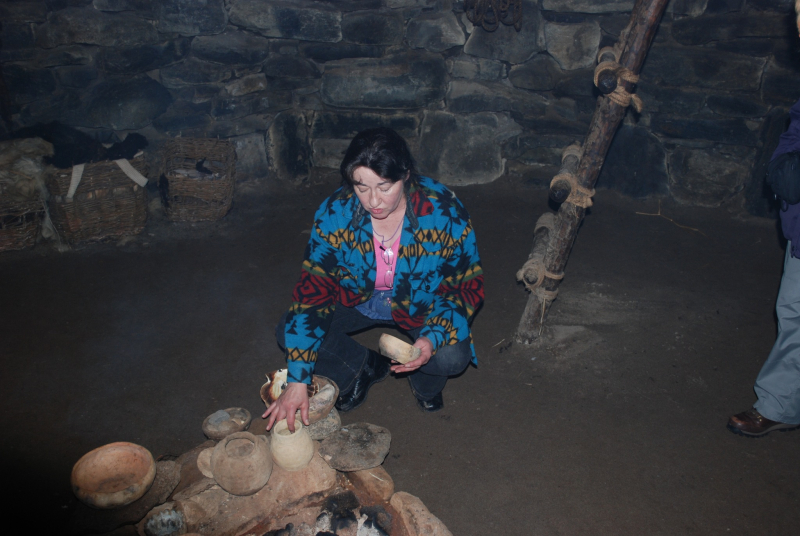 One surprised visitor wrote on TripAdvisor: “It is warm inside, furnished and the lady there is most knowledgeable. You really get to experience the house as a home. We did not expect this and were completely surprised in the best possible way.”

Bosta’s iron-age house is a reconstruction of one of the houses excavated at Bosta Beach in 1996. It’s constructed and interpreted according to best available knowledge and is also used for experimental archaeology.

Elizabeth has welcomed thousands of people from all around the world, telling them stories about the house and people who lived in the area around 1,300 years ago.

A spokesperson for Bernera Historical Society said: “Having spent so much time in the house she has had a unique insight that into how the people may have lived in and used the house, and many of the assumptions made by the archaeologists at the time of the Bosta dig in 1996 she has either confirmed or, more often, concluded something different.

“For example, the archaeologists called the small second room ‘the women’s work room.’ Well, Elizabeth tried to work in that room and found it too cold and dark to be able to work in, especially when the fire and space was in the main room.

“Her conclusion is that the second room was in fact the food store, where enough food could be stored for the family of about 12 for the long winter months. 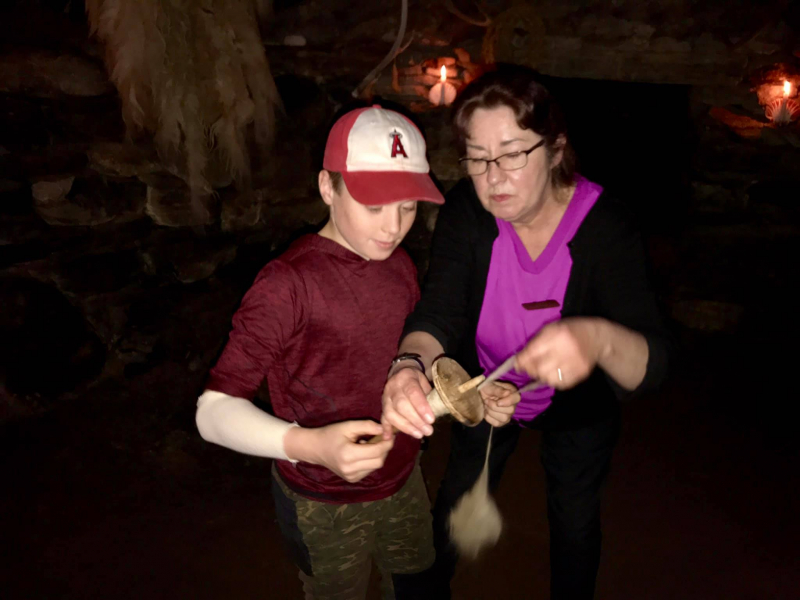 “Elizabeth also experimented at the house and made her own pottery from local materials and sun-dried it, smoked different foods over the peat fire, dried fish and meat in the sun, drop-spun wool and made rope from grass found outside, as well as generally getting to know how the house was set up.

“This has been living and experimental archaeology at its best.”

The trustees said: “It is justified to say that the iron age house is the main attraction on Bernera and that it has been Elizabeth that has made it so.

“Elizabeth is going to be missed and we are all sad that she has made this decision, but at the same time are happy for her and thankful that she has dedicated so much time to the Bosta iron age house.

“The trustees are looking to find a new guide for the 2023 season and the opening of the iron age house will go ahead as normal. After all, there are already 12 tour groups booked in for next year!”