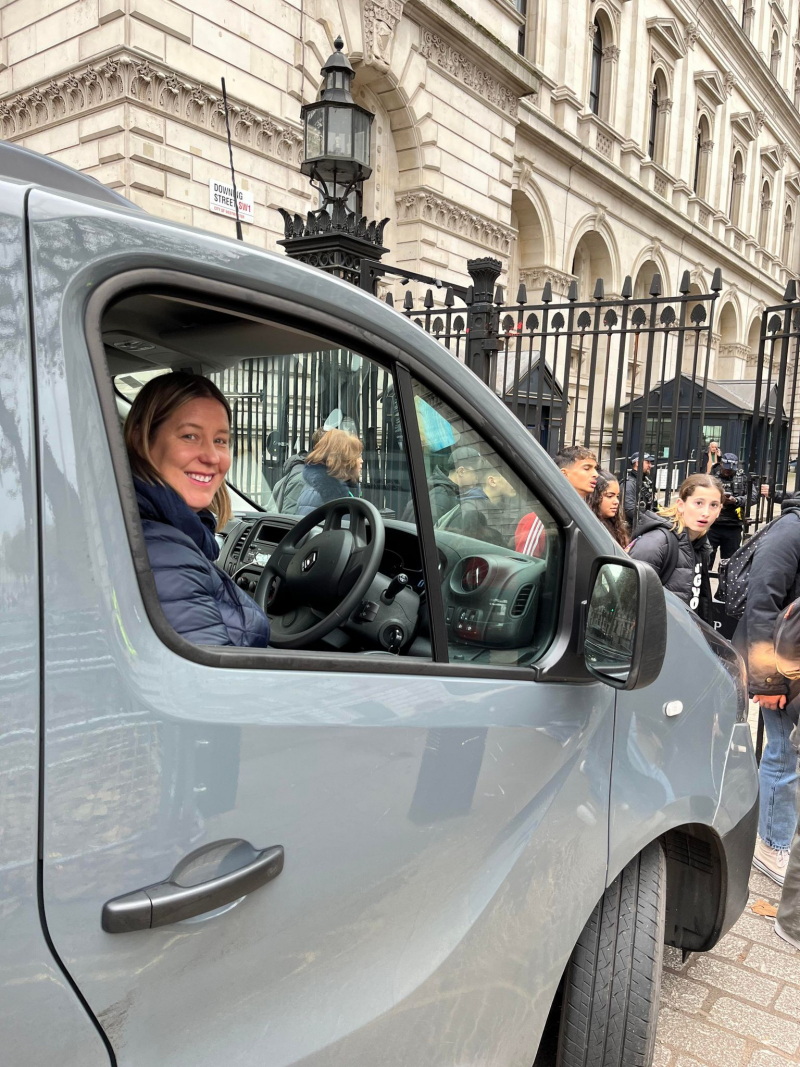 Sandwick Bay Candles founder Megan Macdonald is on her way home to Stornoway today (Thursday 1 December) after a day promoting her island company to those who walk the corridors of power.

Megan’s growing business was one of only 12 invited to spend yesterday at the Downing Street Festive showcase, taking her place in an iconic setting and at very short notice.

She and husband Donald made the whirlwind journey after a phone call last week invited her to bring her wares from South Beach, Stornoway, to Downing Street, Westminster. 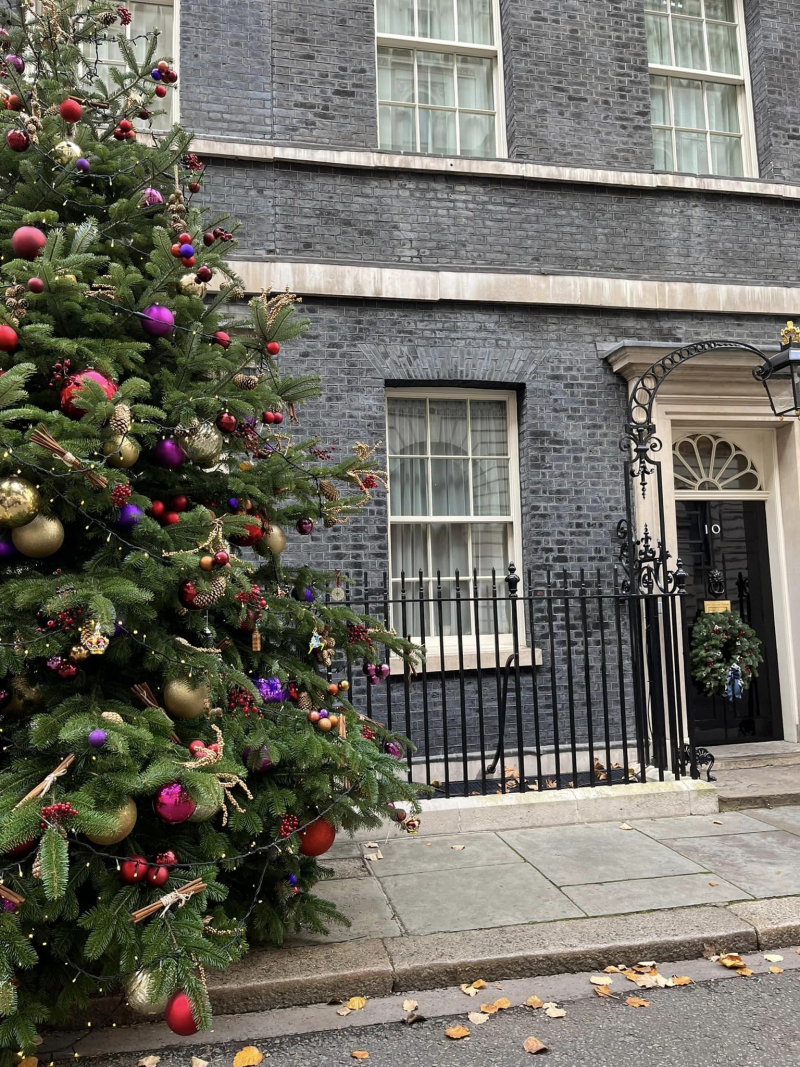 Despite initially thinking the message might be a scam, Megan was able to respond immediately and pack the car with signature products like their specifically masculine ‘mandles’ and Christmas-themed fragrances.

In Downing Street they set up shop under an open marquee and prepared to meet guests including Prime Minister Rishi Sunak and his wife Akshata Murthy, tempting them with festive fragrances from the Western Isles.

But they also had other excitements including driving through the security gates at Downing Street and seeing the newly-installed Christmas tree. 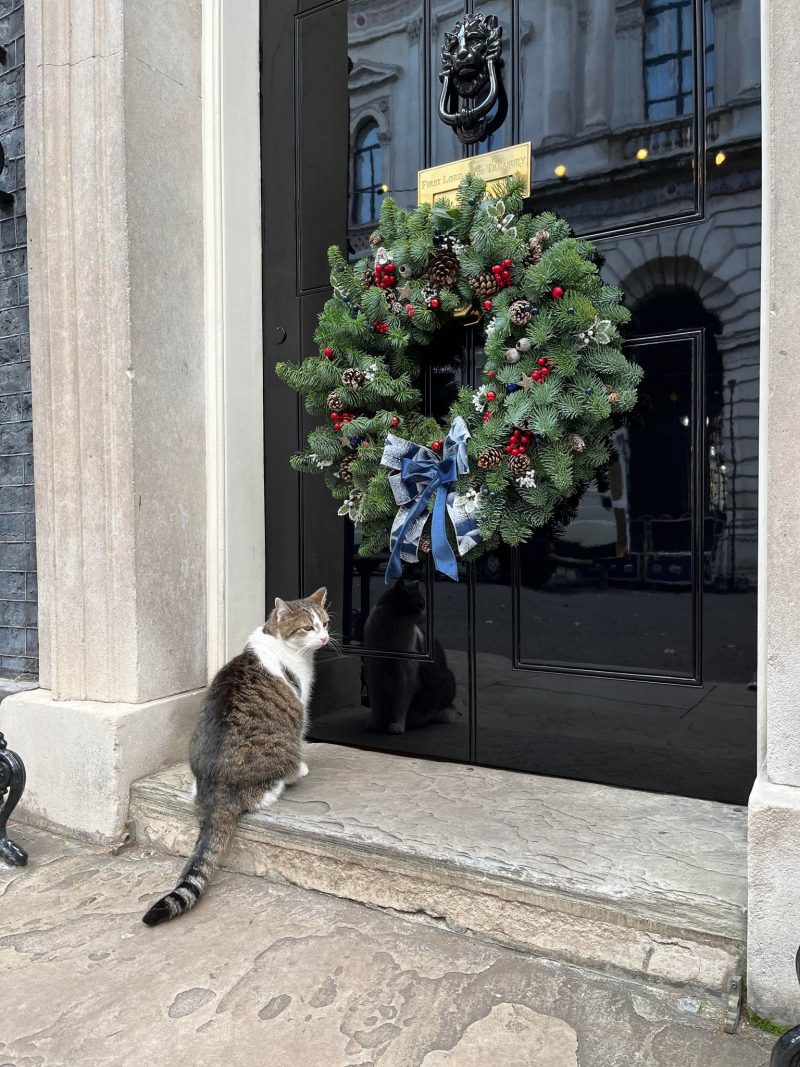 Last night on the way home Megan said the whole experience had been ‘surreal and amazing,’ with lots of interest shown in the company, the candles and the home surroundings of her products.

Megan told welovestornoway.com: “Rishi and his wife were lovely and really interested in how we were doing as a small business. They liked the range of mandles. 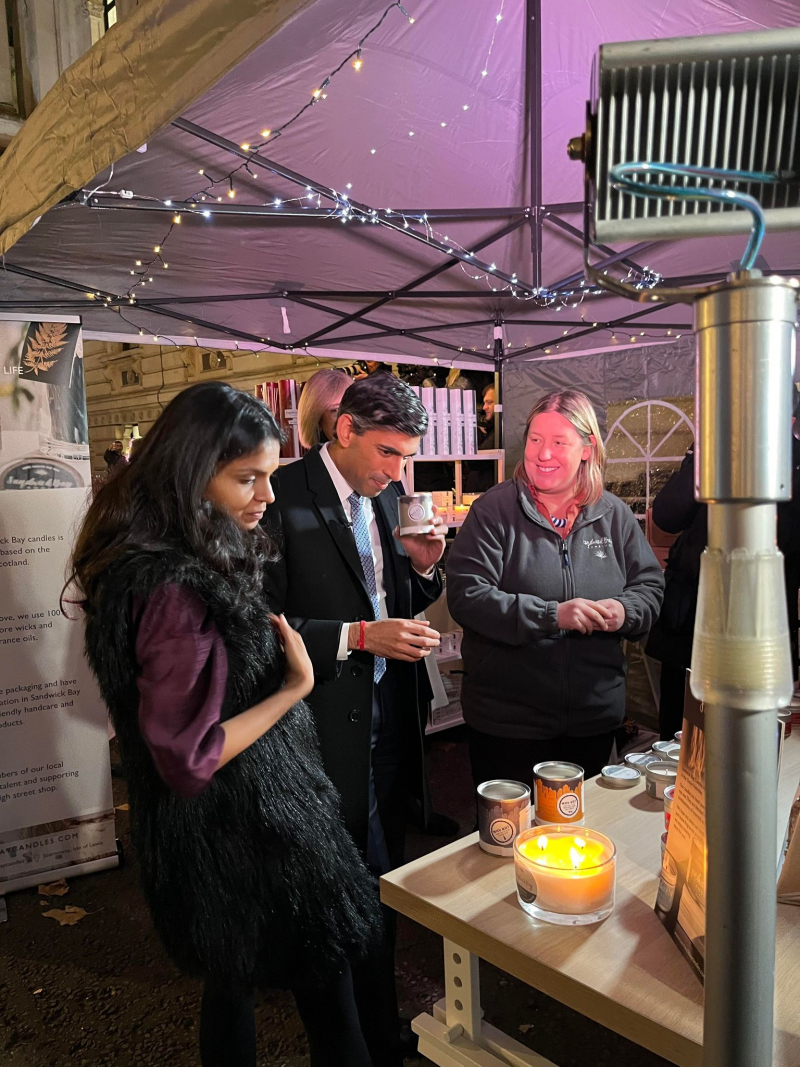 “There were about 100 invited guests, many interested in where we were from and how the business began. We spoke with the Australian high commissioner who had recently visited Lewis and Harris.”

Megan and Donald also took a few souvenir snaps, met Larry the cat on the doorstep of No 10, had a tour of the Palace of Westminster and sat in the House of Commons.

Despite the glamour though, for Megan it was business first. She said: “It was a great day with lots of conversations and lots of interest in the candles. And it was very exciting to see Larry the cat.” 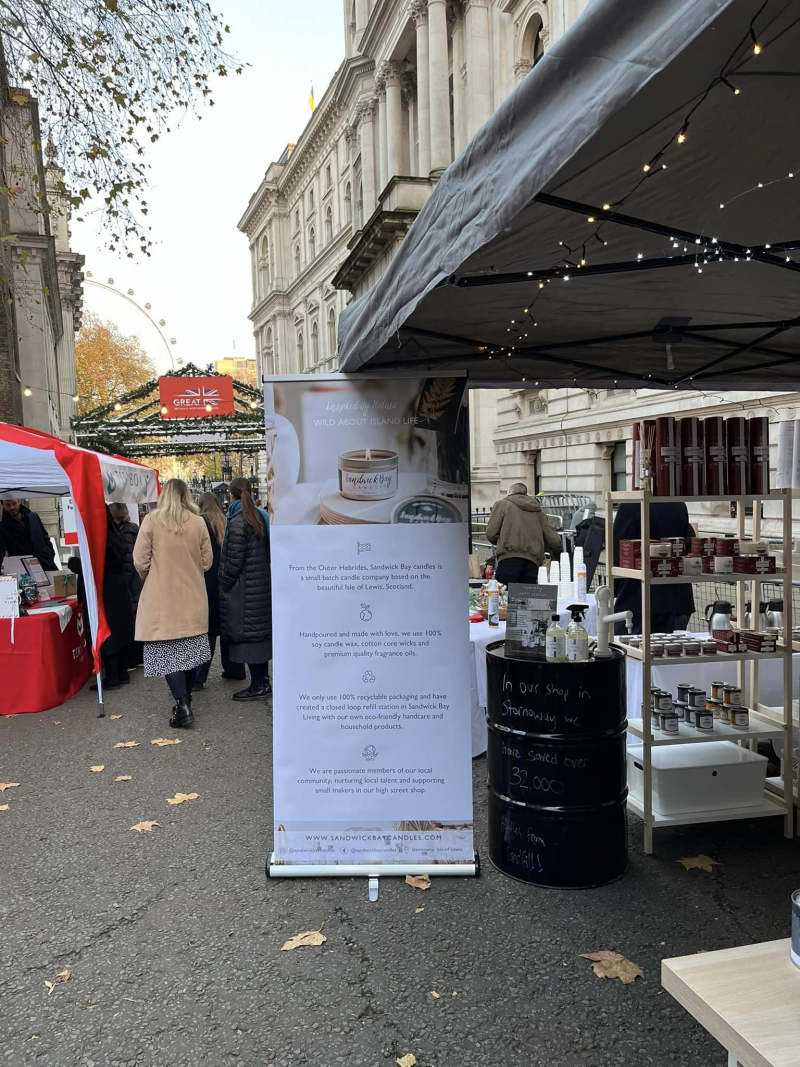 The pictures show the ‘surreal’ moment when the Downing Street gate was opened, the Sandwick Bay stand at the festive showcase and the Prime Minister and his wife sampling its delights. Megan also flies the Hebridean flag on the No 10 doorstep and meets Larry the cat.