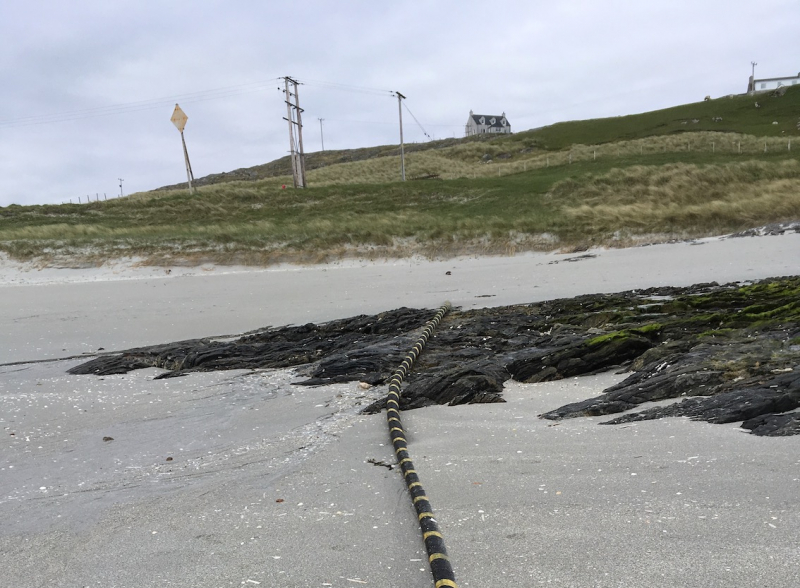 National UK regulators OFGEM seem to have agreed that it's worth trying to prevent Uist and Barra being cut off from the national electricity grid.

Earlier they had indicated a casual lack of interest whether the network was resilient enough to guarantee Uist had a power supply like somewhere on the mainland would assume was essential.

Now Comhairle nan Eilean Siar has welcomed an OFGEM announcement of support for replacement of the Subsea Electricity Cable to Uist.

The Comhairle had been concerned that replacement of the existing 31 year old Skye-Uist subsea electricity cable and the provision of a second, new, subsea cable for resilience was being disallowed by OFGEM.

The absolute importance of providing energy resilience to the Uist and Barra community was stressed to senior OFGEM representatives during a specially convened Comhairle/OFGEM/SSEN Distribution event held on 2 November.

In its determinations, announced yesterday (Wednesday November 30) OFGEM have responded to these concerns.

In what's called their Price Control determination for SSEN Distribution, OFGEM state that they still require clarification on SSEN Distribution’s Subsea Cable Replacement Strategy to make sure that the chosen options are optimal, consistent with wider network objectives and in the consumers’ best interests.

The need for this clarification means that the Skye-Uist cables project has been moved from being "a certain Price Control Deliverable (PCD) into a newly authorised Hebrides and Orkney Whole Systems (HOWS) Uncertainty Mechanism.

Funding is available for delivery of HOWS “during the early part of the 2023-28 Price Control” in line with further development of SSEN Distribution proposals and, in a clear signal of support for island connections, OFGEM have also committed £20.6m of pre-development funding for HOWS projects.

Initial indications from SSEN Distribution are that these arrangements are capable of delivering the necessary resilience to the Uist and Barra community within an acceptable timescale.

Councillor Paul Steele, Leader of Comhairle nan Eilean Siar, said, “We are pleased that OFGEM has responded to valid concerns raised by the Uist and Barra community.  Through vigorous and sustained engagement with the Regulator, we are now in a position where OFGEM is prepared to support the provision of new cables for Uist and Barra following final approval of SSEN Distribution’s plans.  This is a good outcome for the islands given the extremely challenging electricity network climate that OFGEM are currently operating within”.

An SSEN Distribution spokesperson said:“We are examining the full detail of the Ofgem's final determination and, on initial view, welcome Ofgem's approval of the Hebrides and Orkney Whole System (HOWS) uncertainty mechanism. SSEN’s priority is to ensure that the right whole-system solution is agreed and progressed to secure resilience and reliability for communities across the Islands.

“We believe this decision, and associated approval of £20.6m of enabling funding, will allow us to progress plans for resilience of the subsea link between Skye and Uist on an acceptable timeframe. This will take place alongside exploration of wider whole-system solutions.

“We look forward to working constructively with Ofgem and stakeholders in this process and securing timely approval of our plan.”