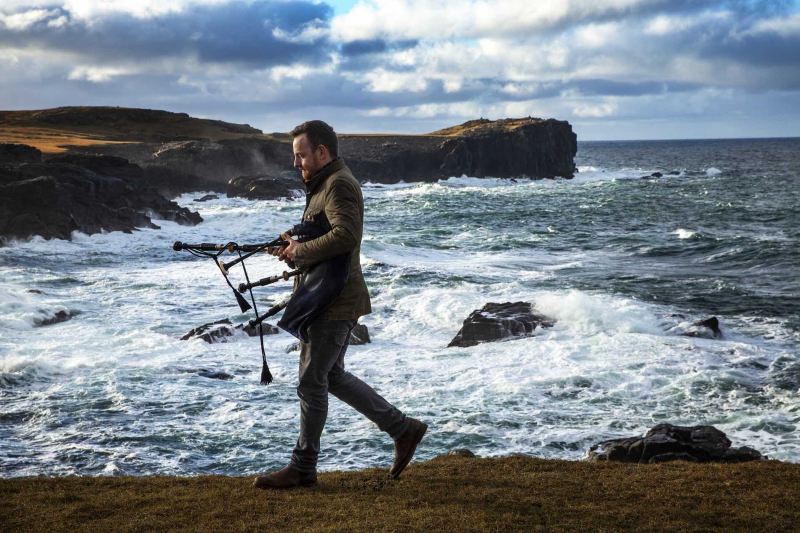 James Duncan Mackenzie from the Isle of Lewis will take to the stage at Europe’s largest winter music festival – Celtic Connections – in Glasgow between Thursday 19 January and Sunday 5 February 2023.

The piper and wooden flute player will join more than 1,000 fellow musicians from across the world taking part in the 18-day showcase of events spanning traditional folk, roots, Americana, jazz, soul and world music.

James Duncan Mackenzie will be right at the heart of the action, joining international sensations, rising stars and homegrown talent alike in entertaining loyal audiences flocking to Glasgow for the annual event.

The piper and wooden flute player, who is part of the acclaimed band Breabach but who is also known for his musicianship and tune writing, will perform a host of his own material at Glasgow Royal Concert Hall, Strathclyde Suite on Saturday 4th February.

To date James has released three solo albums as well as a tune book containing 70 of his compositions. Fìbhig, his new release, was written and recorded from home and is named after a small village on the West side of the Isle of Lewis near where he lives. The tunes on the album are inspired by place, people and island life. He will be joined for this live performance of the new record by some very special guests who played on the album.

Donald Shaw, Creative Producer for Celtic Connections, said: “We are very much looking forward to welcoming audiences from near and far to the 30th edition of Celtic Connections in Glasgow - it’s set to be a really special start to the new year.

“We’re always thrilled to be able to showcase brilliant Scottish artists from across the country and we’re looking forward to seeing them entertain crowds on this international stage this January.”

Tickets for Celtic Connections 2023 are available from www.celticconnections.com.