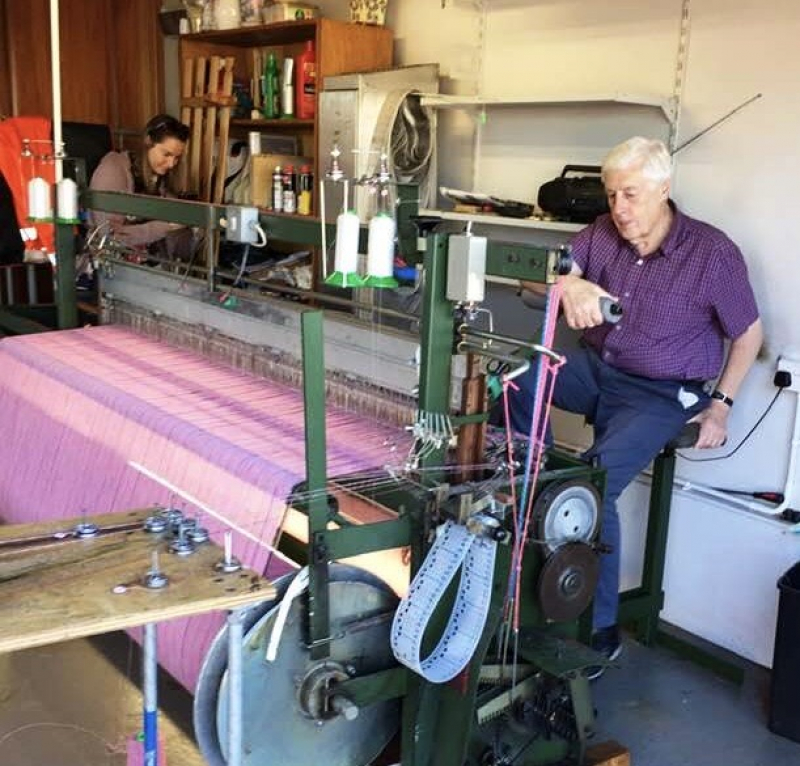 The funeral was held on Saturday (5 November) of a dedicated servant of the community, Neil Macleod of Fleming Place, Stornoway, and South Lochs.

Neil passed away after a short and sudden illness on Tuesday 1 November, at the age of 76 years.

His funeral from Stornoway Free Church, where he was a communicant member, was attended by many hundreds, testament to the high esteem in which he was held.

Described as a selfless, generous man who was passionate about island culture and community, Neil’s wide breadth of interests and contributions to island life ranged from engineering to sheep and embraced Harris Tweed, community ownership and the Gaelic language, in all of which he was knowledgeable and able to speak passionately.

Neil was born in April 1946 at 5 Garyvard in South Lochs. The son of Johanna Macmillan of Orinsay and Malcolm Alexander Macleod, he was brought up with his two brothers and sister at his father’s family home.

First educated at Kershader Primary School, where he was in a class of four pupils, he much later chaired the energising group Co Chomunn na Pairc, which successfully transformed his old school into what is now Ravenspoint in Kershader.

His family moved to Laxdale when he was eight and he stayed at school until the age of 15, when he started an apprenticeship at local engineering company Colin Maciver Ltd. For a 46-hour working week he got a wage of £2 10s, the largest part of which went to his mother – he kept the ten shillings for himself.

At the age of 17 Neil went to Dingwall and gained more experience in engineering with Ross-shire Engineering. When he finished his apprenticeship he started work for a company called Fleming Engineering, going on to become a director and works manager. 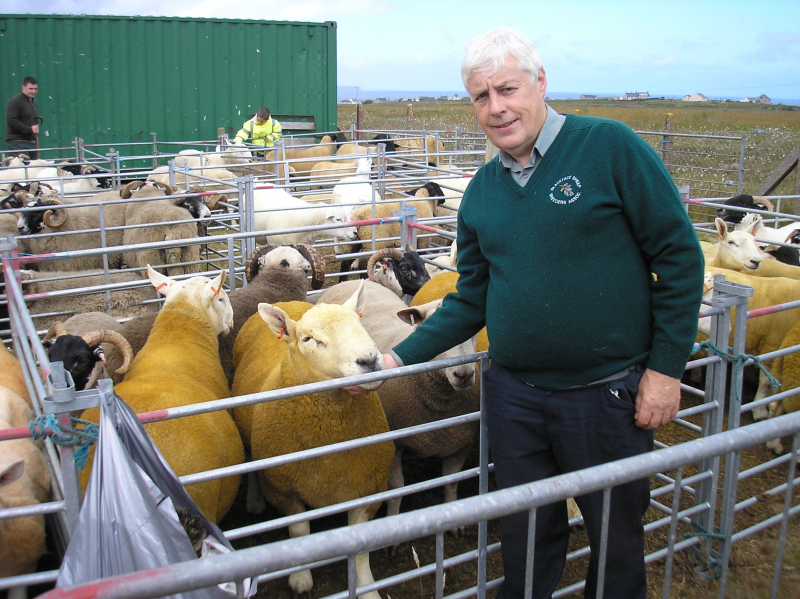 His own business, Hebridean Engineering Ltd, was set up in partnership with John Morrison and Alex Macarthur, creating a renowned island service whose team served the community for almost three decades.

After retiring in 2006, he trained as a Harris Tweed weaver and became a chairman of the Association of Harris Tweed Weavers. He continued to weave for Harris Tweed Hebrides until just four days before he died, his final tweed remaining unfinished in the loom.

Paying tribute after his funeral, a spokesperson for Harris Tweed Authority said: “Neil was an incredibly well-liked and well-respected man within our island and beyond.

“Whilst he had many business, voluntary and community roles and interests, our particular connection with Neil was as a weaver of Harris Tweed cloth. Indeed Neil was still weaving his final tweed only last Friday evening.

“Neil had a particular passion for the training and mentoring of new weavers and, as a skilled engineer, had led on initiatives and projects to ever improve the workings of the Griffiths double width loom.

“We enjoyed his very regular visits to our office, he showed interest in our work and offered sage wisdom and humour on all manner of things, Harris Tweed related or not.”

Locally, he served as a Crofting Commission assessor for almost 30 years, was chair of Lochs Agricultural Show, a director of Lewis Crofters Ltd, a founder member and first chair of Lewis and Harris Sheep Producer's Association, and a founder member of the steering group set up to redeem Lewis and Harris Auction Mart from the liquidators after the collapse of Heather Isle Meats.

He worked hard on behalf of crofters and the crofting communities and his enthusiasm, effort and tenacity were legendary. He was regularly asked to comment on the radio on crofting issues in his native Gaelic tongue.

Neil excelled at breeding sheep and was also a well-respected judge. He had two flocks of Blackface and Cheviots. Both were well-known on the island and beyond, having won supreme status on countless occasions at local shows and the Royal Highland.

For services to crofting and the island's community he was awarded the British Empire Medal in 2015, presented with his medal by the then Lord Lieutenant of the Western Isles, Sandy Matheson OBE.

At that occasion family members, relatives, ex-colleagues and friends gathered at Ravenspoint to hear Sandy pay tribute to Neil's commitment and dedication to crofting and the community for well over thirty years.

Accepting the award, Neil said: "This is a momentous occasion for me to have been considered worthy of this prestigious award. My recognition has to be shared as I was only articulating the aspirations of many. I hope I have lived up to your expectations."

In addition to his numerous other roles, Neil had a love of long distance running and was one of the first people in Lewis to qualify as a sports coach. He regularly trained junior and senior athletes and was a founder member and chair of the Stornoway Running and Athletics Club.

His nephew, Mike Donald of Scalpay, said: “My uncle was very generous with his time, a man of many talents. He was an engineer, a crofter, a shepherd, a weaver and a marathon runner.

“I learnt so much from him. He taught me to swim, fish, deliver a lamb and weave tweed and he was always happy to share his knowledge with others.

“He was passionate and committed about the island and the culture here, contributing as much as he could, whether it was in writing grant applications or giving interviews to the media. He always worked selflessly for the community.

“As a person he had a great sense of humour – he wasn’t loud or outgoing, but he was confident. He liked everybody and everybody liked him.”

Neil is survived by his wife Anne Chris, son Martyn and daughter-in-law Christine Macleod, a wider family circle and numerous friends and former colleagues, all of whom held him in very high regard. 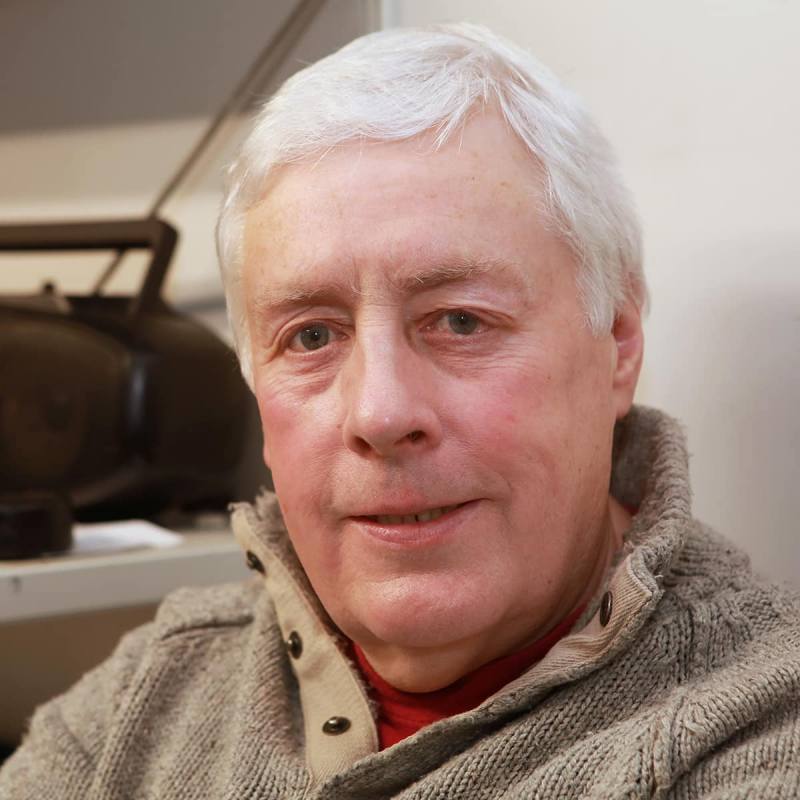 The pictures show Neil at his loom and with the sheep, two of the great passions of his life.