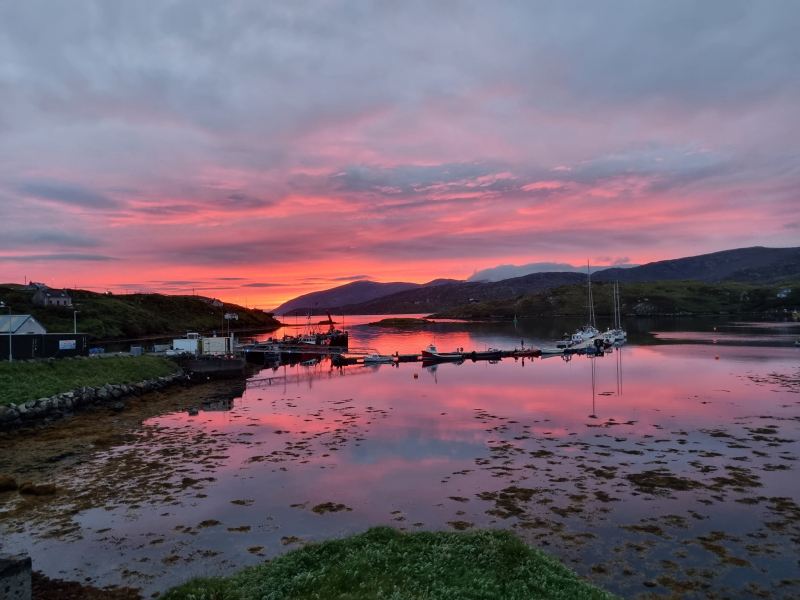 Scalpay’s North Harbour Bistro has wound up for the season and closed for the month of November.

However, the popular eating spot is currently planning its winter opening times and for the upcoming festive season.

Thanking customers for their support, the bistro commented online: “We would very much like to open for the festive period but would need the kind support of the wider community to make this viable, and we fully understand the circumstances in which we are all living in so we will be putting a Christmas menu up soon to see if there is the demand for us to open and if it will be reduced hours which we will open."

The North Harbour Bistro team has won award after award nationally over the years…for instance, they were on the list of The Top 100 Restaurants in Scotland announced in April 2019 and they won the UK-wide Good Food Award for both 2019 and 2020.

The eatery was earlier one of 10 finalists in the ‘hidden gem’ category of the Scotsman’s Food and Drink Awards and it was a finalist in the CIS Excellence Awards 2019 for the category ‘Restaurant newcomer of the year’.

All that followed a hatful of awards for the 2017 Scottish Food Awards as islands restaurant of the year, which also won a gold medal winner for its fish.  In 2018 restaurant founder George Lavery was named 'chef of the year' and 'informal fine dining chef of the year' in the same awards.

And social media is always ablaze with praise for George and his team.  A typical comment on their Facebook Page states: “There is no comparison between your food and the food elsewhere in the Hebrides or the Highlands, actually.  Your food is way above the rest and that’s fact.  The service is always a cut above the rest, too. What an amazing team you have.  Well done! Keep up the good work. Can’t wait to have my next meal there again!”

One comment on the latest post states:"We dined with you a couple of times over the summer when on holiday in Harris. Absolutely loved the food, location and service. Only wish you were closer to Yorkshire. Enjoy your well earned break."

Or from another earlier comment: “The food George serves is spectacularly good, puncturing the inflated reverence we pay to Michelin stars and celebrity chefs. The diners relax, they smile… they linger. In August, the tables are a mix of locals and visitors. The locals lean back in their chairs, chatting to one another. The subject matter is the food: what have you tried? What did you like? Visitors are swept into the discussions, they flush with gratified delight at being included in the conversation of locals: yes, they affirm, they too love the food! The locals are proud of the restaurant that is judged so well by these outsiders, proud of George; proud of Scalpay.”

George Lavery brings a world of experience to his role, first arriving in Harris more than a decade ago.  Trained originally at Anniesland College, Glasgow, he has worked in places as varied as Iceland, Jersey, France, and Luxembourg as well as a variety of places in the UK.  The chef from whom he learned most - and still describes as his mentor - is David Cameron, who won a series of Michelin stars for his restaurant in Jersey.  George has also worked on the special events circuit around the UK and beyond, for Wimbledon, Ascot races, Formula 1 Grands Prix and other top events.  For several winters he worked in the French Alps during the ski season.