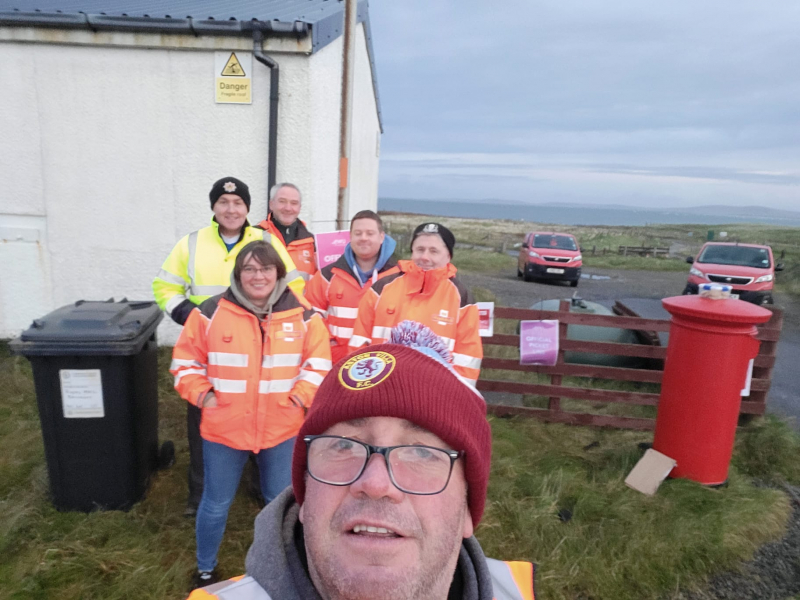 Na h-Eileanan an Iar SNP MP Angus MacNeil has called on the Royal Mail to 'stop the threats of job cuts to valued postal workers’ and 'engage meaningfully' with the Communications Worker Union to find an acceptable solution to prevent further postal strikes.

Mr MacNeil – whose late father was a postie – signed a Joint Letter from SNP MPs to the Royal Mail. The letter stated that it is "unacceptable to see the language employed by Royal Mail in threatening its workforce with job losses because they dare to ask for a fair work package."

Last week, the Royal Mail's announced its intention to slash 10,000 jobs, citing the strike action and low parcel delivery sales as the reason. Mr MacNeil has called this move a 'tactic in the ongoing pay dispute with postal workers' and has accused Royal Mail of 'acting in bad faith'. 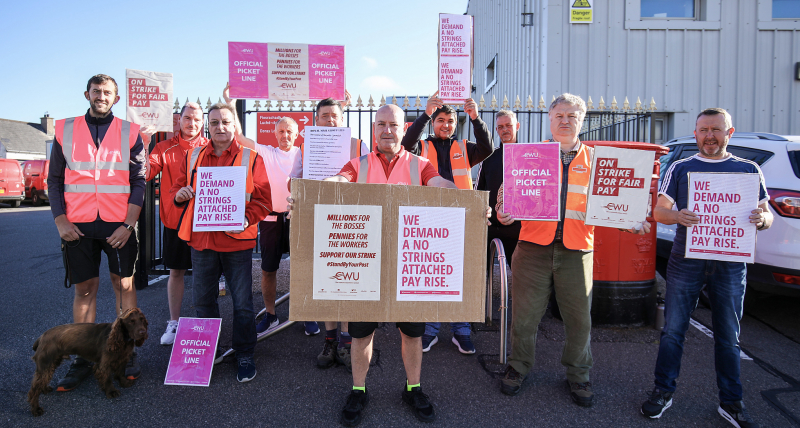 Mr MacNeil said: "Postal workers are struggling to make ends meet in the face of the cost-of-living crisis while Royal Mail shareholders benefited from bumper profits in the £millions.

"It is understandable that postal workers find the argument that there isn't money for them to have a fair wage unpalatable when there are millions of £s of profit for shareholders, who should share the burden – when hard working postal staff are struggling to put food on their table this winter.

"Royal Mail staff and their families need financial security. The decision to strike will not have been easy for any of them, but this is about more than pay; it is also about protecting the universal mail service we all expect and value.

"Royal Mail need to get back to the negotiating table – in a meaningful way – and put our communities at the heart of discussions."

The Royal Mail has issued a statement to customers. It says:"Strike action in delivery offices will take place on Friday 4 November and Thursday 9 November. Customers will not receive a delivery on those days except for Tracked 24 and Special Delivery items. Customer Service Points will be closed on those days and Redelivery and Parcel Collect services won't be operating.  Although deliveries will take place every day except Friday 4 November and Thursday 9 November, strikes elsewhere in Royal Mail mean there will be delays to the items being collected, processed and delivered during this period."

The Royal Mail also said:"The Communication Workers Union (CWU) has notified us they plan to call on their members who collect, sort and deliver parcels and letters to take six days of strike action in November.  Royal Mail has well-developed contingency plans, but we cannot fully replace the daily efforts of our frontline workforce. We’ll do what we can to keep services running, but you should expect disruption when strike action is taking place.

"Royal Mail and CWU have agreed to jointly engaged with ACAS facilitation in an attempt to resolve the current disputes on Pay and Change. There is a commitment on both sides to reach a resolution however we all acknowledge there are significant difficulties to overcome. An opening session took place on Tuesday 25 October and a further joint session is taking place on Thursday 27 October. Facilitated talks is something we have been requesting for some time and we’re working through the process as overseen by ACAS."