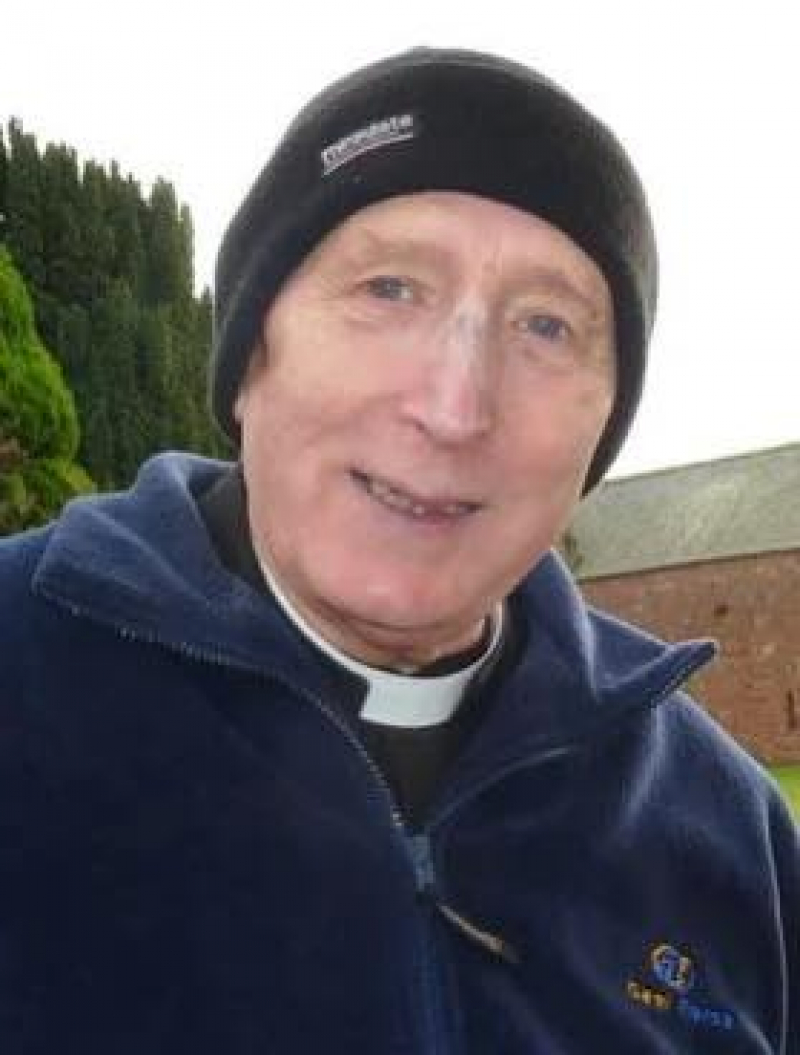 The death has been announced of Stanley Bennie, well-known in Stornoway and beyond as the founder of Isles FM, the community radio station which operated initially in the early 1990s from the front room of the manse in Springfield Road, Stornoway.

He was then the minister in the Scottish Episcopal Church of Scotland at St Peter’s Church on Francis Street, Stornoway, where he served for many years.  His late mother moved to live with him in Stornoway in 1991.

Stanley, who was born in 1943, was also well-known and liked at the former RAF base beside the road to Stornoway airport where he served as chaplain for some years.

The former editor of the Stornoway Gazette, Fred Silver, recalls Stanley’s immense drive to get local radio off the ground.  “Stanley would brook no obstacles in his way – in the days long before social media and the Internet, he saw a truly local radio station as vital to the life of the community.  I even read the afternoon news once or twice myself and found that was not as easy as it looks, let alone the challenge of establishing a radio station from scratch.”

David Morrison, the current managing director of Isles FM, said: “I'm so sorry to hear the sad news of Stanley Bennie's passing. He was a true character, a very clever and an extremely witty man.

“Without Stanley Bennie and his enthusiasm for amateur radio, there would, without doubt, never have been an Isles FM radio.”

A gentle man with a ready smile, a mischievous sense of humour, and strongly held views and feelings, Stanley emigrated to the Roman Catholic church 10 years ago and was a priest of the Personal Ordinariate of Our Lady of Walsingham.

Stanley passed away in the Golden Jubilee Hospital, Glasgow, on the afternoon of Monday October 24. Stanley also served in the Church of England before joining the Scottish Episcopal Church and was received into the Catholic Church and ordained for the ordinariate in 2012. He served groups and missions in Scotland.

On the Facebook Page of Portal Magazine, Father Len Black wrote: “It is with deep sadness that I write to say that Fr Stanley Bennie died peacefully at 3.55pm this afternoon in the Golden Jubilee Hospital in Clydebank, Glasgow.

“His brother, Douglas, and family arrived at 3.30pm having driven north from London. They, his close friends, and I were with him at his bedside.

“Yesterday evening at around 6pm, having driven south from Inverness I anointed him using the Rite of Penance, Anointing and Viaticum from Divine Worship Pastoral Care of the Sick and Dying.

“When I returned to his bedside this morning, I was told that he was still in a coma. He never regained consciousness. I sat with him all day until at 3.55pm he simply stopped breathing.  May he rest in peace.”