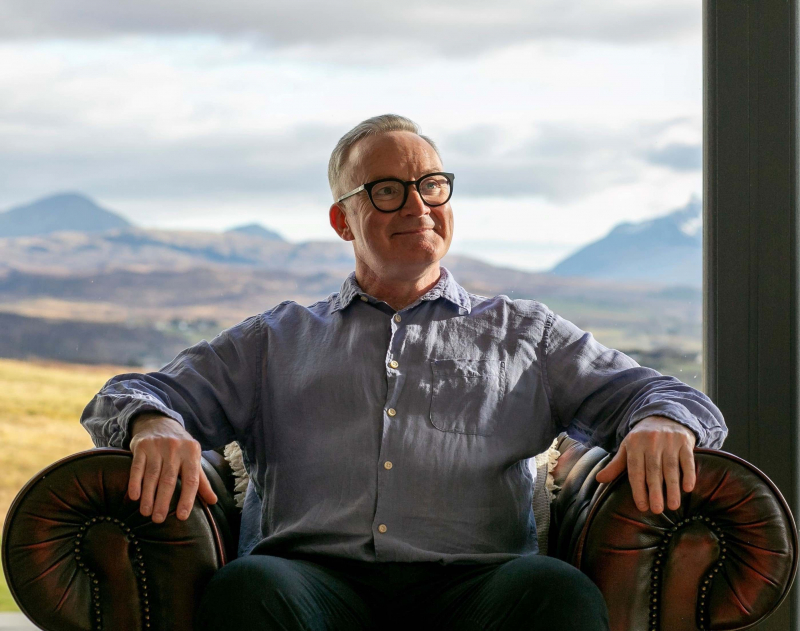 Writer, lecturer and media presenter John Urquhart of Harris has been named as the Gaelic ambassador of the year this morning (Friday 14 October) as he Royal National Mòd opens in Perth.

The fair city is expected to host around 7,500 visitors over nine days of performance, competition and cultural activity.

Those travelling to Perth for the event include choirs from the Western Isles making a return to in-person competition, as well as school students and individual competitors for the senior competitions.

This morning An Comunn Gàidhealach announced the annual Scottish Government honour of Gaelic ambassador of the year being awarded to John Urquhart a prominent figure in the Gaelic community.

John’s diverse achievements including writing Gaelic lyrics for rock songs, translating books and English hymns into Gaelic participating in the team which translated the New Testament from Greek into Gaelic. He was a Church of Scotland minister for 12 years.

An acclaimed author and poet, he won the coveted Donald Meek Award for his first poetry collection, Turas, and his second collection, Ceum, was shortlisted for the unpublished manuscript award by the Gaelic Books Council.

John, a lecturer at Sabhal Mòr Ostaig who presents the SpeakGaelic podcasts, is the 14th recipient of the prestigious award, designed to recognise and celebrate special contributions to Gaelic language and culture.

He said: “It’s such a privilege to receive Gaelic ambassador of the year and I am absolutely delighted to represent the Gaelic community.

“Gaelic is my first language and I have been working in education and entertainment for Gaels for more than 30 years, so it makes this honour all the more special.”

This evening will see the Mòd’s programme kick off with a torchlight procession from Perth High Street. A civic o ceremony will see singer Margaret Bennett officially open the Mòd, while the opening concert will launch the musical events.

That features some of the very best talent in Gaeldom, including Ness singer Ceitlin Lilidh and BBC presenters Gary Innes and Ewen Henderson, who were in performance at An Lanntair last night (Thursday).

James Graham, chief executive of An Comunn Gàidhealach, said: “Over the next nine days we will look to raise spirits by providing an opportunity for Gaels and Gaelic supporters to meet again and renew friendships.”

“The torchlight procession and opening concert are the perfect way to kick off the event with a bang and we can’t wait for everyone to enjoy the rich schedule of events, competitions and concerts we have on offer this year.”

The Royal National Mòd runs in Perth until Saturday 22 October.