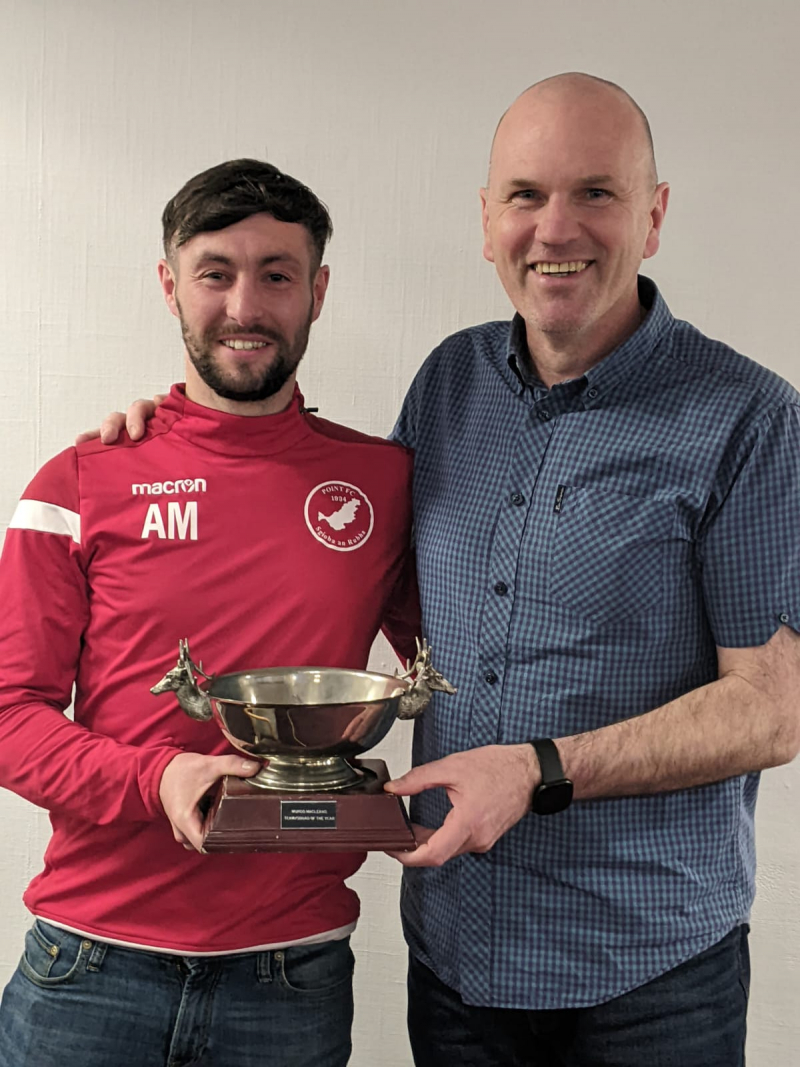 Eight awards were made last night (Tuesday 4 October) by Lewis and Harris Sports Council, recognising team efforts and individual contributions in island sport over the past year.

Most of the awards were presented in person as Lewis and Harris Sports Council held their AGM yesterday evening in the main council chamber at Comhairle nan Eilean Siar.

Among those honoured, Point Football Club were named Murdo Maclean team/squad of the year, an honour they described as ‘a great end to a great season.’

Point team manager Angus 'Stoodie' Mackay and captain Andrew Murray accepted the award on behalf of the club, adding it to a cabinet of silverware won through the season. 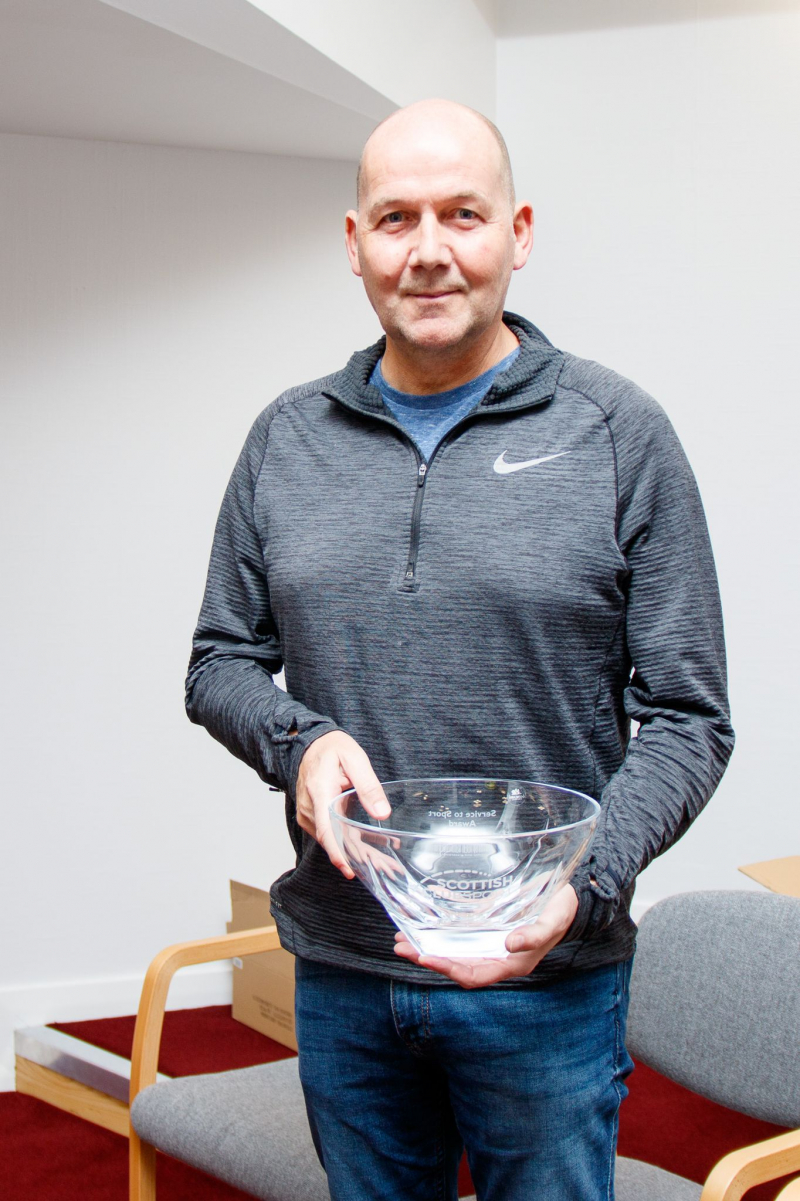 The Scottish clubsport service to sport award was won by Donald ‘Sweeny Harris’ Macsween for services to senior football. He was recognised for ‘a significant voluntary contribution to local sport over a lengthy period of time.’

Murray Macleod of Back football development club was presented with the Sport Scotland community coach award, recognising his work with the Monday night club for children from primary 2 to under-13 age-groups. 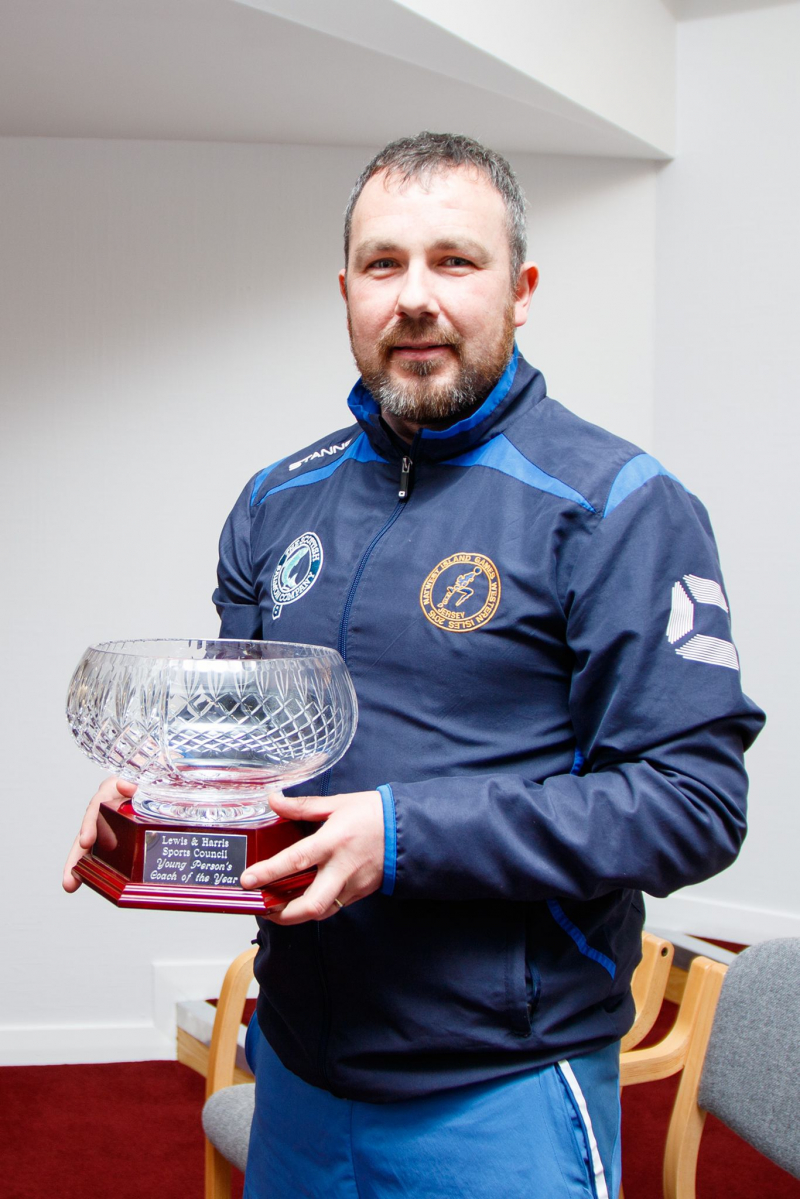 Sport Scotland’s young coach of the year was Joel Ferguson, who has been coaching with primary age children at Stornoway Athletic’s Monday night club.

The Lewis and Harris club of the year development award went to Uig and Bernera junior FC, which has built up a club of young footballers from nothing to a point where many of the district’s youngsters are now playing regularly.

Sports personality of the year was awarded to swimmer Kara Hanlon for her competitive achievements during national and international games, and as an ambassador for her home islands.

Still to be presented to Andrew Macleod is the award for under-18 sports personality of the year. Andrew recently signed a professional contract for Ross County Football Club.

Sports development officer Steven Munro said: “These awards honour the continuing commitment of our coaches and volunteers towards sport development across Lewis and Harris, and the outstanding achievements of our athletes across all age groups.

“We are grateful to Gary Grieve, national development manager of Scottish ClubSport and Donna Mackey, the partnership manager of the Sporting Memories Foundation, who visited the island to gain a better understanding of our sporting landscape and also presented awards to prize winners.”