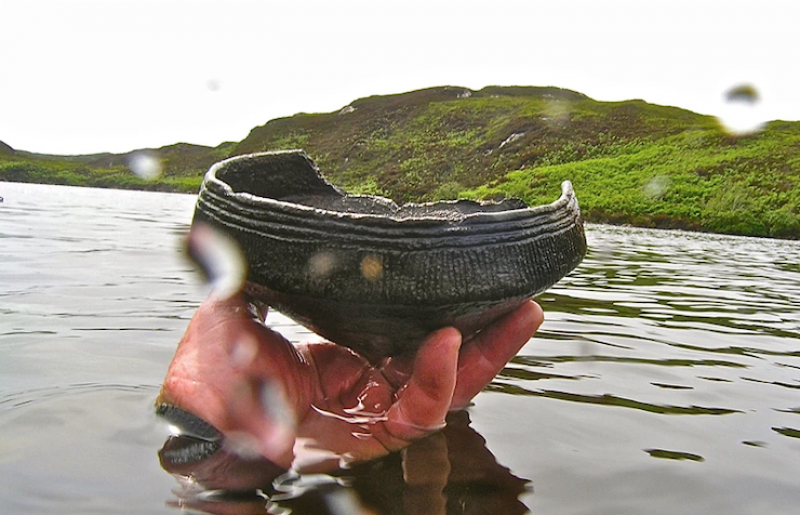 Two Lewis islanders have been instrumental in an archaeological revelation showing that Hebrideans were eating a dish that closely resembled porridge 5,500 years ago, according to research published on Tuesday 6 September.

The online journal Nature Communications (at www.nature.com as https://www.nature.com/articles/s41467-022-32286-0#Sec1) tells how research was was led by archaeologists and historians from universities in Bristol, Southampton, Bradford and Reading, with contributions from museum researchers in Edinburgh, London and Stavanger in Norway.

It focused on tiny food remnants found in pots retrieved from lochs in Lewis, but the researchers acknowledged that they would not have made the discoveries without the initial hard work of two Lewis residents.

Lewis diver Chris Murray has for many years made a hobby of diving around Lewis crannogs, the distinctive man-made islands within lochs, often linked to the loch shore by a narrow causeway or stepping stones.

He had retrieved from some of these sites not just pottery fragments, but some almost whole pots, and had taken his finds to Museum nan Eilean, where the late Mark Elliott, conservation officer, studied them.

Their findings from crannog sites in Lewis were responsible for attracting the attention of a whole team of archaeologists who, between 2019 and 2022, undertook controlled archaeological digs at some of the sites.

The researchers credited their local contacts in the report. They said: “We are all extremely grateful to Chris Murray and Mark Elliott through whose vision and hard work these sites were identified (and much of the material we have analysed recovered) in the first place.” 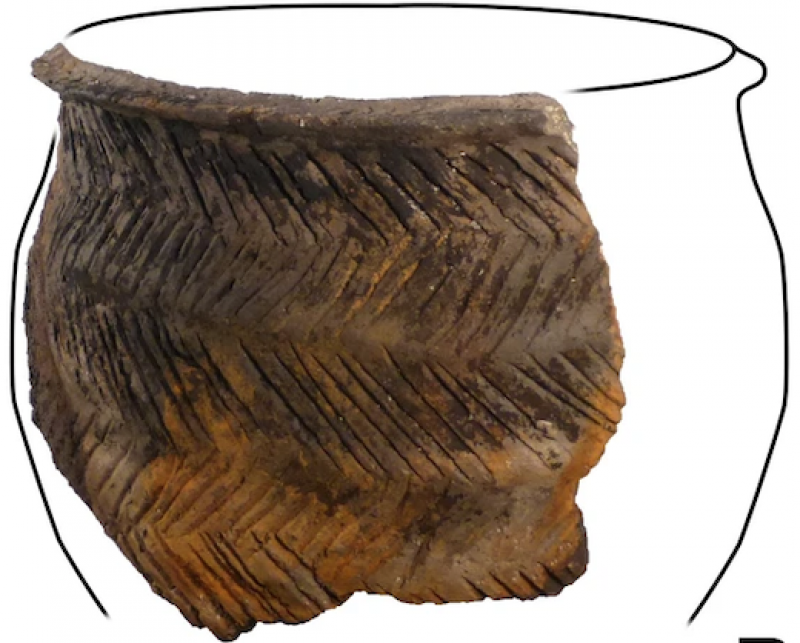 This week’s paper, entitled ‘Neolithic culinary traditions revealed by cereal, milk and meat lipids in pottery from Scottish crannogs,’ reported that within the pot samples they had found ‘evidence for cereals dating to ca. 3600 – 3300 BCE.’

They said: “By using a highly sensitive approach to analyse organic residues extracted from Neolithic pottery, we are able to directly detect specific molecular biomarkers of the cereals that were cooked in the vessels themselves.

“The exceptional contextual conditions of artefacts from four recently discovered sites raised the possibility that prehistoric cereal processing and/or cooking in pots may be detected through the recovery of cereal-specific biomarkers.

“This approach also opens up the possibility of exploring how a fundamental element of the Neolithic diet was being prepared and consumed, while simultaneously shedding new light on the lives and habits of the people that inhabited or visited these little-understood crannog sites.”

Researchers investigated finds from crannogs at Loch Langabhat and Loch Bhorgastail in north-west Lewis, Loch Arnish near Stornoway and Loch an Duna at Ranish.

Using scientific analysis to separate chemical markers of meat, dairy and cereal contents, researchers were able, they said, to identify: “the first direct evidence for the cooking of cereals in Neolithic pots from the 4thmillennium BCE.”

Their analysis also showed that wheat, and not barley, was being prepared at pots from all four sites, in contrast to evidence from other Atlantic Scottish sites, which shows barley dominating. They described this result as ‘both surprising and significant.’ 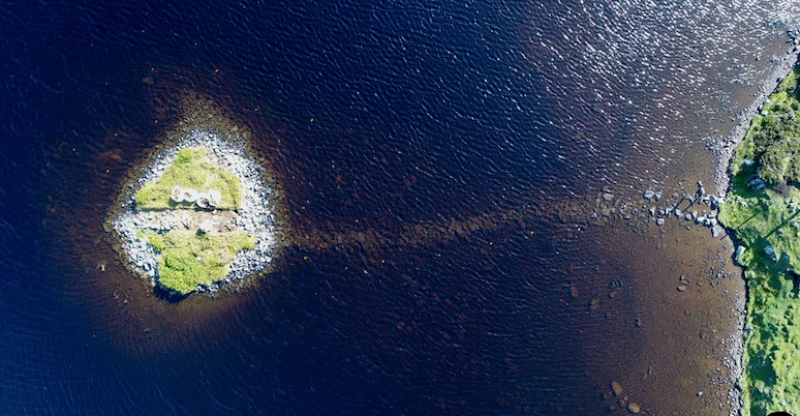 For porridge-lovers, though, the exciting evidence comes from eight samples which showed both cereal and dairy fat markers among the contents. These came from jars of a specific shape – either smaller or more narrow-necked than those which had meat residue within them.

They said: “It therefore appears that cereals were likely either boiled in jars used more-or-less exclusively for this purpose, or cooked in jars used for milk. It is quite plausible that both elements were conducted together … as a type of porridge/milk gruel.”

The researchers conclude that this behaviour at crannog sites is likely to have been exceptional, since there is not strong evidence of long-term consistent habitation there. They describe the sites as ‘liminal’ – out on the water and away from everyday life.

Taken together, they say: “New information gained from our study of the ceramic-preserved biomarkers provides compelling new insights – not only about the culinary traditions and behaviours of those people using these sites and depositing pots into the lochs around them, but also about the lifeways of these early farming communities in this region at the north-western edge of Europe.”

The pictures show one of Chris Murray’s Loch Arnish discoveries, part of a bowl from Loch Langabhat and an aerial view of Loch Bhorgastail, with the approach causeway visible.