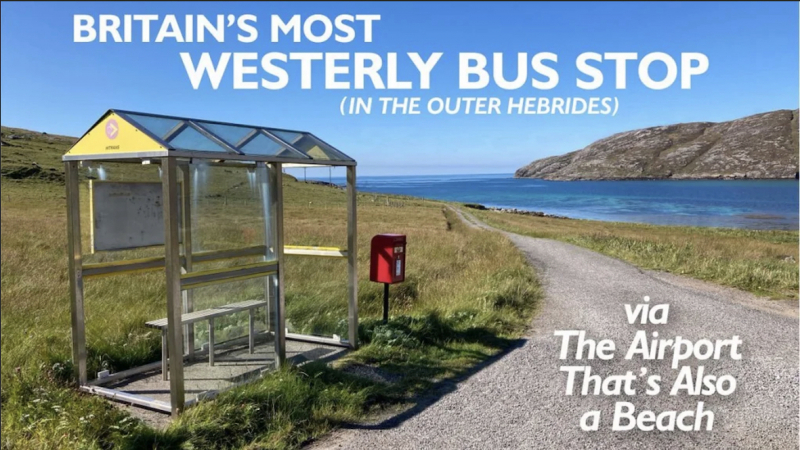 That’s not a story, said my more hard-bitten colleague. What, said I, it’s not a story that two people have flown specially all the way from London via Glasgow to visit a particular bus shelter on the Isle of Vatersay?  (writes editor Fred Silver)

Who, I said, needs visitor centres or interpretation boards – or for that matter, multi-million £ advertisement campaigns that only serve to clog up the arteries of our occasional ferry services – when you have a draw like Vatersay’s bus shelter?

According to transport geeks, this shelter is the most westerly in Britain and it is now a minor internet sensation, starring on Youtube, despite having a translucent panel missing and no timetables on display.

And this was the duo’s second attempt to reach Vatersay, the first having been foiled by flight cancellations last year.

Roger French OBE  – the person behind the travel blog Busandtrainuser explains:“During a couple of days bus riding in Shetland back in July 2018 I found myself visiting Britain’s northern most bus stop in the hamlet of Vasgarth on Unst which whetted my appetite for a follow on quest to visit the country’s southern most bus stop at The Lizard in August 2019; before the rather easier journey to the eastern most bus stop in Lowestoft in September 2021.

“Last Wednesday it was high time I made it over to Barra to finally tick off a visit to Britain’s westernmost bus stop and finally complete what had become an obsessive compass point challenge.

“Blog readers may recall my failed attempt a year ago last September on this mission when low mist meant the Loganair flight from Glasgow to Barra became significantly delayed and ultimately cancelled.

“This time I was more prepared by including an overnight stay into the schedule rather than risk trying to visit Barra and back the same day from Sussex as I’d done last September.

“Knowing my friend and railway YouTube creator Geoff Marshall had a Barra visit on his bucket list, we teamed up once again on this jaunt as we’d done on the aborted mission a year ago.

“You can see his absolutely fabulous video about the trip by clicking on this link. It’s well worth a viewing, bringing these words here to life.” 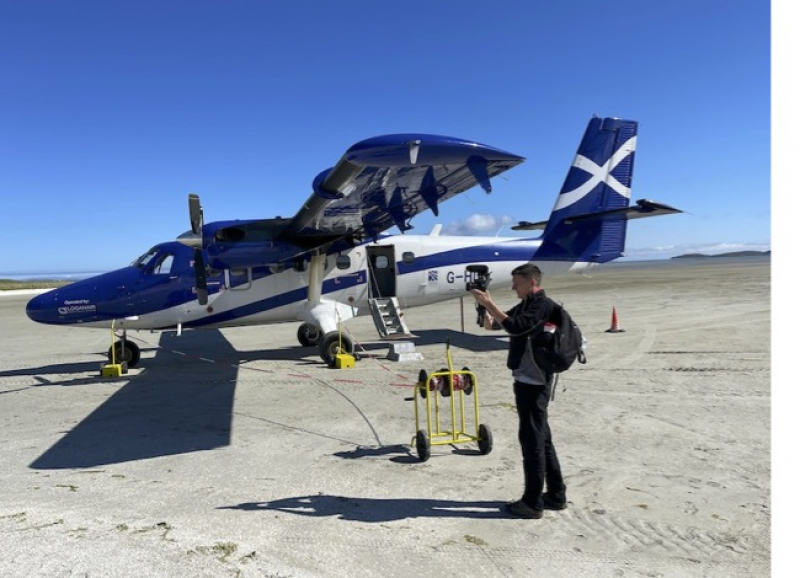 ”Geoff in filming mode (above) before the bus arrived at 14:11 ready for a departure to Castlebay at 14:20.

“We met Graham who was driving Aurora’s Mellor bodied Mercedes minibus on the W32/W33 on Wednesday and Thursday last week.

“What a lovely friendly driver he is too having only started with Aurora Trans Co earlier this year in March as a back-up driver. Graham is from Bromley and still has connections there and his wife is from Barra and oversees the harbour for Caledonian MacBrayne where its ferry to and from Oban docks, so the family now live on the island playing significant roles in the island’s public transport. 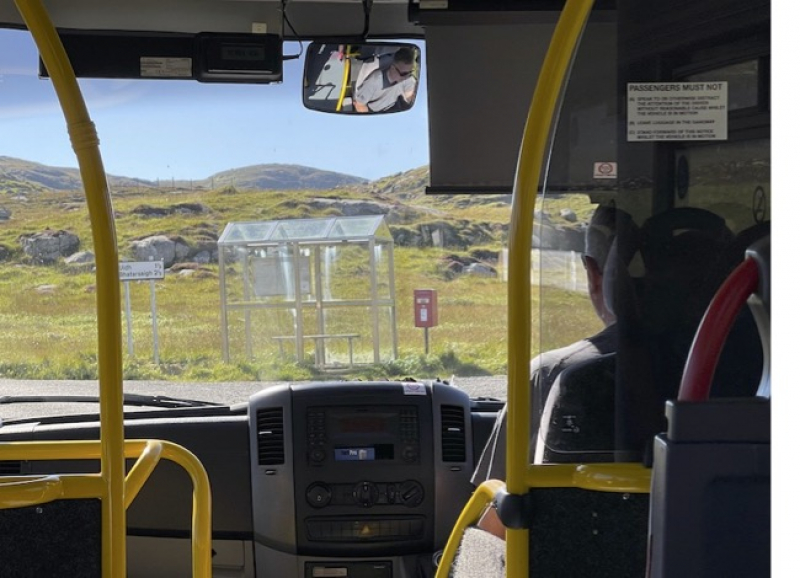 “Graham kindly posed the bus for my commemorative photographs and filming for Geoff’s YouTube video….much to the puzzlement of six curious school children, and we bid a fond farewell while he continued to the terminus at the southern end of Vatersay leaving us to take in the splendour of this famous bus stop. 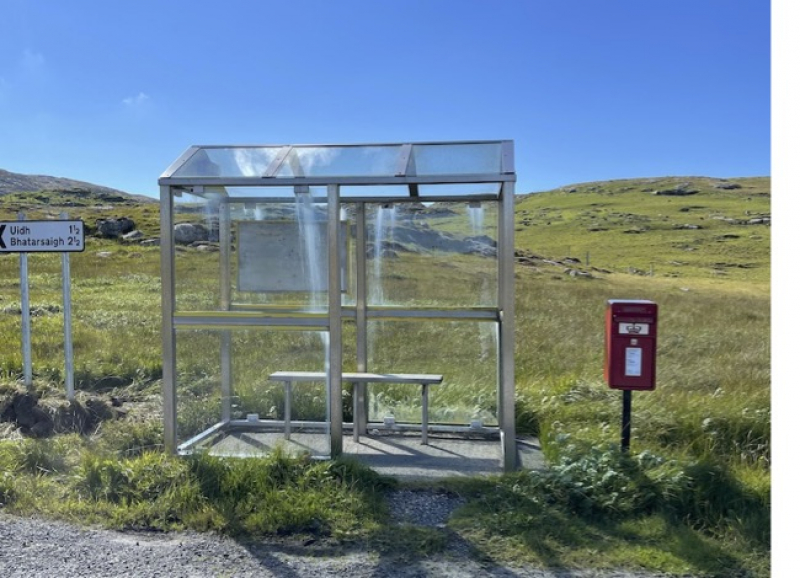 "It certainly beats Valsgarth, Lizard and Lowestoft for isolation.  It also wouldn’t win any prizes for care and maintenance with one end panel completely missing …. and an empty timetable case. But there is a bench inside it.  And a postbox right next to it, which gives it a lovely setting.

“The weather was so gorgeous for our visit last Wednesday and Thursday we didn’t trouble Graham for a lift back to Castlebay on his way back from the terminus having dropped the children off at their Vatersay homes and instead enjoyed a leisurely two and a half mile walk to our hotel for the evening and overnight stay.”

So, if you're still reading, I rest my case.  This is a story.