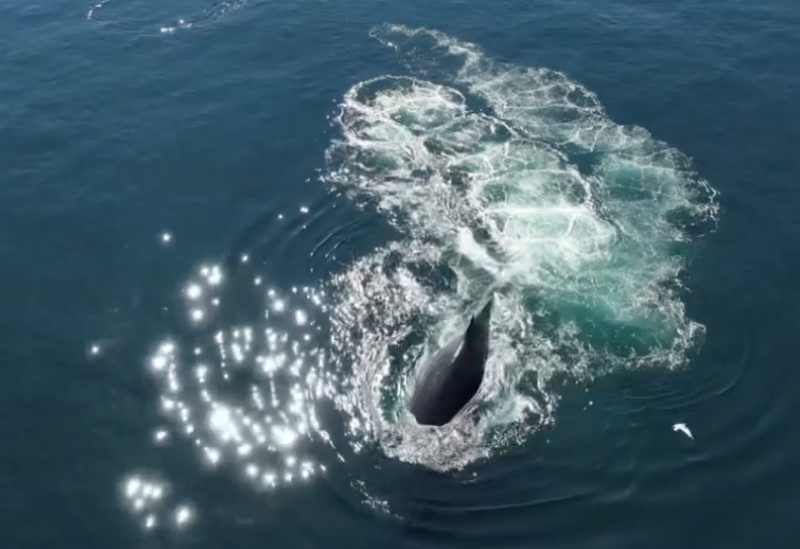 The songs, whistles and clicks of whales and dolphins could help measure the health of the Scottish Atlantic frontier, according to a paper published in a scientific journal yesterday (Wednesday 31 August).

Scientists from a group of research institutes including the Scottish Association for Marine Science (SAMS) in Oban and Marine Scotland Science in Aberdeen have reported on their acoustic research in the waters west of the Outer Hebrides.

In their paper for the online research portal Frontier, entitled ‘Monitoring cetacean occurrence and variability in ambient sound in Scottish offshore waters’, they concluded that cetacean movements may be affected by climate change, human activity and offshore wind development, with future research essential to maintain the health of Hebridean seas.

The research was funded by the European Marine Fisheries Fund (EMFF) and involved setting out 10 passive acoustic moorings (PAMs) to measure both ambient background sound and the specific songs, whistles and clicks of dolphins and whales.

Miavaig-based Seatrek Marine helped deploy and retrieve the equipment, which measured acoustic data between September 2020 and August 2021, using broadband acoustic recorders positioned in 10 locations about five metres above the seabed.

Mooring depths ranged between 61 and 174m and the mooring locations were selected to take account of factors including migration patterns, shipping movements and fishing activity, as well as good coverage of a wide area of coastal and deep water habitats. 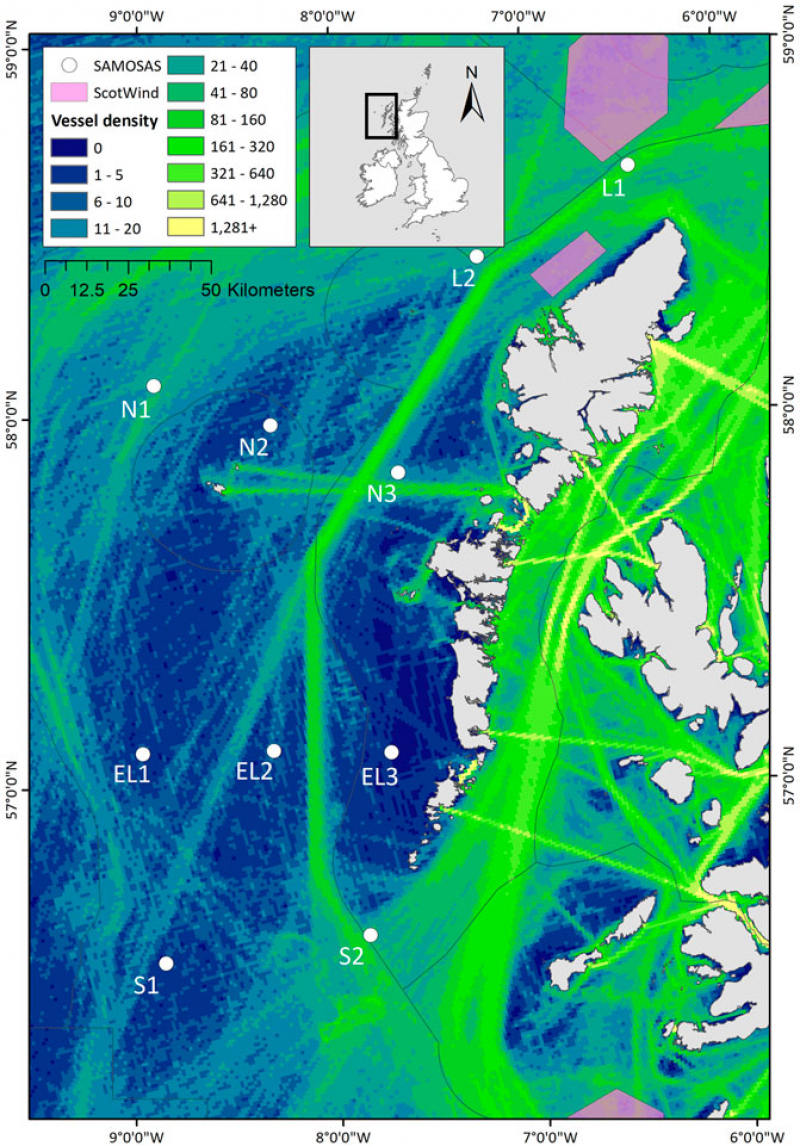 Researchers said that four species of baleen whales – the species formerly hunted in the area – were regularly detected. Fin whale detections peaked from October to January, humpback whale song showed a strong seasonal peak in March and April and minke whales were detected regularly throughout the year. Sei whales were also detected.

All the offshore sites recorded the echo-location clicks and whistles of dolphins almost daily, though there were slightly less from May to July inshore.

The researchers said: “The primary aim of this present study was the collection and analysis of year-round data on cetacean seasonal occurrence patterns and variability in ambient sound levels in the shelf waters west of the Outer Hebrides.

“Results from this study will feed into statutory reporting on underwater noise and will provide a valuable evidence base for future designation for Marine Protected Areas (MPAs) and Special Areas of Conservation (SACs) for cetaceans, and provide context for status assessment of neighbouring currently existing protected areas.

“Additionally, the results will contribute to assessments of future human impacts in the region, for example from shipping and offshore renewable energy developments.”

Among the research findings, the researchers observed a marked reduction in whistles and clicks at some sites from mid-May to early June 2021, directly following the military exercise Joint Warrior (1–20 May 2021).

They said: “Given the possible implications of these regular naval activities and otherwise frequent dolphin presence, the potential for a link between the timing of the exercise and the reduction of detections of delphinid vocalisations warrants further investigation.”

Overall, they said, the data is important for monitoring the ecological status of marine habitats.

They said: “The Scottish Atlantic Frontier is an important habitat for a variety of cetacean species. Historic whaling has heavily impacted several species inhabiting these waters and current comprehensive information about seasonal occurrence and distribution is lacking for all species.

“The results will feed into statutory reporting on underwater noise, support the identification and designation of future marine protected areas for cetaceans, and help guide management of future human-marine mammal interactions in Scottish offshore waters.”

The images show a map of the study area showing vessel movements and monitoring locations (Frontiers in Remote Sensing) and a humpback whale feeding off Tiree earlier this week (Basking Shark Scotland).