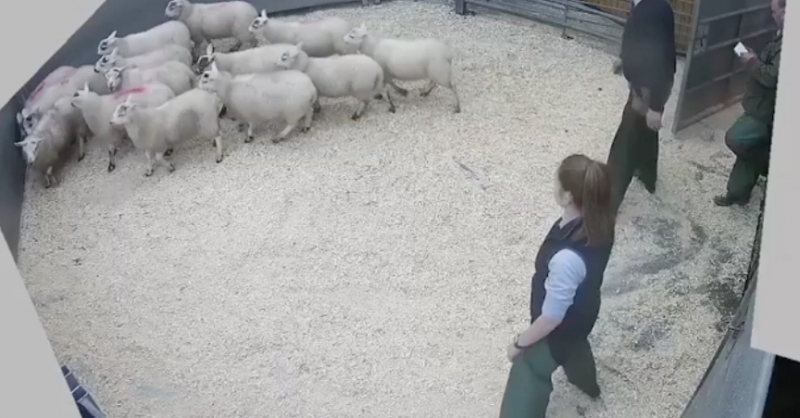 The first livestock sale of the Lewis and Harris season is closed for online bookings, with just a limited number of places available for telephone booking.

That’s according to Lewis and Harris Auction Mart, who are running the sale at their Steinish mart in conjunction with Dingwall and Highland Marts.

The first sale of the season, this year to be held on Wednesday 24 August, is traditionally busy, with last year’s equivalent sale seeing almost 4,000 animals passing through the pens and top prices described as ‘absolutely unbelievable’.

In fact mart directors described 2021 as a whole as a very successful year for the mart, with record prices seen for most classes of stock and sheep numbers breaking the 10,000 mark for the first time in many years, with 10,400 sold.

Lewis and Harris Auction Mart have also notified producers that there has been a change to the date originally advertised for this year's ram sale.

The sale will now be one of two taking place on the morning of Tuesday 11 October.

Mart directors said: “This change became necessary due to alterations in the flight times to Stornoway, resulting in mart staff not being able to be here on the afternoon prior to the cattle sale to hold the ram sale as planned.

“An alternative was agreed that involved holding two sales on 11 October. Producers must note that the ram and sheep sales taking place on 11 October are two separate sales with two different catalogues.

“Producers should book breeding rams for the ram sale and all other classes of stock, including cast rams, for the sheep sale later the same day. Links for the two different sales are now live on our website.”

The website and online booking links are at http://lewisandharrisauctionmart.co.uk/index.html

Picture from the livestream of one of the Lewis and Harris sales in 2021.