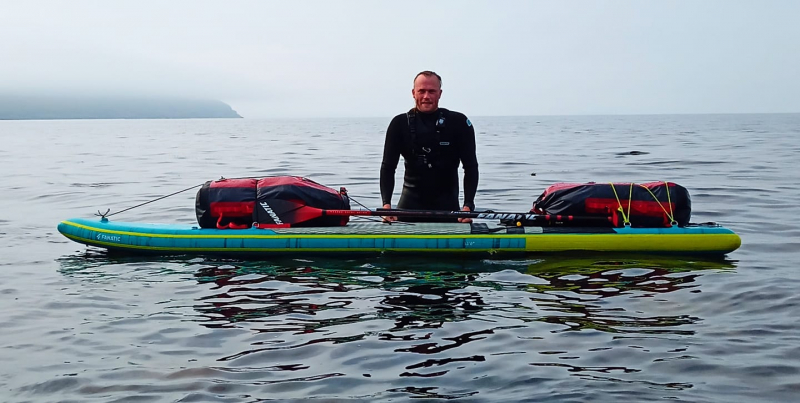 Paddleboard adventurer Charlie Head is back in the Western Isles today (Wednesday 10 August) – but this time he has his board pointed far north in solidarity with other sea creatures.

Charlie has become a familiar visitor to the islands as he sets himself challenges for open-water paddling – last year alone saw him cross 70km of Minch from Stoer to Lemreway in South Lochs, then jumping off from Lochboisdale 10 days later to cross 82km of the Inner Hebridean Sea to Tiree, all as part of his ‘arc of the Hebrides’ section of a round UK tour.

Both those crossings were solo challenges, but when he sets out from Ness tomorrow (Thursday) he will have a support boat alongside him, and Stornoway Coastguard operations centre keeping a careful eye on his progress.

That’s because Charlie’s latest expedition will take him from Ness to Tørshavn in the Faroe Islands, across 400km of open North Atlantic water in a continuous stretch of paddling, lasting between four and six days.

In his mind he’ll be holding the plight of cetaceans like dolphins and pilot whales, at risk as never before from multiple human-inspired threats.

The shadow crew onboard the boat include people filming the challenge, which is dedicated both to raising money for British Divers Marine Life Rescue and to encouraging a new way of working between humans and dolphins. 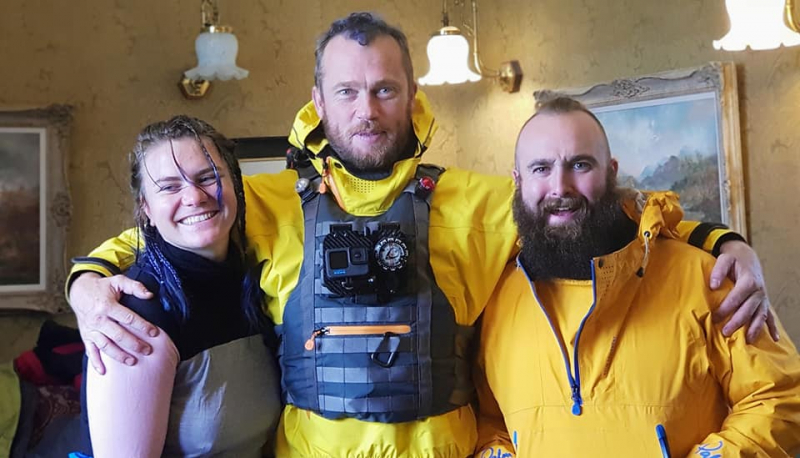 The trip is timed to coincide with the period when Faroese people conduct ‘the grind’ – a traditional hunt of pilot whales (a species of dolphins) that brings them in to shore for killing.

Faroese people have eaten whale and dolphin meat for centuries, but in recent decades the practice of herding whole pods for slaughter has attracted controversy.

Charlie’s website says: “Our energy and thoughts will be directed to the dolphins. Tireless efforts to highlight #stopthegrind, and look for and negotiate solutions are well documented.

“We want to contribute a different approach to healing the polarization around ‘the grind’. We hope to capture stories from all types of views, whilst genuinely holding a spiritual space for the loss of so many intelligent animals.”

Ahead of his trip, Charlie himself said: “Dolphins and whales are a very special part of all of my open-water crossings. It’s going to be one of the hardest paddle journeys I have ever done.

“We are trying to do something different - to find something different. All the volunteers for this trip are dedicating their time and themselves to unearthing a new perspective in an effort to support our dolphins and marine conservation.

“Our hearts have broken for so long now watching the slaughter of our dolphins, we want to try a new way to make a difference and support them though our endeavours.”

You can follow his progress via his Facebook page at https://www.facebook.com/charlieheadSUP/ and donate to BDMLR at https://www.justgiving.com/fundraising/dolphin-connection

The pictures show Charlie during his Minch paddle last summer and in preparation for tomorrow’s launch with his support crew (Charlie HeadSUP).