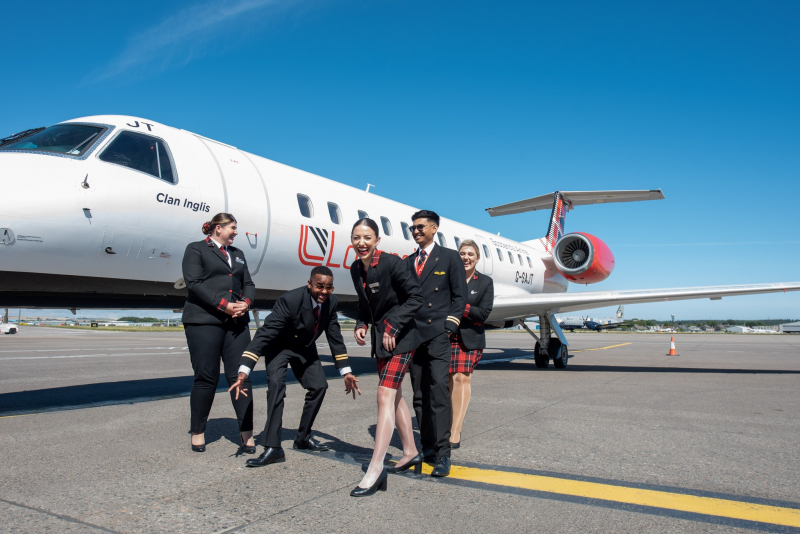 Some of Loganair’s youngest staff members are set to fly a different kind of airwaves, with a new BBC series starting next week.

Monday 15 August sees the first screening of the Sky High Club on BBC Three and BBC Scotland. It follows the lives of airline employees in work and beyond, on routes from Heathrow to Barra.

Television production company Mentorn Scotland were given all-access filming permission over several months, following 11 of the airline's team, from captain to aircraft engineer, as they balanced their personal lives with the busiest summer at work they've faced to date.

It's far reaching, touching on significant issues and sharing relationships and workplace challenges. One commercial pilot is living with HIV and attempting to update aviation legislation to achieve his dream, while a cabin crew member seeks advice from her best friend as she strives to become a pilot.

The show also follows the UK's youngest captain as he juggles life in the air with his love of street performing and his long-distance relationship in Shetland, and an engineer who faces her biggest challenge yet as she converts a plane into an air ambulance in time for a patient to be transported the following morning.

The series shows best mates from Manchester and Mauritius settling into their new lives as pilots in Aberdeen, and a special family moment as a pilot surprises his mum with a flight to an island to thank her for her support throughout his career – the first time she's ever been on a commercial flight with her son flying the plane.

Jonathan Hinkles, CEO of Loganair, said: "We are all incredibly proud of those who participated in Sky High Club and everyone in the wider team who made it possible.

"During a busy summer, when the entire aviation industry was faced with changing covid restrictions and huge challenges, it was a daunting prospect to invite a TV crew behind the scenes of our airline.

“For this to work in the best possible way, we gave the camera crews full access to behind-the-scenes life at Loganair and I'm truly grateful to the stars of the show for volunteering to share their personal and truly inspiring stories as part of the journey.

"It is our hope that it provides fantastic encouragement and insight for those contemplating a career in aviation – whether in the air or on the ground – and that we are able to continue welcoming a diverse range of new recruits into the Loganair family."

Sky High Club, produced by Mentorn Scotland, is the result of a commission from a creative partnership of BBC Three, BBC Scotland and Screen Scotland.

Screening will be at the pace of two episodes each week, with the first episode going out on BBC Scotland at 10.30pm next Monday and the second on Thursday 18 August.

The series is also being released on BBC Three, which will run two episodes back-to-back on Thursday evenings, starting at 8pm on 18 August.

A series drop of the entire ten episodes will be available through the BBC iPlayer from Monday 15 August.

Pictured are some of the cast members telling their Loganair stories: Shannon, Dean, Alannah, Kuda and Karolina (Loganair).