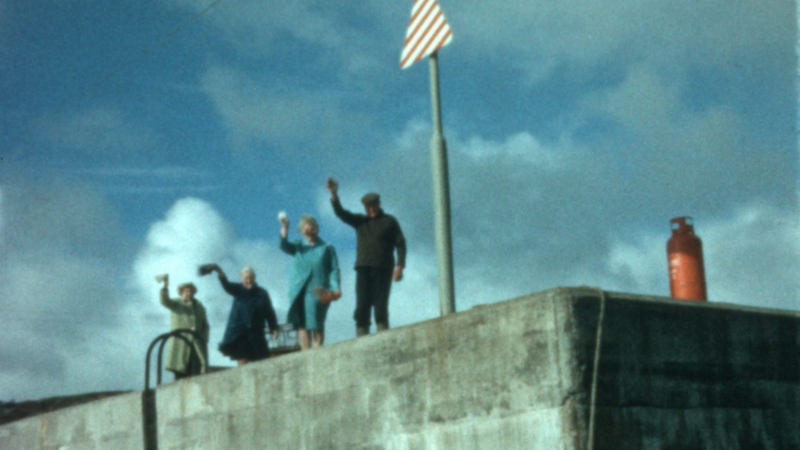 A documentary about Hebridean island life will figure in a major cinema event all across Scotland – from Castlebay to Montrose and Stornoway to Aberfeldy on Saturday August 20.

This documentary - entitled Dùthchas | Home  - features previously unseen Kodachrome 8mm archive film of everyday life on the Isle of Berneray through the 1960s and 1970s, intercut with interviews with people from the island including many of those featured in the archive film.

The film has been supported by MG Alba, the National Lottery, and Screen Scotland.

Directed by Andy Mackinnon and Kirsty MacDonald, the Scotland-wide screening is part of the 75th edition of Edinburgh International Film Festival. EIFF 2022 takes place from 12-20 August – find out more at edfilmfest.org.uk

Dùthchas | Home is a poignant, touching and emotive exploration of what it meant - and still means - to people, especially women, to have to leave the island of their birth to get an education, work, and live. There are scenes of leaving the island by boat in the days long before the present causeway, friends and relatives on the pier waving as they recede into the distance.

Co-director Andy Mackinnon says: “When the FAODAIL | FOUND archive film project were given this archive film collection, as Donald says in the film, we didn’t know what was on it other than what was written on the reel boxes – Berneray 1960-78.

“Thanks to very generous crowd-funders, we had the collection digitised to 4K and were amazed at the fantastic scenes the reels held. One iconic scene was repeated every time the filmmakers, Bill & Ann Scott, left the island – friends and family waving from the pier as the boat slowly pulls away. I knew we had a film to make.”

A specially composed soundtrack by Donald Shaw draws on the rich tradition of traditional Gaelic songs and their compelling melodies as inspiration.

Co-director Andy Mackinnon has worked in creative and collaborative film and contemporary art since the late 1980s, and lives in North Uist. He was director/cinematographer/ producer of the Scottish BAFTA nominated £300,000 budget feature documentary TRANSITION, the first Scottish documentary to make the official selection at IDFA in 2000.

Kirsty MacDonald has more than 20 years experience in the Gaelic language and cultural sector. A native of North Uist, she is fluent in Scottish Gaelic, and has a love of indigenous minority cultures and languages, history and ethnology. As well as researching and presenting archaeology series 'Talamh Tròcair', she has contributed to several broadcast productions for BBC Alba. such as An Dotair Mòr (2014), An Cràdh/Endo What? (2015), An Taistealaiche/ The Far Traveller (2019), Iorram/Boat Song (2019) and Maorach: Hebridean Shellfish (2021).

Producers are John Archer (Hopscotch Films) along with Andy Mackinnon on behalf of UistFilm. John Archer and Hopscotch Films work with great documentary directors to make their passion projects.  UistFilm, based on North Uist, was formed in 2013 by Andy Mackinnon within Taigh Chearsabhagh Trust, and produces a wide range of media content including commissioning and collaborating on artists’ moving image.

UistFilm’s FAODAIL | FOUND Outer Hebrides Archive Film project seeks to digitise and disseminate indigenous archive film of the islands as currently all of the National Library of Scotland Moving Image Archive relating to the Outer Hebrides is from outsider perspectives.