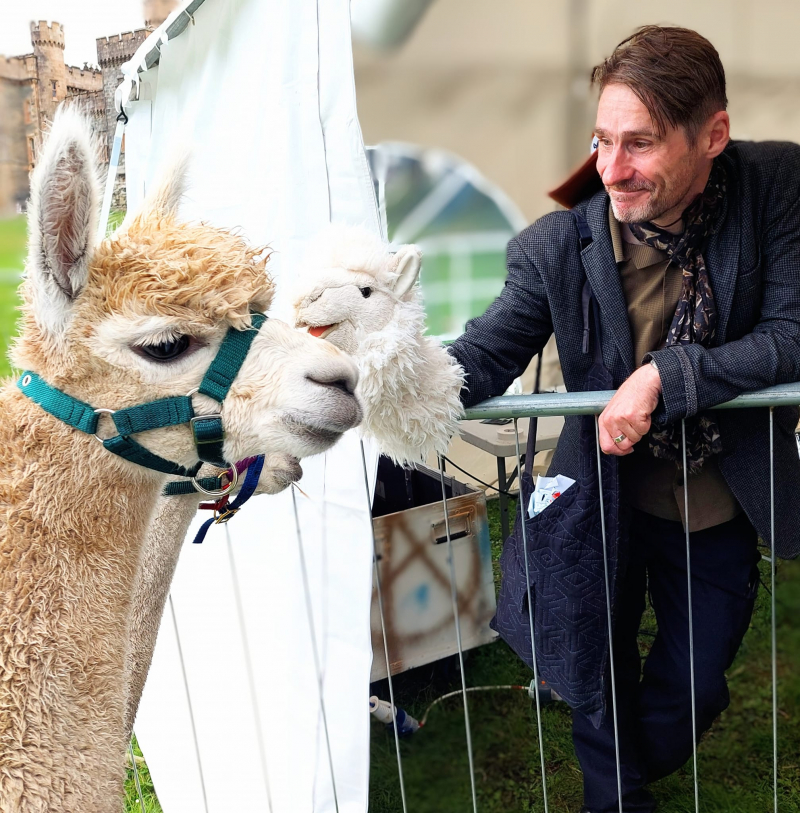 Golden alpacas in the rain

The first ever golden alpaca awards were presented on a soggy castle green in Stornoway on Saturday (6 August), as the fictional Brilliant & Forever Festival became reality on a classically Hebridean summer’s day of rain and wind.

Stornoway writer Kevin MacNeil invented the BFF (as followers will know it) in his 2016 novel, imagining a world where alpacas and their creativity were celebrated as much as humans, and where everyone was working on a story.

On Saturday he worked with An Lanntair’s programming team to bring his festival to life, alongside an obliging crew of alpacas from Alpacan in Coll and before a determined turnout of literature enthusiasts, as part of Scotland’s Year of Stories. 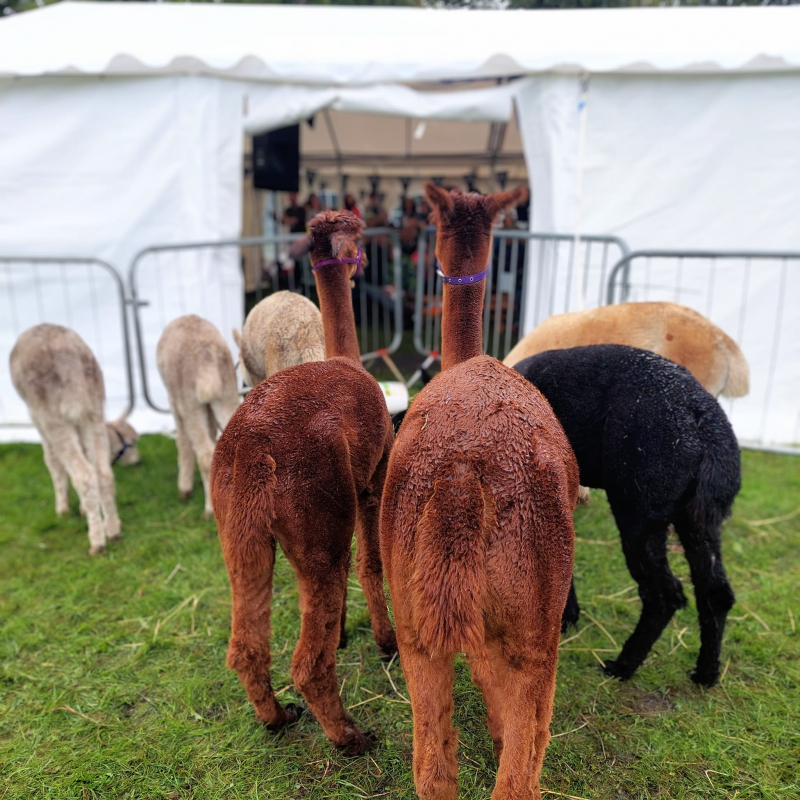 Thirteen shortlisted story-writers – including Archie the alpaca, obviously – read their work before a damp audience and a judging panel consisting of Jenny Niven of the Edinburgh International Book Festival, Publishing Scotland’s business development manager Vikki Reilly and discerning reader Murdo the alpaca, assisted by Kevin MacNeil in expressing his opinion. 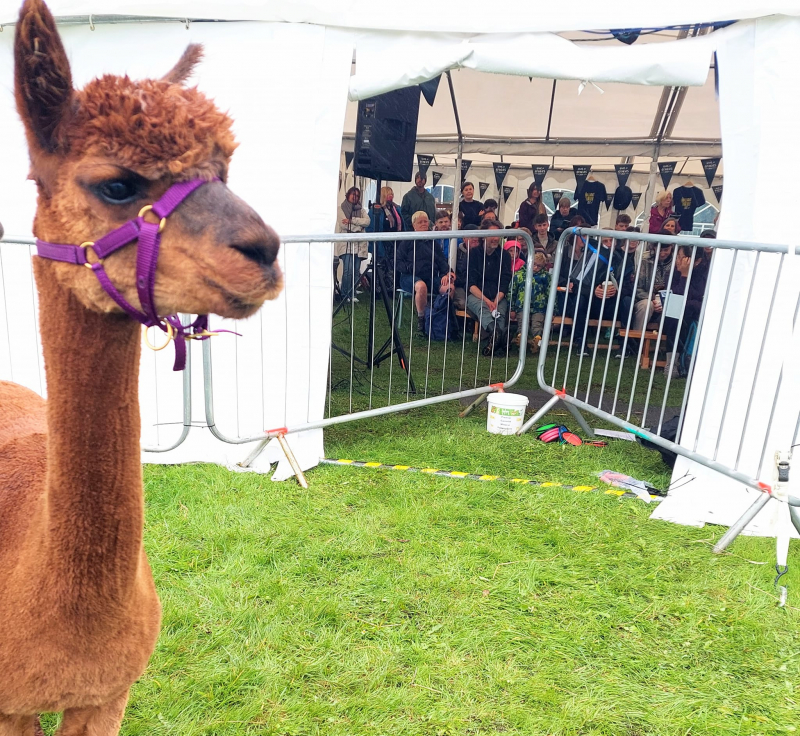 Visiting Stornoway especially for the occasion was the joint winner, writer Rachel Carmichael, who said that she was on her first visit to Lewis in four years.

Ahead of her visit, she tweeted: “Reading my story at the Castle Green, great. But. I mean, alpacas... Swooning.”

Her prize was shared with An Lanntair’s Roddy Murray, also an author, who later tweeted: “After a wet, wet, WET afternoon basking in great stories, joint winner of the Golden Alpaca award at the Brilliant & Forever festival.” 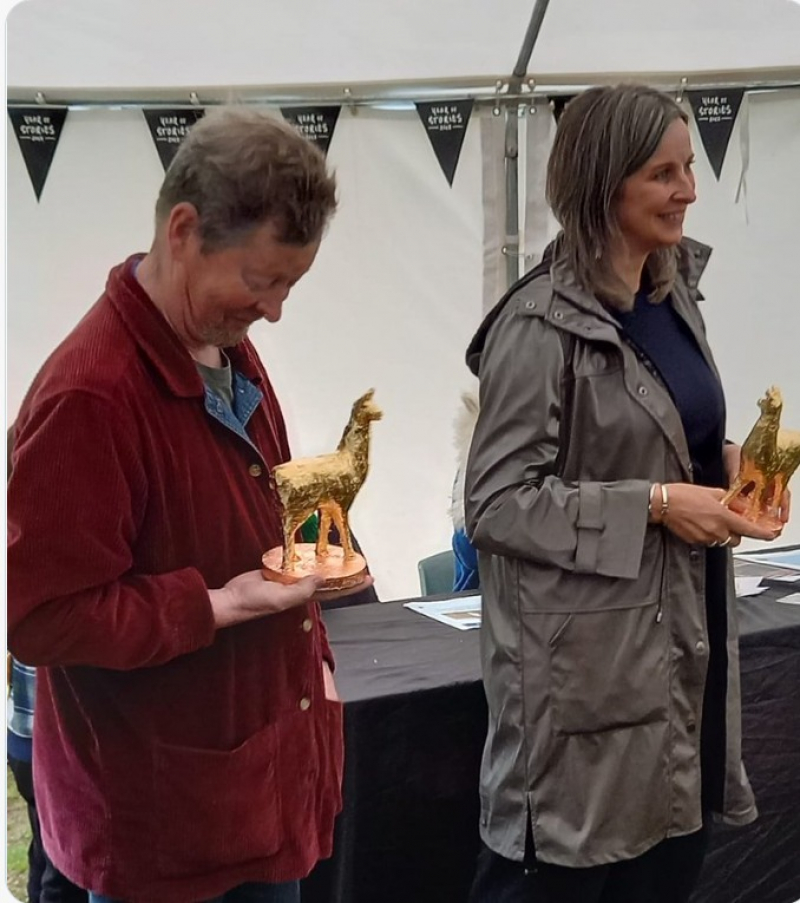 Judge Vikki Reilly said: “Huge thanks to An Lanntair for making Kevin MacNeil’s wild alpaca dreams a reality at the world’s first alpaca literary festival in Stornoway this weekend. Think we smashed it.”

Extracts from the winning authors:

“I stared out of the window at the moor. I couldn't remember why there were no trees on this part of the island. My mother knew, but it wasn't the time to ask her. She pressed her lips together as she drove.”

From The Wrong Side of the Ocean by Rachel Carmichael.

“Mairi Bunion goes to her local shop in Poll-na-Mòine where she buys a bag of onions for 79 pence. The following day, chopping one up in the kitchen, she sees it is rotten and drives back to the shop to demand a full refund.

“The manager says, she is entitled to compensation to the value of one onion, which is about 11 pence. Or, she can have a new one. No, the Bunion wants the full 79 pence. He asks if she has got the receipt. Indeed not, she says indignantly.”

From Buisneachd by R M Murray.

The pictures show an attentive audience of humans and alpacas listening to the stories, winners Roddy and Rachel with their golden alpaca awards and author Kevin MacNeil with his alpaca buddies. (Alpacan/An Lanntair).