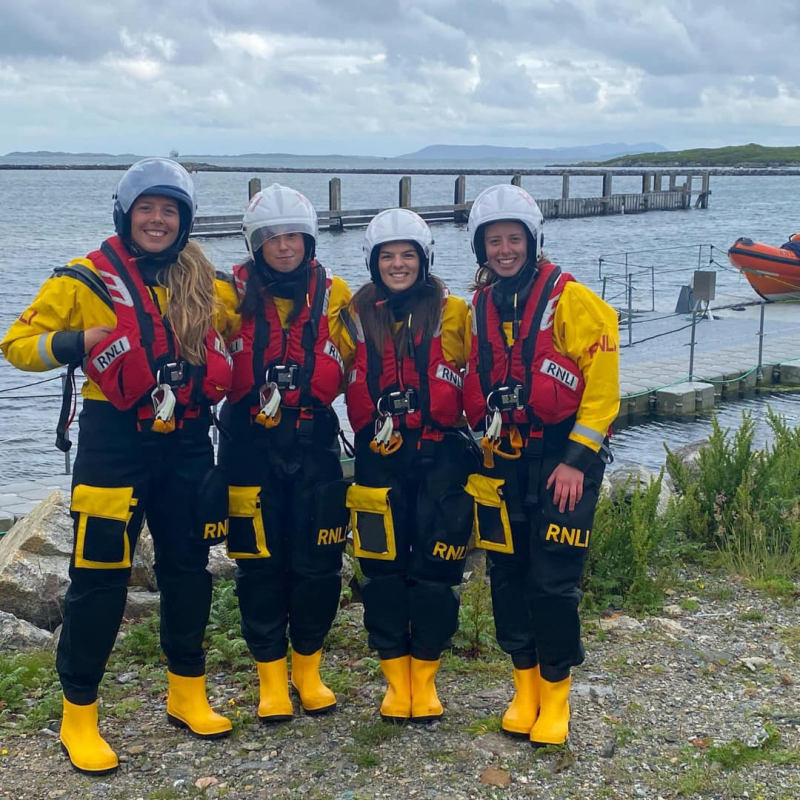 Leverburgh lifeboat has been helping to make history for the RNLI this week, with an all-female crew training session in the news yesterday (Thursday 4 August).

Anna is her home station’s first ever female helm, and she told the RNLI that she loved her team and was proud of what they did.

She said: “It’s quite incredible really when you think about it. At any point of the day or night, this group from the community: a plumber, a train driver, a teacher, a physio, will just drop everything and run to save the life of a stranger.”

Rachael is one of the youngest Atlantic 85 helms in the whole of the RNLI, at just 19 years old, and has been with the station since it re-commenced training almost a year ago.

She said: “I’ve really enjoyed the chance to be involved at the station and passing out as a helm is something that has been both challenging and rewarding for me.

“I’m glad, not only for the helms, but all the crew, that we are now much closer to being on service and hopefully making a difference in terms of life-saving around Leverburgh and beyond.

“We really want to thank the visiting assessor trainers who have helped us so much in recent months. Their support, and the support from within the community, has made it all possible.”

A Leverburgh RNLI spokesperson said: “We’re proud to be adding to the number of female crew within the RNLI here at Leverburgh, two of whom have recently passed out as helms” 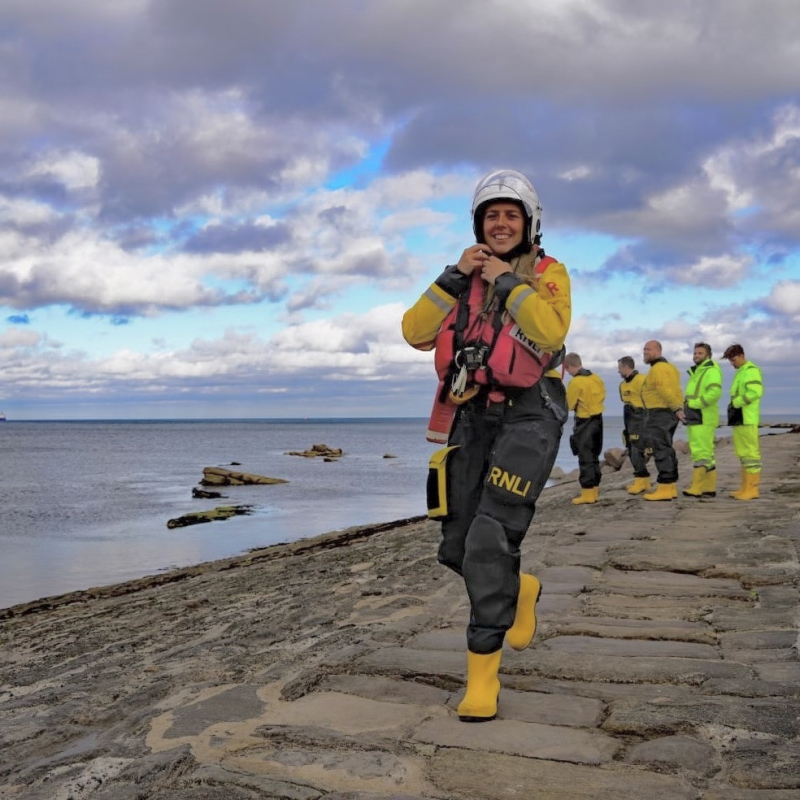 The pictures show Anna Heslop at her home posting in Cullercoats and with an all-female group, including Eilidh and Rachael, in training at Leverburgh (RNLI).