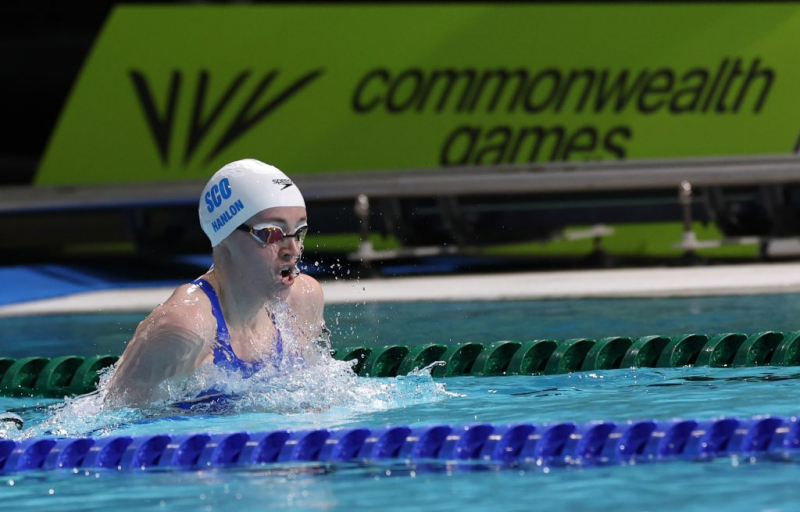 Kara swam two lengths of breaststroke as part of the final swim race of the games, the women’s 4x100m medley relay, her team finishing the race in what Team Scotland described as ‘a strong 5th place in a stacked field’ with a Scottish team record time of 4:04.83.

The race ended a day of stunning swimming results for Team Scotland – and right from the moment Kara and team-mates Katie Shanahan, Keanna Macinnes and Lucy Hope entered the aquatics centre they had the crowd with them.

As well as home support in the stadium seats, Scotland’s swimmers wowed the audience of all nations with their distinctive team strip, in kilts designed by Siobhan Mackenzie of the Black Isle. 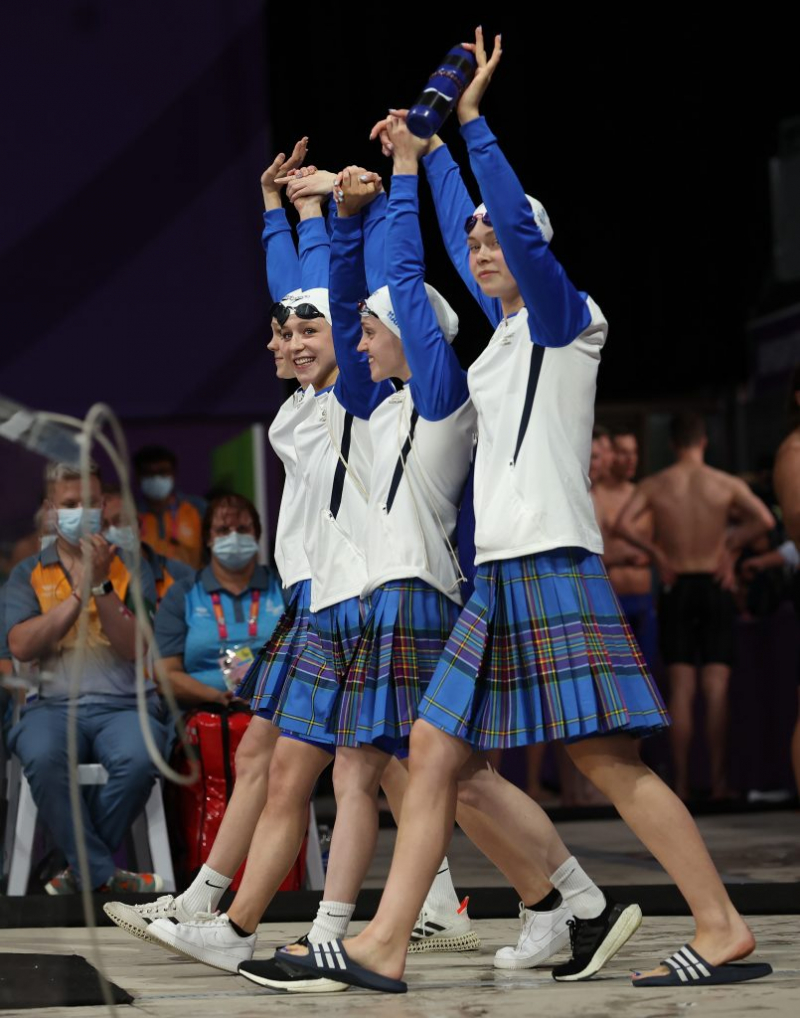 Their race was the final swimming event of the games, coming just after Team Scotland’s men had won a bronze medal in their own medley relay.

Kara said afterwards: “There was a huge buzz out there and with the boys going first we felt we had a job to do. We smashed it and I’m so proud of everyone.”

Team spirit was strong, but so was the camaraderie between nations, as was shown when Kara’s 100m breaststroke final on Tuesday evening yielded a touching moment of pure sportsmanship.

All the competitors came together at the end of the race in the pool for a group hug around medallists Lara van Niekerk and Tatjana Schoenmaker of South Africa and Chelsea Hodges of Australia. 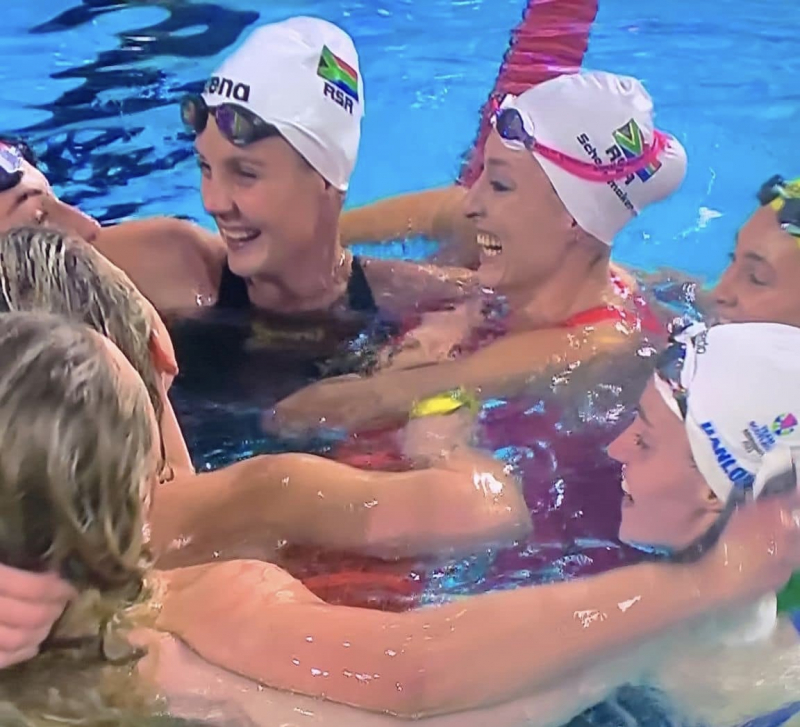 Kara said: “All the girls are so lovely. In the call room we made a pact to all come together at the end in lane 4. In that respect I loved every minute of the race.”

“When all’s said and done you accept the result and acknowledge the winners on the day. Kara Hanlon with the other finalists after the CG 100m breaststroke final – lovely scene.”

Last night was the end of an astonishing international debut for 25-year-old Kara, who will now go straight into preparations to represent Great Britain at the European Aquatics Championships in Rome this month.

Kara is one of four Scottish swimmers selected to join team GB for the championship competition between 11 and 21 August.

Head Coach for Team Scotland in Birmingham, Steven Tigg, said: “When we debrief the athletes, we will make a point of saying ‘remember where you came from and who you were at the very start’ and not just project into the future. I think that can inspire them to keep going.”

And Kara continued to show that she not only remembers where she’s from, but has tremendous gratitude for home support from people all over the islands.

In an interview with BBC Spòrs Gaelic on Tuesday (watch here: https://twitter.com/BBCSpors ) Kara said: “I’m so proud to represent the Western Isles on this stage and to represent Scotland. It’s something I’ve always dreamed of, so it’s been everything and more.

“I’m so thankful and grateful to everyone back home and I’ve loved every second.”

Among the public and personal congratulations for Kara back in the islands, CnES Sport said: “What an amazing talent and ambassador for the islands Kara Hanlon is. She fully deserves all the magnificent support and plaudits from everyone back home, and around the world.”

And a spokesperson for Pointers drop-in centre said: “How amazing is Kara Hanlon doing! Everyone here is so very proud of what she has achieved and hopes that she is having an amazing time.”

The pictures show Kara striding into the Sandwell aquatics centre with the women’s relay team last night, with the record-setting team after the event, in full flow during her 100m final and embracing her competitors at the end of Tuesday night (Scottish Swimming).