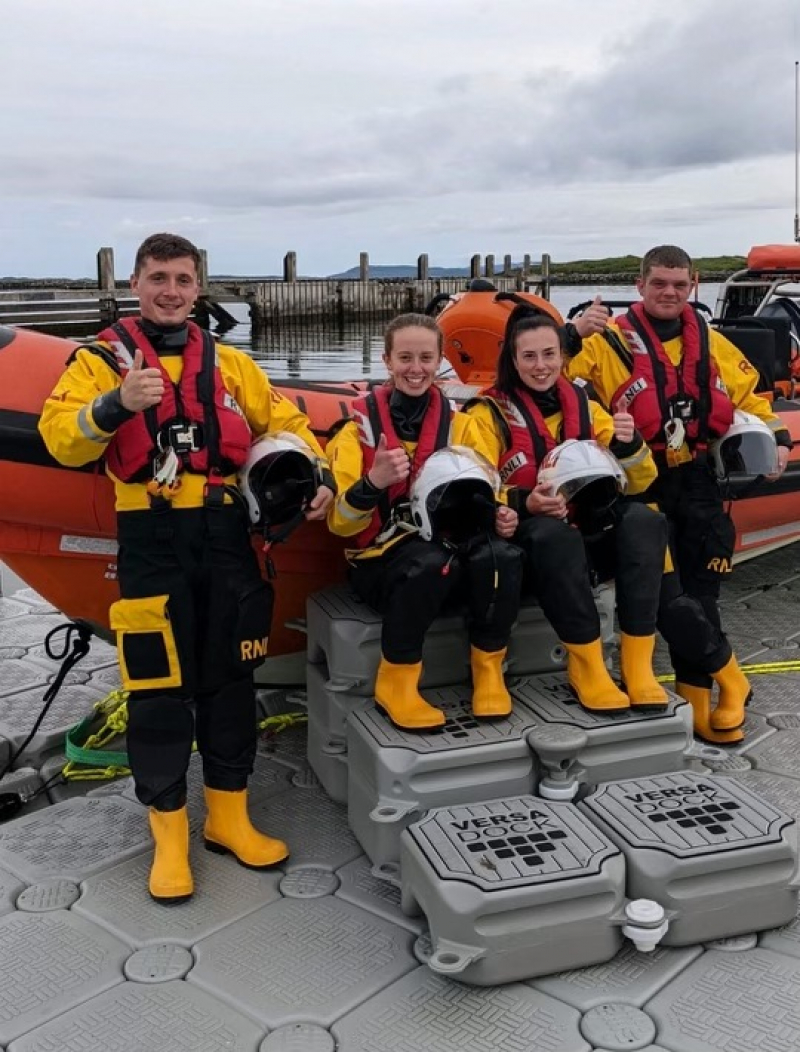 Four of the station’s volunteers – including 19 year old Rachael Campbell – have passed out as Helms.

Eilidh MacMillan, Iain Angus MacLeod, Kieran MacAulay and Rachael Campbell have successfully passed their assessment to become a Helm aboard Leverburgh RNLI’s Atlantic 85 Lifeboat, allowing the station to take a big step forward towards the start of an operational trial.

Not only is the station celebrating this milestone achievement, they now have one of the youngest Atlantic 85 helms in the whole of the RNLI.  Rachael – a support for learning  assistant in the local school – has been with the station since it re-commenced training almost a year ago.

Rachael commented:  “I’ve really enjoyed the chance to be involved at the station and passing out as a Helm is something that has been both challenging and rewarding for me.  I’m glad, not only for the helms, but all the crew, that we are now much closer to being on service and hopefully making a difference in terms of life-saving around Leverburgh and beyond. 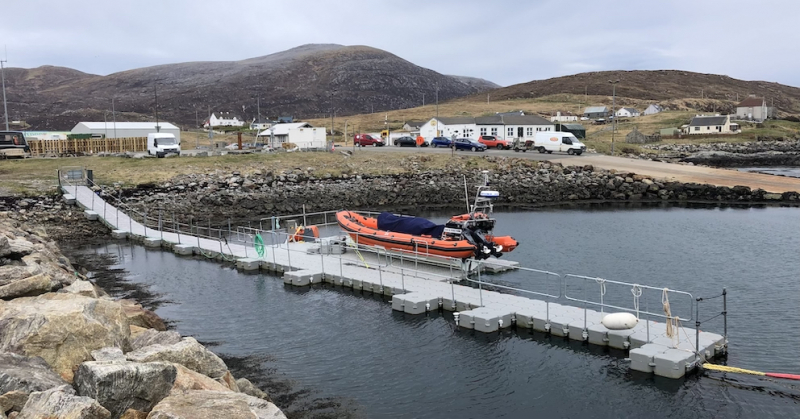 "We really want to thank the visiting Assessor Trainers who have helped us so much in recent months.  Their support, and the support from within the community, has made it all possible.”
Between Rachael’s work in the school, Eilidh’s job as a telecoms engineer and Iain Angus and Kieran’s experience as fishermen and operating passenger boats, the 4 bring with them a variety of skills and knowledge to the role of helm.

Grant Fulton, Lifeboat Operations Manager at Leverburgh said: ‘The time, commitment and work that has been put into getting to this stage, not only by our newly qualified helms, but the station as a whole really is to be commended.  We are delighted to reach this stage, which is a crucial milestone in our journey to becoming operational and commencing a two year trial.  We would especially like to thank the families and employers who have allowed the volunteers the time they needed to participate in what has been an extensive training programme.’

Leverburgh RNLI is currently working towards being operational as a life-saving service in the coming months.  Once the station is on service, a two-year trial will commence on the effectiveness of the station.

Leverburgh RNLI are still looking for more volunteers to help save lives at sea.  If you are interested in joining the station, whether that be ashore or at sea, contact This email address is being protected from spambots. You need JavaScript enabled to view it. or speak to any of the local volunteers.