There was one name mentioned more than anyone else's during the 25th anniversary Hebridean Celtic Festival which finished in tumultuous form last night Saturday (July 16) with ear-splitting enthusiasm for Skipinnish and Texas.

That name is Caroline Maclennan, photographed below by Leila Angus in 2014. 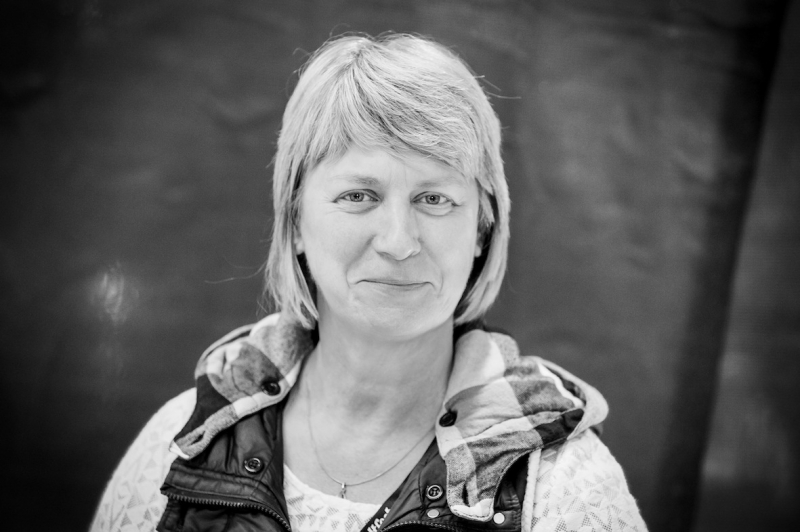 As the festival team said on a special page in the festival pocket programme, “2020 sees us celebrating not only our 25th HebCelt festival but also our festival director Caroline Maclennan who after more than 25 years at the helm of good ship HebCelt has decided it's time to retire.”

They concluded: “Thank you for your vision, wisdom, guidance, encouragement, tenacity, hard work, belief in people, ability to keep going when it seemed impossible, and celebrating all those wonderful moments when it all came together – we cannot thank you enough.”

And this was echoed from the stages by performer after performer. Robert Robertson of Tide Lines spoke of the support which Caroline had given the band as it developed. Sharleen Spiteri of Texas praised her work in creating such a great festival. And Norrie ‘Tago’ Maciver of Skipinnish and Carloway spoke of the far-reaching impact in the Scottish music scene – and on Skipinnish themselves – of Caroline’s care and support. 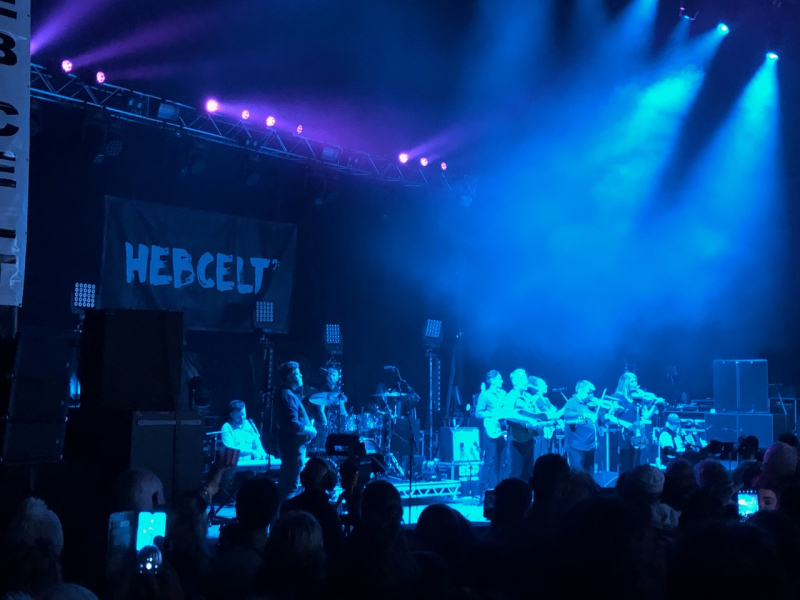 Fred Silver, editor of welovestornoway.com and EVENTS Monthly, says that one repeated theme of artists who’ve talked about attending HebCelt down the years is the level of care accorded to the visiting performers.  This was alluded to, also, by performers speaking at this year’s festival.  The oft-spoken phrases are “nothing was too much trouble” and “they did everything for us.”  This care and concern has created a vast family of performers anxious to return – a feeling intensified by the audiences’ welcome and enthusiasm which seemed to leave even Glaswegian Sharleen Spiteri on the edge of tears last night as she pledged: “We’ll be back.”

Sharleen had earlier mentioned how pleased she had been to be welcomed to the islands by someone on the ferry to Stornoway as they travelled over. “We were keeping an eye out for you,” she was told.

Fred can also remember – from his time as editor of the Stornoway Gazette long ago – the very first murmuring of the ideas which created the first Hebridean Celtic Festival back in 1997 in a tent little bigger than the acoustic stage tent at this year’s event. That year's venue occupied only a tiny corner of the Castle Green. 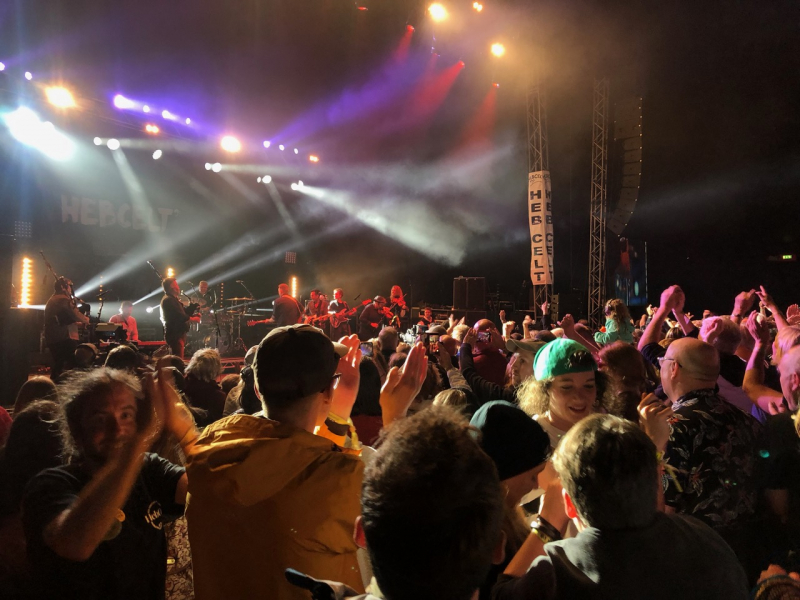 Basically, the idea that Caroline and two other friends had was simple. Why should people from the Islands have always to go to the mainland for festivals and concerts? Why not bring the performers to the islands?

As her fellow team members say, since 1997, Caroline's love of music, her island home, and its Gaelic culture have been a driving force between HebCelt and have shaped the event into what it is today. 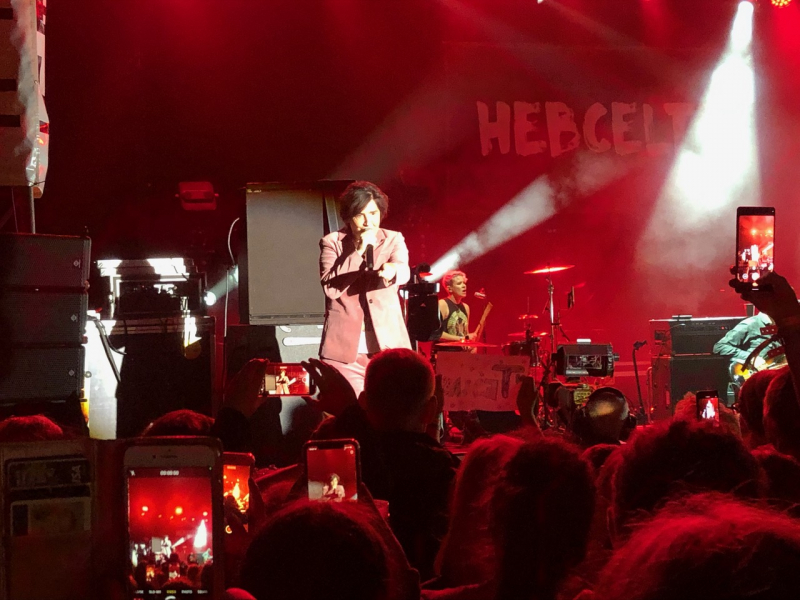 “Caroline has guided the festival through many highs (and lows) over the years and she leaves the legacy for the Heb Celt family and wider community that we’re sure will last for years to come.

“Caroline has given many island musicians the opportunity to perform at the festival for many their first time in front of a larger crowd, but she has also supported the Celtic music scene across the globe and will be missed by our international friends as well. 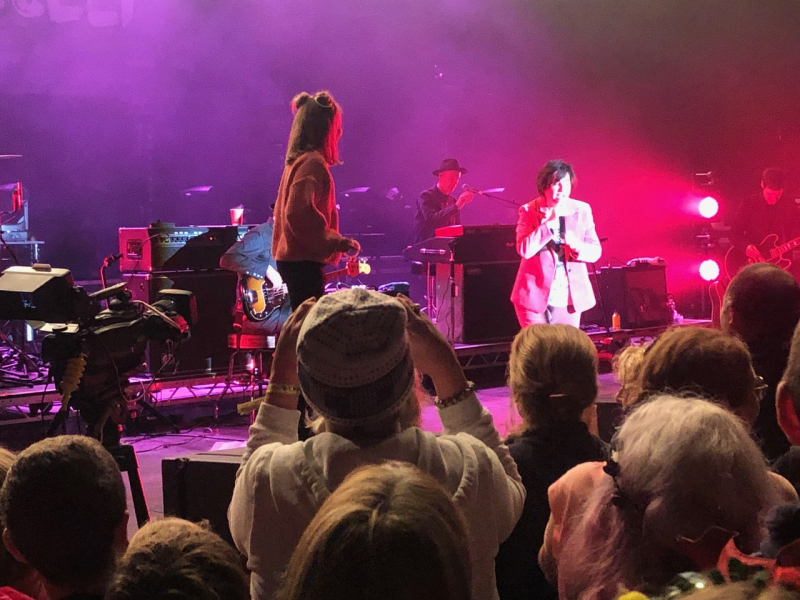 “Though Caroline is going to be greatly missed by us all, she leaves a team that she has trained well, including our new festival director Graham McCallum, as well as a family of volunteers and supporters that believes in an values the festival with all it brings to the island and those that participate and that end. The legacy of her vision 25 years ago will undoubtedly continue.

“We will miss you, Caroline but we know you aren't going far, and we wish you much happiness in your retirement.”

And so say all of us.

In an official release from the festival's PR agency today (Sunday July 17), Caroline Maclennan said: “We are delighted to have had our best festival ever in terms of ticket sales, attendances, revenues and sheer positive enthusiasm for HebCelt.

"The performances of the artists have been superb and people have turned out in droves to enjoy them. As ever, we owe so much to our festival-goers who continue to support us. We are entirely grateful to them.

"We also have to thank our sponsors who put their trust in us to deliver, and to the volunteers and community who are essential to HebCelt happening.”

Deputy Festival Director Graham MacCallum, who will replace Caroline Maclennan for next year’s HebCelt said: “This is a fitting way for Caroline to end her tenure as festival director.

"To have hit 25 years with our biggest selling festival ever is incredible. I’m sure she will continue to help the festival for years to come, but we owe her a great deal of thanks for her crucial work in making HebCelt such a success.”