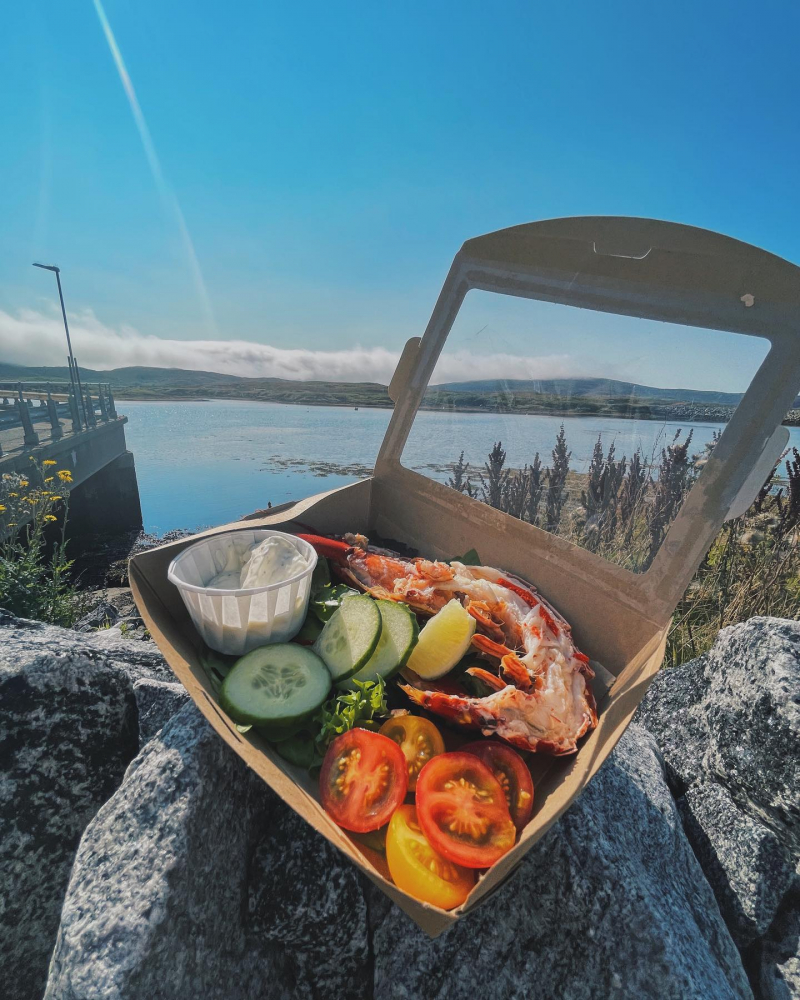 Hebridean products and initiatives are in the shortlist for the Scotland Food and Drink Excellence Awards, due to be announced in September.

Bakkafrost has also been shortlisted as employer of the year and a young project manager from one of its west coast sites, Alec Marwick of Applecross, has been recognised for his hard work in the young talent category.

“It is fully traceable to the Hebridean islands and west coast of Scotland and 100 percent Scottish from egg to fish – a truly unique artisan product for the discerning consumer.”

The Scotland Food and Drink Excellence Awards will be held at the Edinburgh International Conference Centre on Thursday 8 September.

248 entries were submitted across 14 product categories, with only 48 individual items from 36 suppliers named as finalists.

Also at the award ceremony will be Outer Hebrides Tourism, who have been shortlisted under the regional food and drink category for their 2021 food with a view campaign.

Food with a view was developed to help support Covid recovery for food and drink tourism businesses, by promoting the islands’ wonderful views, natural environment and outdoor space.

John Davidson of Scotland Food and Drink said: “The excellence awards play an important role in recognising the innovation and creativity of everyone that is building the reputation of Scotland’s larder.

“It was fantastic to see such a range of producers and individuals in this year’s entries and a massive congratulations to all those that have been named in the shortlist. We can’t wait to bring everyone together after a challenging couple of years and celebrate in September.”