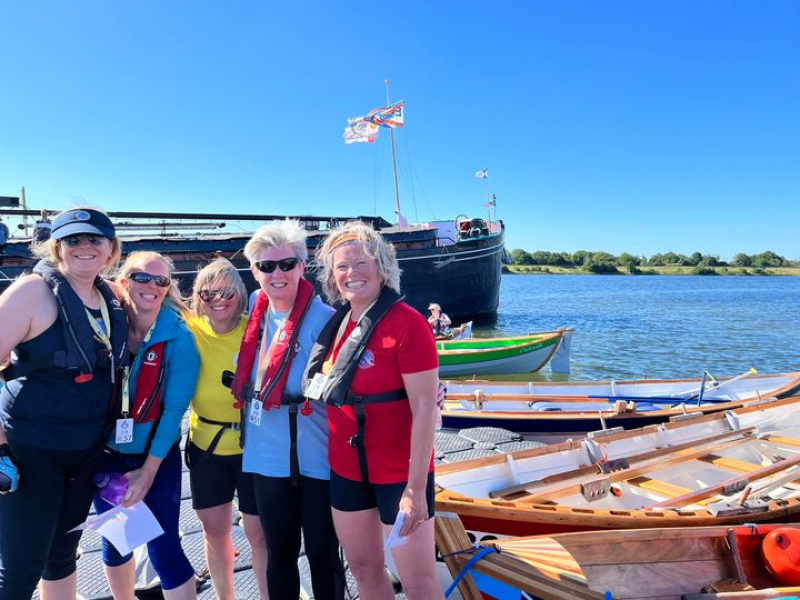 Barra rower Claire McAtear Logan is urging people in the Western Isles to get involved in coastal rowing, after coming within a whisker of a world championship final.

The youth development worker from Castlebay is in the Netherlands for the St Ayles Skiff World Championships, which started on Sunday (26 June) in Kortgene, Zeeland, on the benign waters of a coastal estuary.

There’s an active coastal rowing scene in the Western Isles, but although Claire and Carloway rower Charlie Green made attempts to pull a team together for the Skiffie Worlds this week, in the end only Claire was able to head for the Netherlands and participate in a truly international championship.

Claire said: “There is a ‘crew finder’ group set up specifically for the championships, where clubs can ask for rowers to complete their team. I saw a post for the Strathpeffer and district team, who were bringing over a skiff called Tern for the championships and, as I met the criteria, I was invited to register with them for the duration of the championships.” 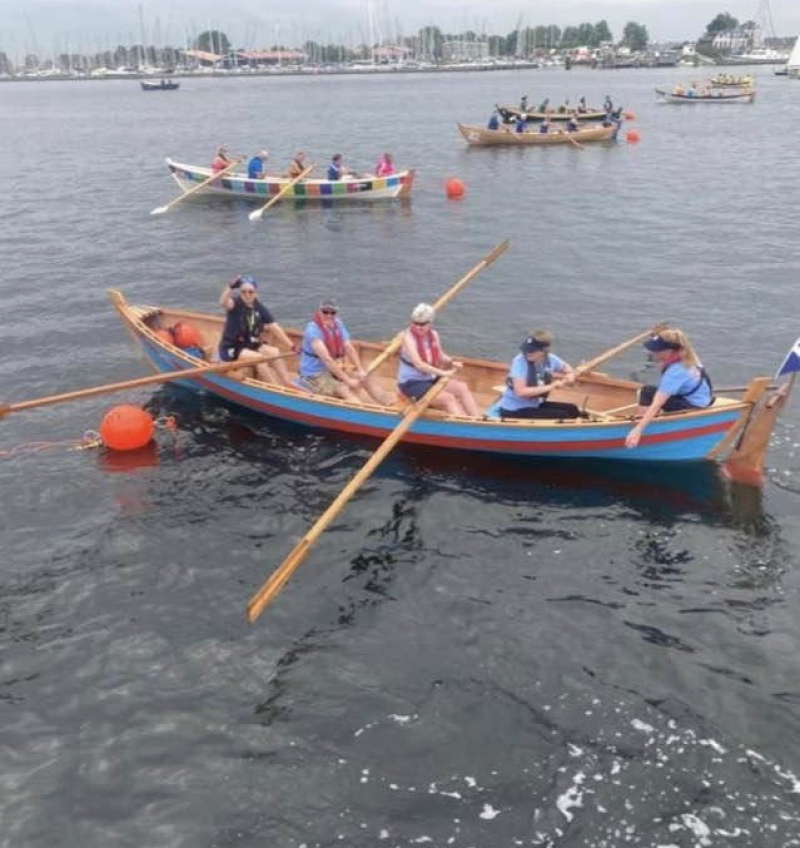 Claire’s team – described by their cox as ‘a last-minute mix of two Peffers, a Barra, a Strangforder and a Kiwi’ – was in the women’s 50-plus class of an event which saw 1,300 rowers competing in 60 teams from Scotland, Ireland, England, the USA, Canada and the Netherlands.

By far the greatest number of rowing teams in Skiffie Worlds are from Scotland – not surprising given that the skiff itself was designed in Scotland in 2009, intended specifically as an easy-build local project for coastal rowing by small clubs.

Claire said: “The Skiffie Worlds are every three years and this was my first time competing at this level. Competing against the reigning world champions – Dundrum from Northern Ireland – and other well-established crews was nerve-wracking and exhilarating.”

Competitions started on Monday after a delay due to a huge thunderstorm, which created a tornado further along the Zeeland coast, damaging houses and caravan parks.

The more sheltered waters at Kortgene were uncharacteristically choppy as a result, but race heats went ahead on Monday over a distance of 2km, with a turn halfway.

The first skiff from each heat automatically goes through to the final and the remaining places are then filled with the fastest skiffs from all the heats.

Claire’s team finished 4th in their heat yesterday (Tuesday 28 June), with a time of 13 minutes 56.3 seconds. They then faced a nail-biting wait while heats were completed and final places allocated.

Sadly the final was not to be, but, with just 16 seconds between Strathpeffer’s time and the last final qualifier, the whole experience has left Claire on a high and renewed her enthusiasm for getting others involved in the camaraderie of coastal rowing.

She said: “Overall we’re the 13th best crew in the world in this age group. Not bad for a first attempt competing at this level. Pretty damn proud of myself!

“I’ve met lots of new people and met up with loads of old rowing friends at this event. It’s great exercise, great fun and a fabulous sport to participate in.

“There are coastal rowing clubs across the Western Isles and they are open to everyone, irrespective of age or ability. Many rowers participate just for fun but, as this week shows, there are opportunities for those who wish to compete!”

Claire is pictured second from right with her crew-mates, at the centre of the skiff Tern as they lined up for their heat yesterday and during the opening parade on Sunday (Skiffie Worlds). 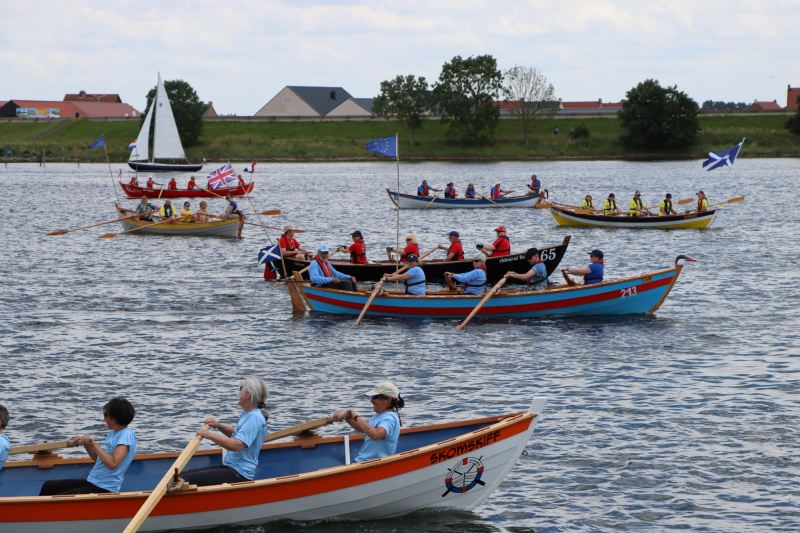