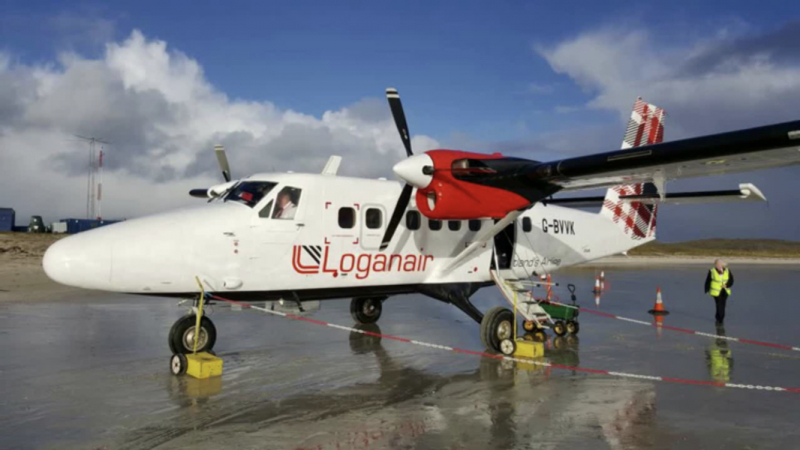 Last week (Wednesday June 8) saw the end of an era in Loganair, with the retirement of the longest-serving member of their team.

Janet MacLean joined the airline on 7 March 1984, and in her role as Customer Services Supervisor at Barra Airport, has looked after the world's only scheduled service to a beach airport for 38 years.

Loganair Managing Director Jonathan Hinkles said on LinkedIn that her career had "not been without its moments - with weather disruption never far away, one of Janet's many tasks has been to secure overnight accommodation for our customers, which has ranged from chartering boats in Castlebay harbour to going above and beyond the call of duty with customers staying at Janet's house.

"Although Janet has carefully tended to one of the world's most photographed aircraft landings, it's incredibly rare to find her in front of the camera herself.

"A couple of years ago, Janet was behind the camera to narrate a Visit Scotland video to promote the island to which she has given so much. It's my pleasure to repost this today, and I hope brings home the unique nature of Janet's role at the heart of the island community in Barra."

Here's the link to Janet Maclean talking about Barra and its airport in a video for VisitScotland https://youtu.be/klYle4KdtXo

Loganair Managing Director Jonathan Hinkle continues: "Above all, after 38 years' dedicated service to Loganair, its customers and our crews, I'd like to offer a thousand thanks to Janet for all that she has done.

"We all wish her a long, happy and - I hope - healthy retirement. It's richly deserved."

Among the tributes paid to her on-line was one from a Glaswegian now running a railway station on the Elizabeth Line in London.  He wrote: "A thoroughly amazing lady, who is hugely inspiring for so many of us!

"I first met Janet when I was on Work Experience with Loganair back in 1990, (I was only 16) and had the good fortune to have trip to Barra, meeting a lady who I would then periodically speak to on the phone through work when I later joined Loganair.

"Janet, wishing you a very happy and healthy retirement. You should be hugely proud of having served your community and customers with immense commitment and passion for your job, and the island of Barra!

"All the very best!"