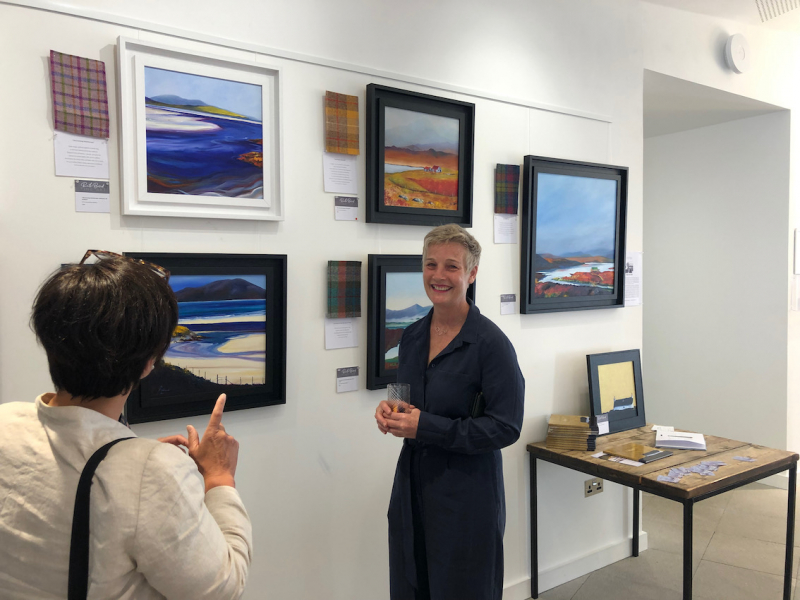 Originally planned to take place two years ago, before the intervention of the global pandemic, so much time has passed that many of the art works originally intended for the event had long been sold.

Ruth is based in Northumberland and well recalls the days in 2017 when she paid the first of what is now many visits to the islands and realised that the colours of the natural landscape appeared again in the colour combinations of Harris Tweed, a fabric with which was familiar from her other work in worlds of fashion and interior design.

“Colour has always been the most important element of my landscapes and seascapes, and the colours I discovered in the Outer Hebrides were astonishing almost beyond imagination. Attempting to capture these in my oil paintings has been a beautiful experience.” 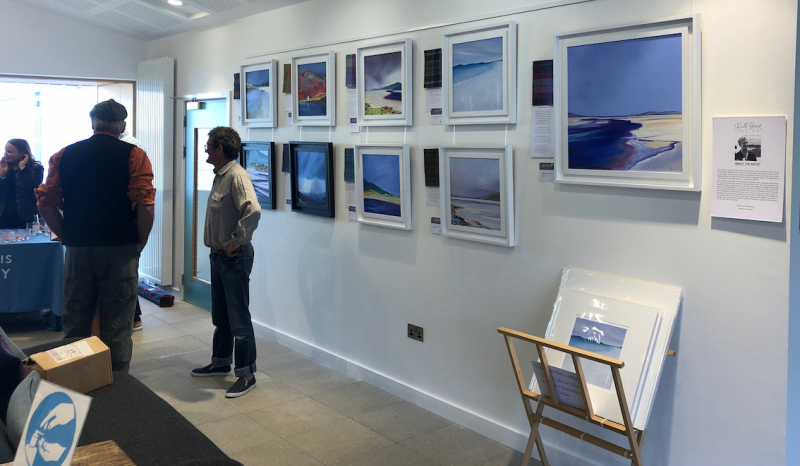 During the past seven years she has held regular solo and joint exhibitions in the North East of England and has established herself as a contemporary land and seascape artist.

Ruth says that her instinctive response to the rich colours in the Hebrides, in the landscapes and echoed in the traditional island tweeds, produced a profound effect on her work.

"Each painting in this collection is based on a particular Harris Tweed swatch, the starting point limiting the paint pallet mixed from just these colours."

As a result, her landscapes on show resemble not just the purple, peaty rivers, vibrant turquoise of the seas, blindingly white beaches, and heathery moors but also the natural ingredients that went into dyeing the yarns, themselves, of course, directly derived from lichens, herbs and flowers of the landscape. 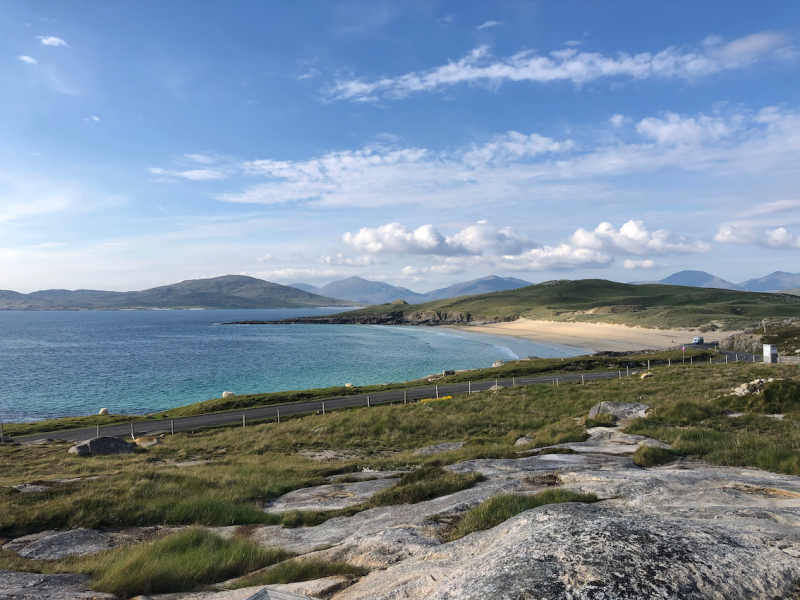 The launch was well-attended with the vivid actuality of the landscapes outside of the gallery display vying with the paintings for vivid natural colours.