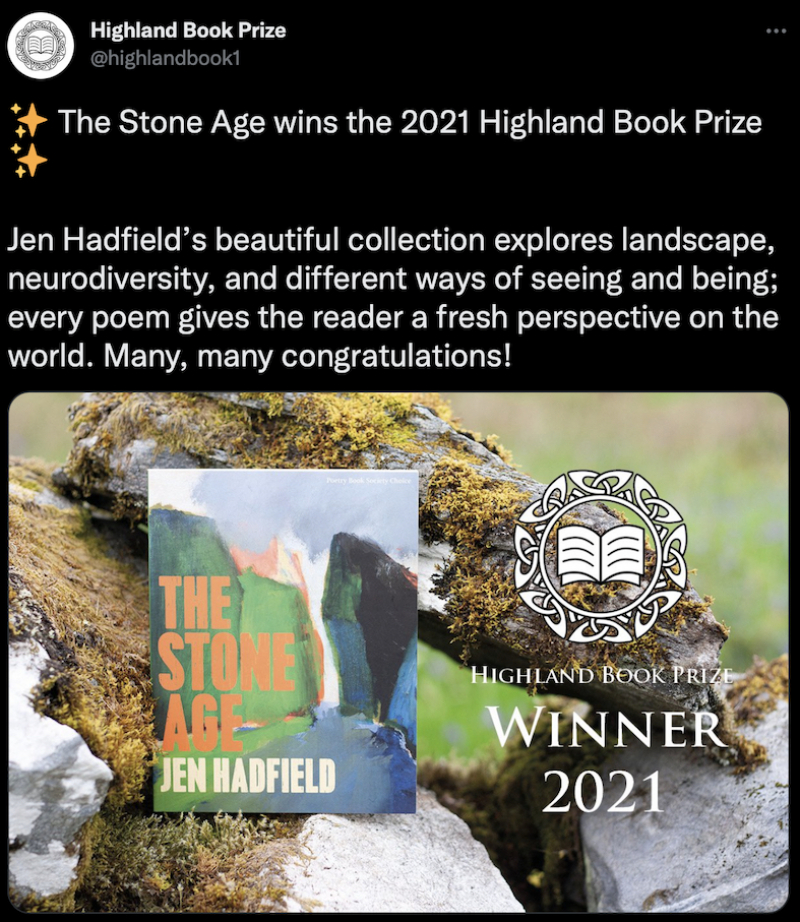 Author misses out on prize

Acclaimed writer Donald S Murray – who was brought up in South Dell in Lewis – found out on Thursday (May 26O that he had not struck lucky and won the Highland Book Prize 2021 with his work, In a Veil of Mist.

The winner was Jen Hadfield’s The Stone Age. The Highland Book Prize organizers said after the announcement: “Jen Hadfield’s beautiful collection explores landscape, neurodiversity, and different ways of seeing and being: every poem gives the reader a fresh perspective on the world.”

“It was a wonderful occasion to be part of, with music provided by members of the Henderson family.

“It was also great to sit shoulder to shoulder with the other finalists, Cal Flyn and David Alston and to meet up with old friends Donald Farmer and Alison as well as my own son Aonghas and Janet.

“My thanks to all at Moniack Mor who organised this event. It was a great night, especially meeting up with Donald, part of whose family come from the neighbouring village of Galson and I haven’t seen - except very briefly- for decades.

“He has been living in Seattle for much of that time. Tapadh leibh uile. I enjoyed every moment of the occasion.’

Based on Operation Cauldron, the 1950s chemical warfare experiment off the coast of Lewis, Donald’s book is one of four shortlisted for the prestigious prize.

Also in the running were Slaves and Highlanders by David Alston and Islands of Abandonment by Cal Flyn.

The literary prize award by the Highland Society of London took place at the creative writing centre at Moniack Mhor, near Beauly.

Donald’s earlier novel, As the Women Lay Dreaming, was longlisted for the award in 2018.

The annual Highland Book Prize celebrates the finest literary works that recognise the Scottish Highlands and Islands' rich culture, heritage, and landscape. The award aims to showcase the region’s literary talents and raise the profile of work created in or about the Highlands.