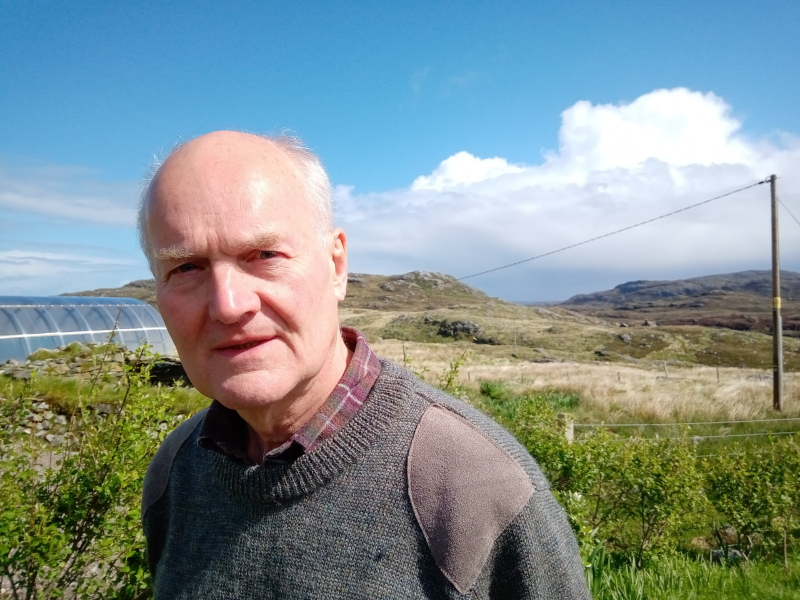 The Scottish Liberal Democrat Party yesterday (Thursday May 26) issued a major media release to announce that crofter and former Royal Navy engineer Jamie Dobson will be their candidate for Sgir Uige agus Carlabhagh at the forthcoming local by-election to Comhairle nan Eilean Siar caused by insufficient candidates standing at the May elections.

In all, there are seven candidates standing in the seat - and another three in the similar by-election in Barra.

Jamie joined the party in 2017, and is standing for a seat on a council which the Lib Dems have not contested since 2007.

This has been described by Scottish Liberal Democrat leader Alex Cole-Hamilton as a “positive sign of growth and renewal”.

Jamie said:“Uig, Bernera and Carloway have fantastic, mutually supportive communities but they need continuing nurturing with support to stem and reverse their decline into only holiday destinations occupied for the summer months.

"I want to demand better for the people of Uig, Bernera and Carloway. I will stand up for local services, great schools and health care and ensure that they play their parts in tackling the climate emergency.

“Families are facing a huge cost of living crisis and they need support. During lockdown we saw the best of the local community, neighbours looking out for neighbours, sharing with each other, caring for each other. That belief in the power of community is what motivates me and its why I think that power and decision-making work best when they are devolved closer to the people they impact the most.

“I am particularly concerned by the continuing decline in the population, particularly of younger folk, and will not stop campaigning to reverse this by advocating a range of measures to retain them and attract new blood. Key to this are tackling the lack of affordable, quality housing and making the most of the tremendous benefits that on-shore and off-shore wind power offer.

“The previous council did commendable work in pursuing opportunities to produce hydrogen for use locally and for export to the mainland, potentially developing a modern, high-tech industry providing well-paid employment opportunities across the entire spectrum of skill levels. These must be complemented by a modern local infrastructure of fast fibre communications, transport to facilitate those working in town and further afield, with medical and social services managed to suit their users.”

Alex Cole-Hamilton said: “This is a really positive sign of growth and renewal for our party. Buoyed by our excellent results at the local election more and more people are coming forward to get involved and stand for the Scottish Liberal Democrats. I want to demonstrate that there is no corner of Scotland in which we cannot win, because when people see the value of a Liberal Democrat champion for their community, they never look back.

“Scotland’s island communities have been badly let down by the SNP. From the failure to deliver new ferries for western isles routes to poor broadband connections making it more difficult to run a business, the attention of SNP ministers is always elsewhere.

"Jamie Dobson will be a fantastic local champion for Sgir Uige agus Carlabhagh. If you elect a Lib Dem like Jamie onto your local council you won’t be sorry once you see what he can do for you and those around you.”

Jamie has been associated with Uig since 1950. He bought a semi-derelict house in Ungeshader in 1981 spending as much time there as his career as a Royal Navy engineer allowed. On retiring, he made the house up to modern standards and has lived there permanently for seven years. As an extremely mature student he studied Theology and Celtic Civilisation at the University of Glasgow, graduating in Theology in 2015. He is an Elder in the Church of Scotland and a student tutor in the School of Philosophy. He served as Treasurer of the Uig Development Trust for five years, until 2020.

With his wife Susan, Jamie is actively crofting in Ungeshader and serves as the grazings clerk. When time permits, he walks the Uig hills and sails a Drascombe Lugger on Loch Roag.