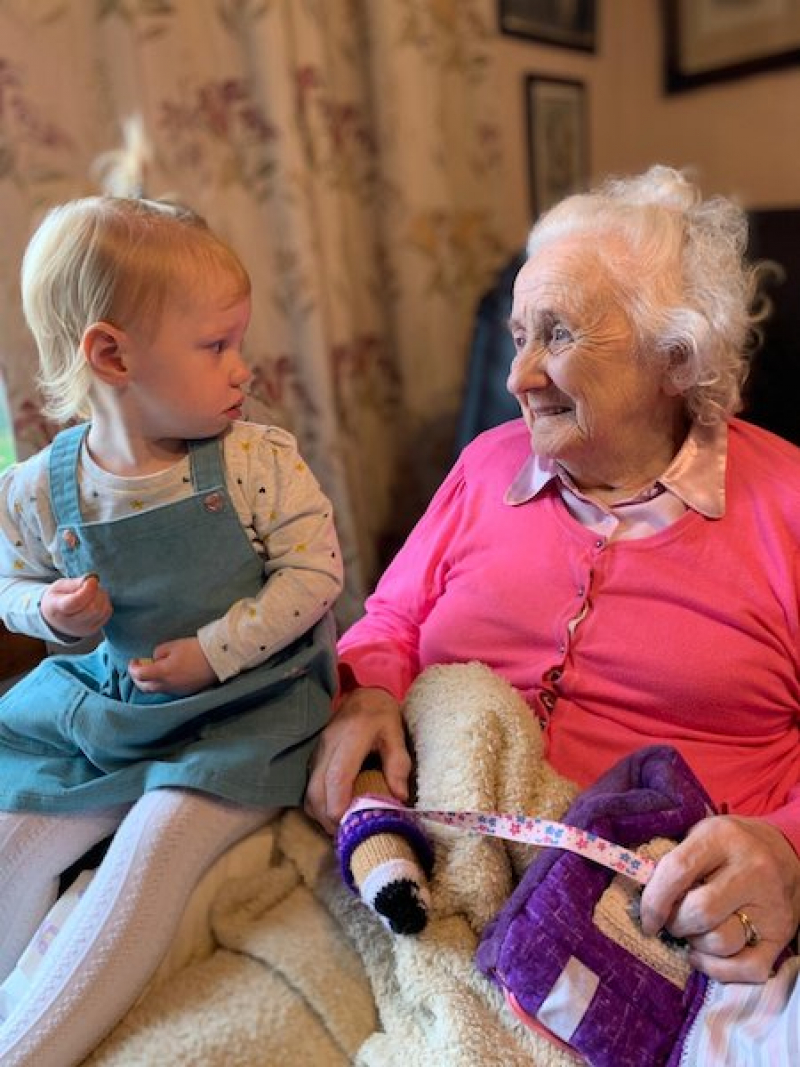 The district of Point was in mourning at the weekend, as the funeral of Murdina ‘Murdag a’Mhate’ Macdonald took place at Garrabost Free Church on Saturday (21 May).

Murdina passed away quietly at home at the age of 88, family members at her side, after a number of years when Alzheimer’s disease dimmed her memories, but not her spirit or personality.

A former infants’ teacher at Aird School, which closed in 2011, Murdina was known and loved as Mrs Macdonald by generations of pupils who experienced her particular blend of discipline, warmth and humanity.

Murdag was born in February 1934 to Murdo ‘Mate’ Maciver of Aird, a chief engineer at sea, and his wife Christina Macsween of Garrabost. She was the younger of two daughters, remaining close to her siste Katie Ann throughout her long life. 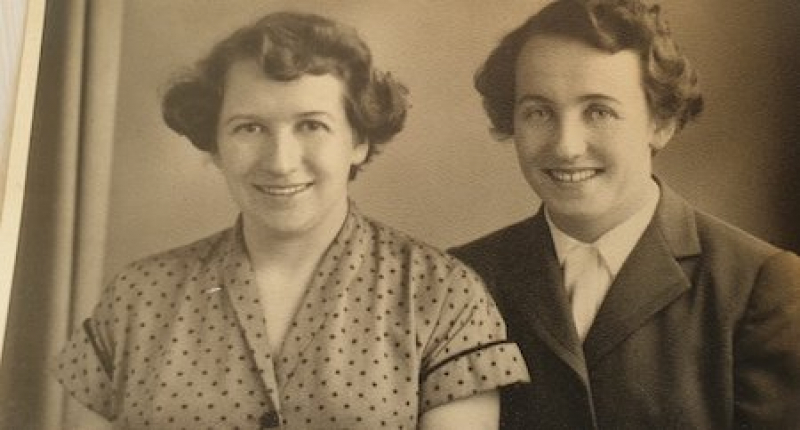 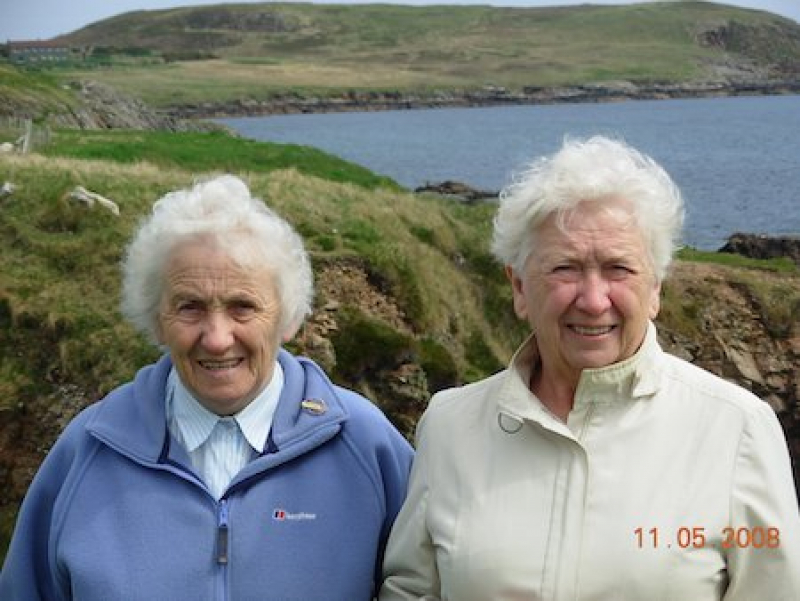 The family spent the war years with her mother’s family in Garrabost, as Murdo ‘Mate’ was working in a reserved occupation in Canada, shipping iron ore through the Great Lakes, and was unable to return to Britain.

After the war Murdina went to Jordanhill teacher training college in Glasgow and returned to begin teaching at Aird School in 1954.

Soon afterwards, whilst out walking in her local area, she met Norman Macdonald, Tormod Tomsh, and they were married in 1958. Their eldest son, Norman ‘Norrie Tomsh’, was born in 1961, followed by brothers Kenneth and Iver. Murdina remained at home with the family for some years, returning to teaching in 1972. 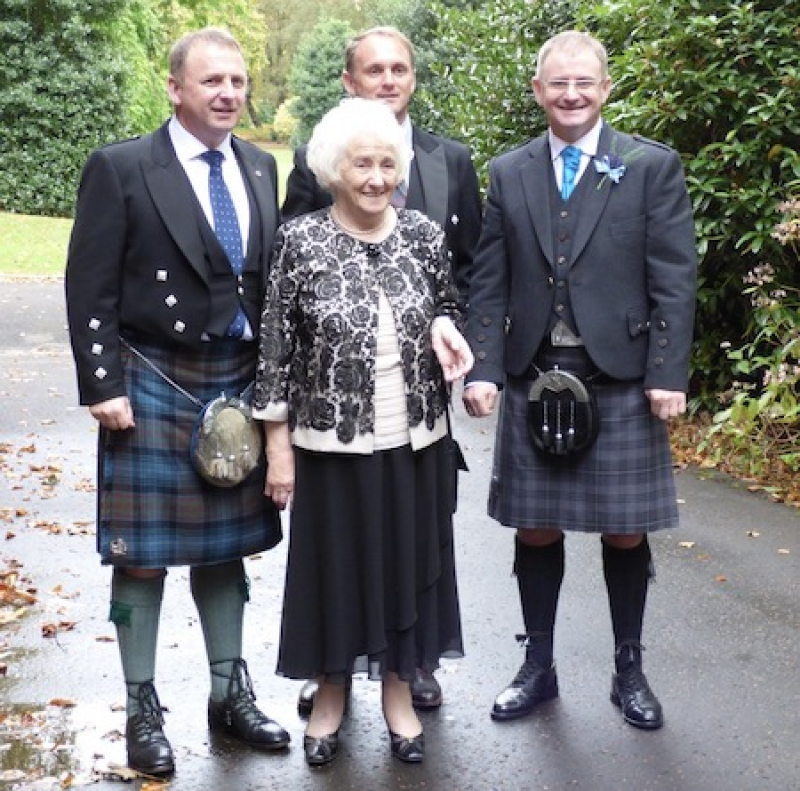 Eldest son Norman said: “She was an old-school teacher, who never forgot a single one of the generations of pupils who passed through her hands.

“She had a great relationship with both the headteachers of her time at the school. With them she fostered an atmosphere which encouraged independent thinking, which was quite radical for its time.

“The school became involved in all kinds of projects, which she relished – such as looking at how people used to live in the blackhouses locally, the lighthouse at Tiumpan and the history of the First World War, in which her own uncle died at the Somme.

“The school would spend a week on a project and then the crush hall would be adorned with examples of their work, showing what they had learnt.”

One such project evaded the understanding of the school inspector and called on Murdag’s quick-witted response, according to her colleague, headteacher Alasdair Macleod of Swordale.

He recalled: “One day, prior to my teaching career starting at Aird School, the previous headteacher, the late Alasdair Macdonald, had taken the upper primary school pupils on a peat-lifting expedition to the moor, as was the wont of headteachers in those days.

“Who should arrive that afternoon, unexpected and unannounced, but a school inspector, not the most welcome of guests in any school. Pleasantries were exchanged and Murdag explained to the inspector that Mr Macdonald and the senior pupils were out on the moor engaged in scientific experiments.

“The poor man left school without seeing the headmaster but convinced by Murdag's explanation that Aird school was at the cutting edge of a scientific revolution.”

Alasdair Macleod shared his own memories of Murdag’s qualities. He said: “I taught alongside Murdag Macdonald in Aird School in the 1980s and 1990s and I found her to be a remarkable teacher and a warm, friendly human being.

“She was conscientious, dedicated and caring and her number one priority was always the pupils in her care who adored and respected her.

“Whilst I was there she taught the infant classes and they certainly received a sound educational foundation which stood them in good stead as they progressed up through the school.

“She had a ready wit and a great sense of humour and many an interval break was livened by Murdag's stories and sharp observations about those in her circles.”

Murdag’s sharpest observations were reserved for examples of language – whether English or Gaelic – incorrectly used. Son Norman described her as ‘the best spell-checker and proof-reader Engie's never had.’

He said: “My mother’s Gaelic was phenomenally good. She was brought up in the traditional style and was a stickler for correct Gaelic and punctuation – she spent a long time sitting with the radio or the TV, tutting about the use of Gaelic, and she was always annoyed by incorrectly placed apostrophes.”

In 1994 a fall and a broken hip led to Murdag’s early retirement, and she was bereaved of her husband Norman in 1995. After this she returned to supply teaching for several schools in the Point and town area.

Reverend James Maciver, who conducted the funeral service on Saturday, said: “She was much respected and loved by colleagues and friends, as evidenced by the number of people who continued to ask about her over the past few years, and she was a faithful worshipper at Garrabost Free Church until her health prevented her from attending.”

Murdina’s experience of Alzheimers led family members to undertake fundraising for Alzheimers Scotland, including an 18,000 foot skydive by Norrie in 2019 and a virtual London Marathon run by grand-daughter Karen in 2020.

The funeral service on Saturday provided ‘the perfect send-off’ for Murdina, according to Norrie. She had made her preferences clear: selecting Psalm 23 and the precentor Donald ‘Speedy’ Macleod, as well as the minister, Rev James Maciver and retired minister Kenny I Macleod, who formerly taught with her. All led the well-attended funeral service.

The family paid tribute to all those who had supported them through Murdina’s long illness and since her passing, especially her longtime friend, neighbour and carer Joey Macaskill, carer Dene Campbell, Rev Iain T and Kenny ‘Hingy’ Nicolson, who led prayers at the house on Thursday and Friday. 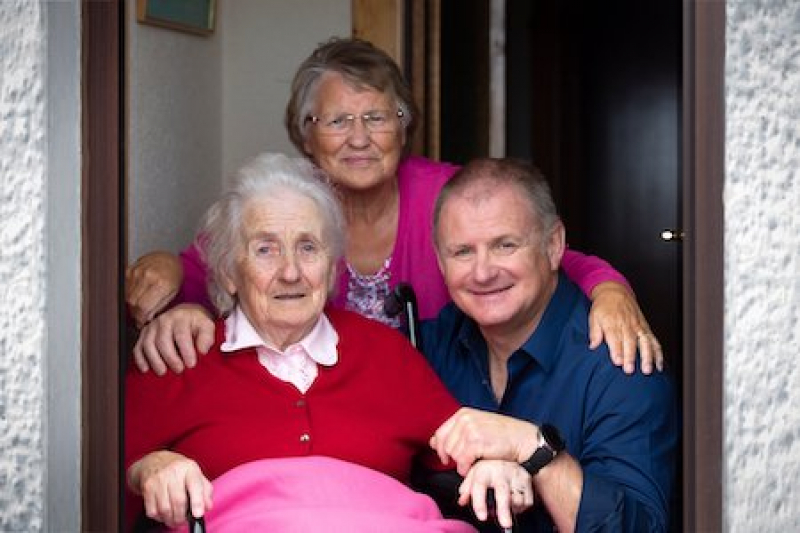 Norman said: “Thanks, again, to every single person who has offered their condolences and to all involved in the organisation of what, to many, might seem a mundane task.

“We cannot thank you all enough. For the family, it was the perfect send off, a fitting tribute. She would have been so proud.”

The funeral also chimed with the feelings of many who knew Murdina well. One wrote: “A beautiful and personal service from start to finish. (Murdina) was very much loved and respected by people near and far and I am sure I was not alone feeling so moved.”

And another said: “I had such admiration for this dear lady. She was wonderful with my son who had learning difficulties, she brought him on so much under her caring and gentle wing.”

The pictures show Murdina with with great-grand-daughter Rosa, with sister Katie Ann in the 1950s and in Aird in 2008; with sons Iver (left), Kenneth and Norman; and at the door of her home with friend and carer Joey Macaskill and son Norman in the early days of lockdown (Sandie Maciver).