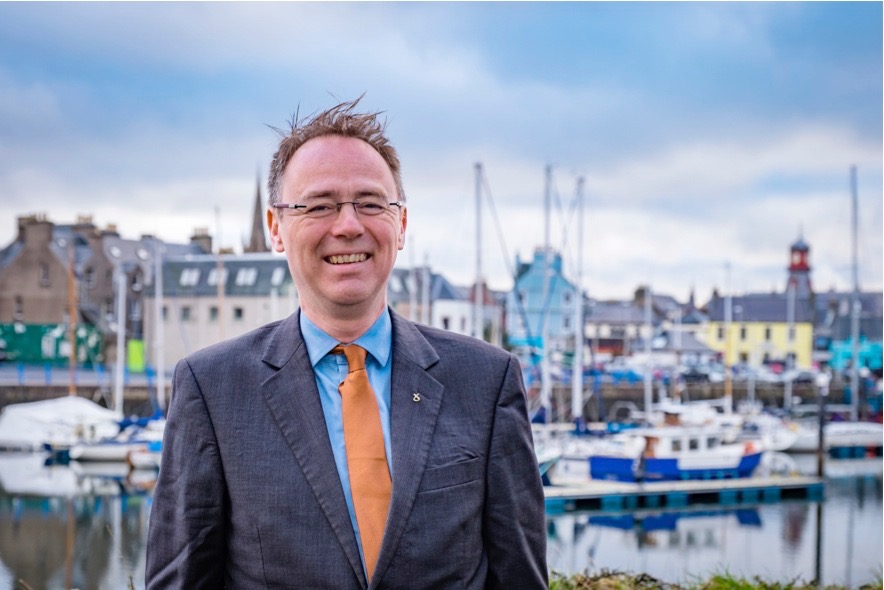 MSP gets no joy with Brexit trade plea

Alasdair Allan, MSP, has challenged the UK Government over the destructive effect of Brexit on trade between the Islands and the European Union countries.

But he received the stock Brexit policy reply that the restrictions were the responsibility of the EU and nothing could could be done to help businesses find sufficient staff to survive.

Mr Eustace, the UK Secretary of State for Environment, Food and Rural Affairs, had been invited to give evidence to the committee on the effect of the UK’s exit from the EU on the rural affairs and islands.

Allan asked the Secretary of State whether he fully appreciated the additional difficulties Brexit had created for smaller businesses in particular, sharing quotes from Donald Joseph MacLean of Barratlantic and Amber Knight of MacNeil Shellfish regarding the ‘astronomical’ costs of Brexit due to the new export system, both financially and in staff workload.

The islands’ MSP then highlighted the issues experienced by another local business in posting smaller parcels of produce to the EU.

“Posting anything to the European Union is significantly more difficult than it used to be.

"Uig Lodge in my constituency has raised with me the difficulties that led it in November to stop all exports to the EU because of the sheer complexity, cost and delay that now exist in getting its product to that market.

"Is the UK Government going to make it any simpler to get a parcel to the European Union?”

Eustace responded by saying: “The specialised committees that exist under the trade and co-operation agreement are supposed to help improve things, over time. […] although we would like to go much faster to recognise equivalence and to put in place sensible arrangements between the UK and the EU – given that we are such close trading partners – the EU is applying to us the sort of approach that it might apply to a third country that has a different regulatory regime.”

Allan also questioned whether the UK Government would reconsider proposals for tailored visas so that the demographic and labour needs of rural and island communities in Scotland could be better met.

However, the Secretary of State said that it would be too difficult to enforce the limiting of people to work in one specific area.

it's worth recalling that during the battle more than 10 years ago to win a derogation on fuel duty rates to enable island road fuel to be paid-for at equivalent levels to the mainland, local campaigners were told by a UK Government official at one point that such a derogation would not be allowed because people could travel out from Glasgow to Castlebay to take advantage of it.