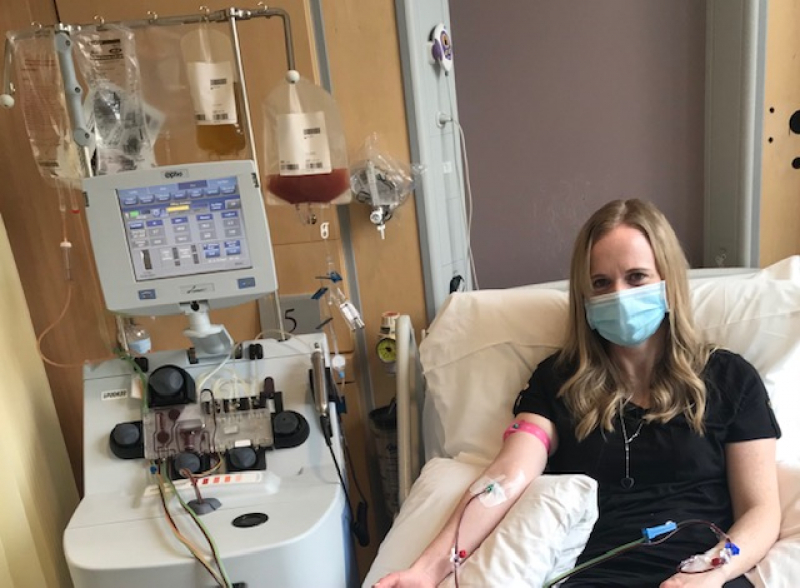 The newest cancer fundraising group in the Western Isles celebrates one year creating awareness and bringing in funds this month, with a drive for donors to save even more lives.

A lot has happened since Blood Cancer UK Western Isles launched on 5 May 2021 – from a sponsored silence to a link with Stornoway’s fire service, and an excellent reception from island supporters.

Local branch leader Jaclyn Campbell says the first year has been both more successful than they could have dreamt – as well as harder than they imagined.

She said: “It’s been an excellent first year, more successful than I thought it would be at raising both funds and awareness. We have raised £8,244.67 in the Western Isles – a fantastic result when you think of the demands on people’s pockets.

“It’s hard to make clear to people the difference between the different cancer charities, but we are all essential to different parts of the fight against one of the biggest life-changing diseases in the UK today. 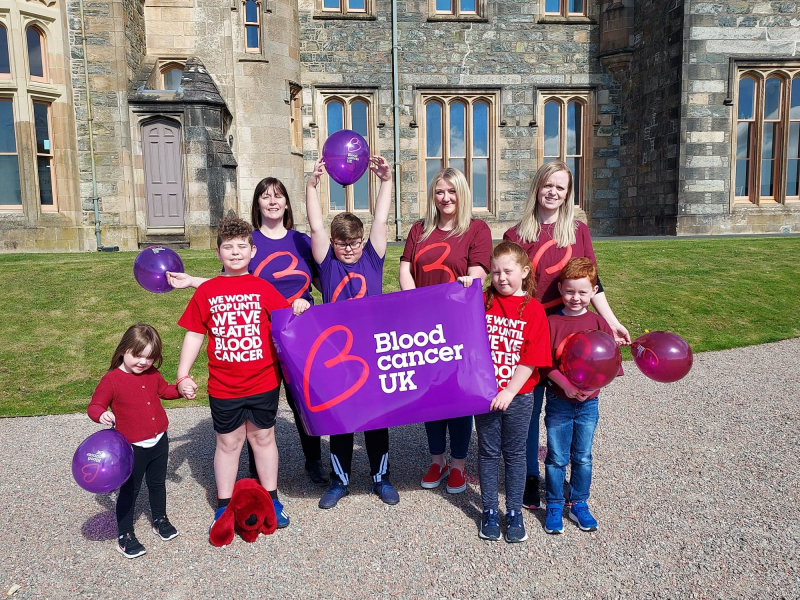 “I see Blood Cancer UK as one of the big three charities, and there are a lot more people affected by the disease than many people at first realise.”

In fact many of those involved in fundraising and running the group have family experience of blood cancer, some with family members who have received or who need stem cell transplants.

Family experience stimulated Jaclyn, her sister-in-law Erica Clark and cousin Louise Harrison to start the Western Isles group, and was also the impetus behind fundraising efforts such as Walk of Light teams in Stornoway and on Coll beach and three walkers in the Inverness half marathon, all in March.

As well as the one-year anniversary this month, it’s World Blood Cancer Day on Saturday 28 May, with the Western Isles team setting up shop at Stornoway library to sign up potential new blood stem cell donors on behalf of the international register.

Jaclyn said: “It’s time to spread the word, so that everyone who needs a blood stem cell donor can find one. There is more to do, which is why we’re hosting a donor drive as part of our one-year celebrations.” 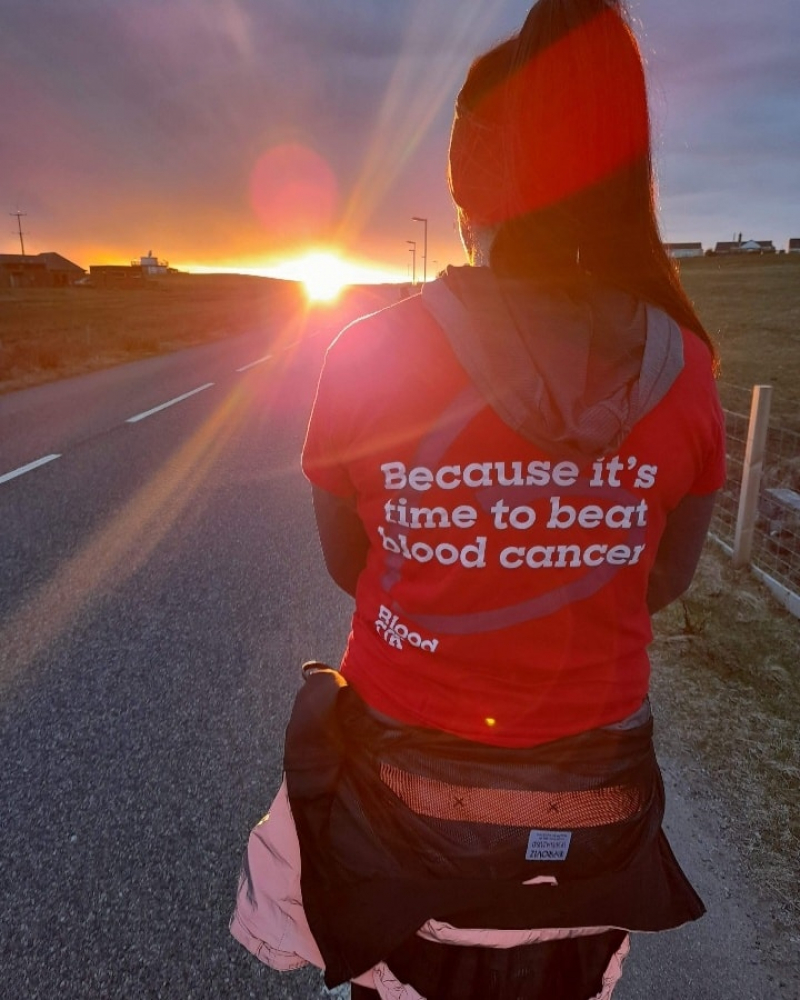 Donors don’t give stem cells on the spot, but they can be included on the register provided they are aged 18-55 and in general good health. Then if their stem cells look like a match with someone that needs them, they are called on to help.

That’s what happened to Western Isles group treasurer Erica Clark, who found out that she was a genetic twin to someone needing cells in February 2021. She joined other island donors and said: “The whole process is much less invasive than I thought it would be. The charity made it so easy, answering all my questions and arranging my travel and accommodation.

“I was out of the hospital after lunch and they didn’t need me back for a second session. It was hugely emotional for me, but not hard or unpleasant.” 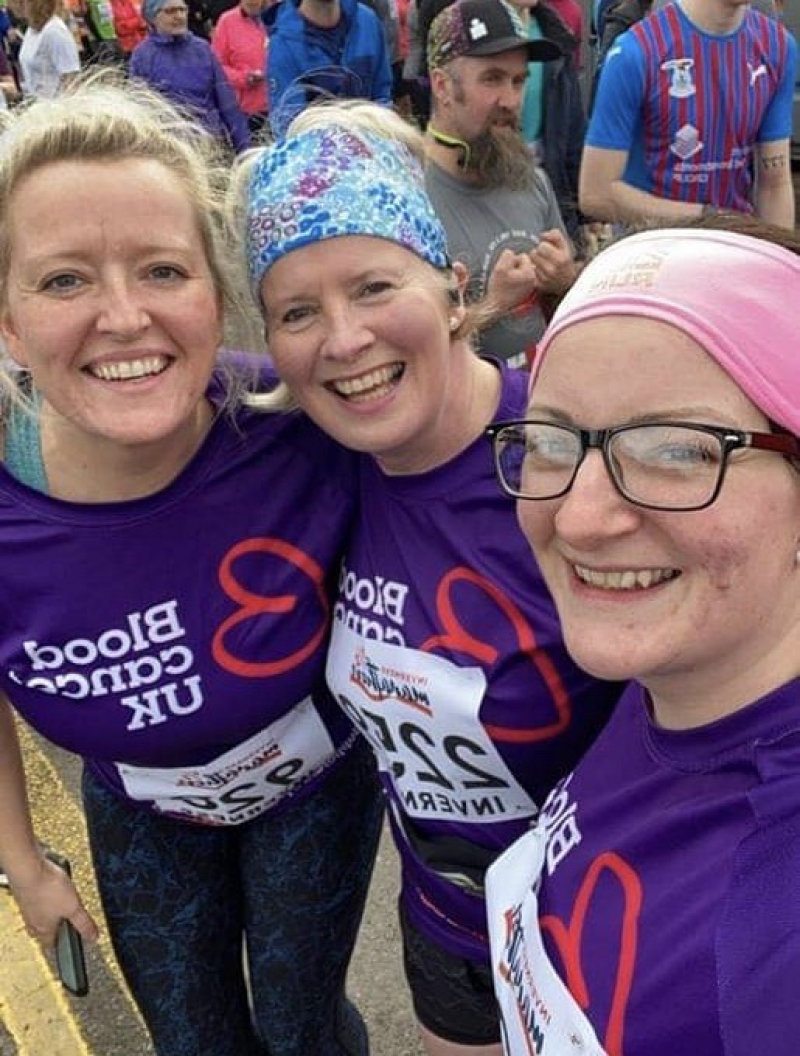 Jaclyn said: “We’re hoping that some of the participants in the Autoparts Stornoway Half Marathon, 10k and Fun Run will feel ready to become lifesavers after their superhuman efforts in the town on 28 May.

“We’ll have lots more information on the day and we’re hoping there will be people dropping in ready to work towards the goal of giving as many blood cancer patients as possible a second chance of life.”

Pictures show some of the highlights of the first year – fundraising walkers in Stornoway and Inverness, the organising group at their launch in May 2021 and Erica while she was making her donation in 2021 (Blood Cancer UK Western Isles).