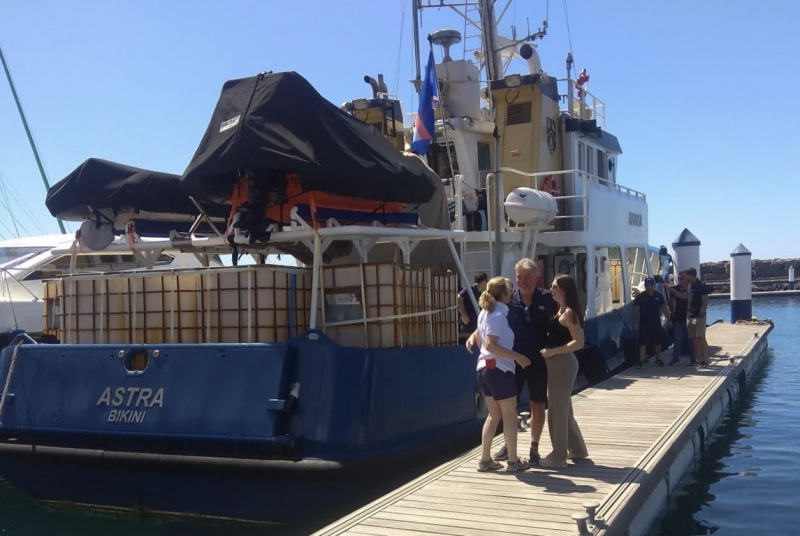 Barra mariner Iain Macneil is back on dry land, after setting a new world first circumnavigation of the world’s southern oceans.

Iain and his crew sailed into Lanzarote’s Puerto Calero harbour on Monday lunchtime (16 May), bumping their vessel gently against the quay at exactly 12 noon, to a rapturous reception from family, friends and fellow sailors in the Canary Islands. 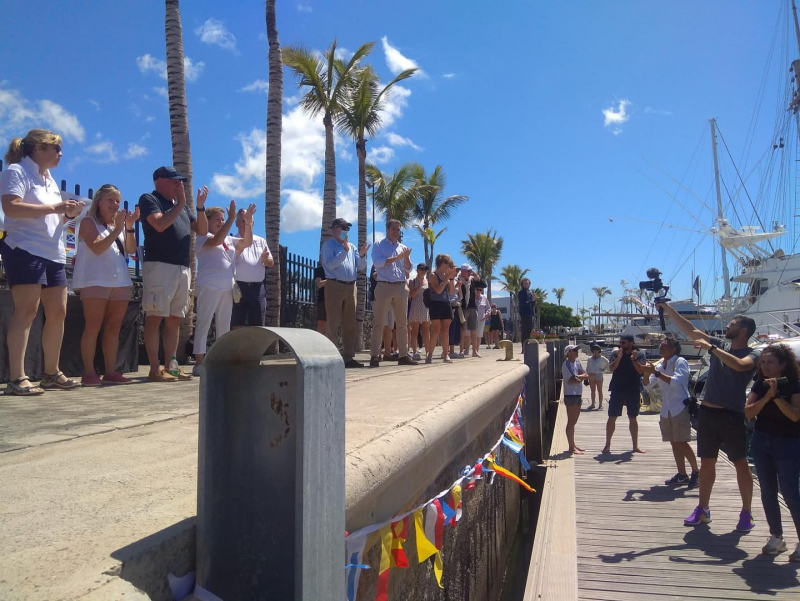 Iain, who comes from Brevig in Barra and is now a maritime data company owner in Edinburgh, had travelled through the tempestuous waters of the southern hemisphere, passing all the capes of South America, Africa and Australasia and crossing the equator twice.

To qualify for the official world first, he had to ensure that his vessel travelled at least 26,600 nautical miles. In fact, during 166 days since he left Lanzarote last December, he had travelled 31,500 miles, with 151 days at sea, 7.5 days at anchor and 7.5 days in port.

His craft, the 23.35-metre former Swedish life-saving vessel MV Astra, had been especially adapted to endure harsh sea conditions and to create the best possible chance of success in the record attempt. 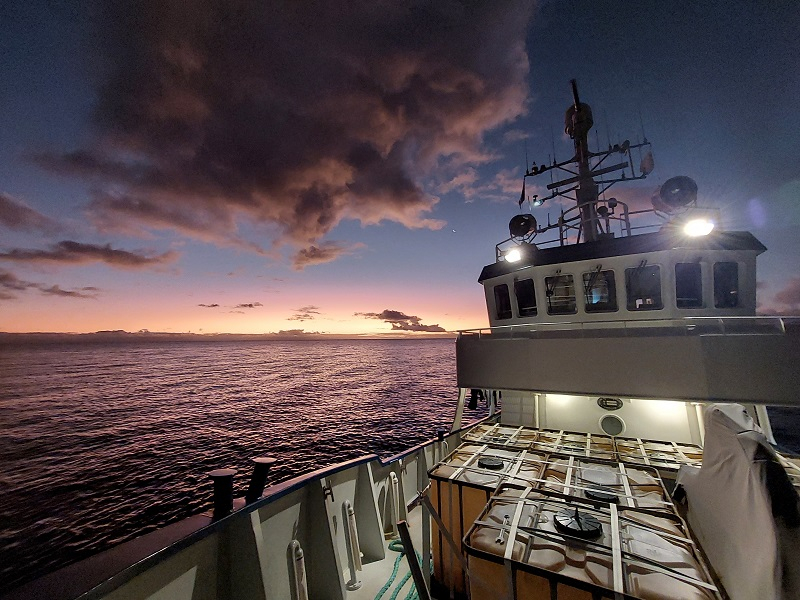 Amongst her adaptations were on-deck fuel tanks which allowed her to stay at sea for longer, with refuelling carried out on the water by the crew.

She also had on-board facilities including an exercise bike and heated crew quarters, which combined with carefully-planned nutrition to ensure that the crew remained fit and healthy throughout the voyage.

The feat of navigation was achieved with five crew members and a land-based team of support staff, including Iain’s wife Kat, who monitored the ship’s position round the clock and managed shore logistics.

The MV Astra’s world-beating achievement was hailed by supporters as ‘amazing’, ‘remarkable’ and ‘a fantastic achievement’, with one follower even suggesting they should sign a Hollywood deal to turn their adventures into a blockbuster film.

You can see more of the ship’s voyage, including a weekly blog and full technical specifications of the vessel, on their website at https://www.mv-astra.com

The pictures show MV Astra heading north on the last leg of the voyage last week and entering Puerto Calero harbour, the reception party applauding them home and Iain’s first sight of his wife Kat (left) in 166 days (MV Astra). 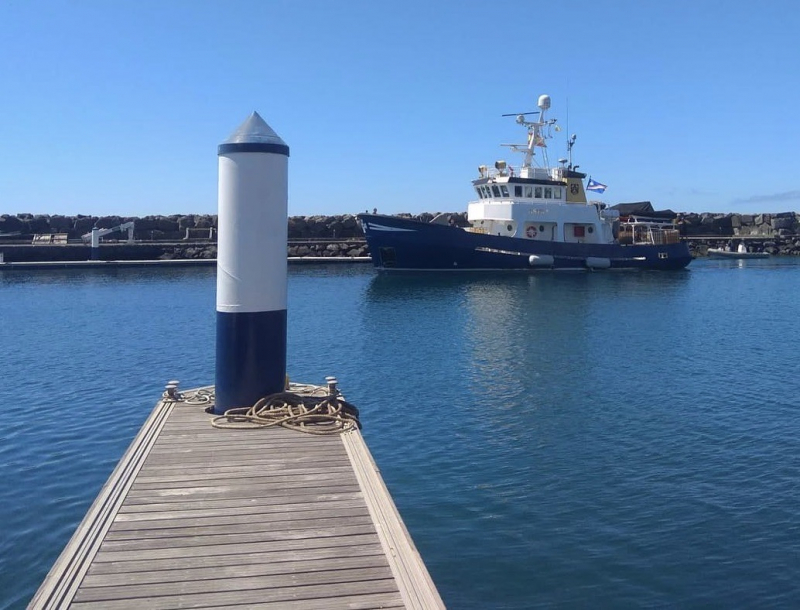