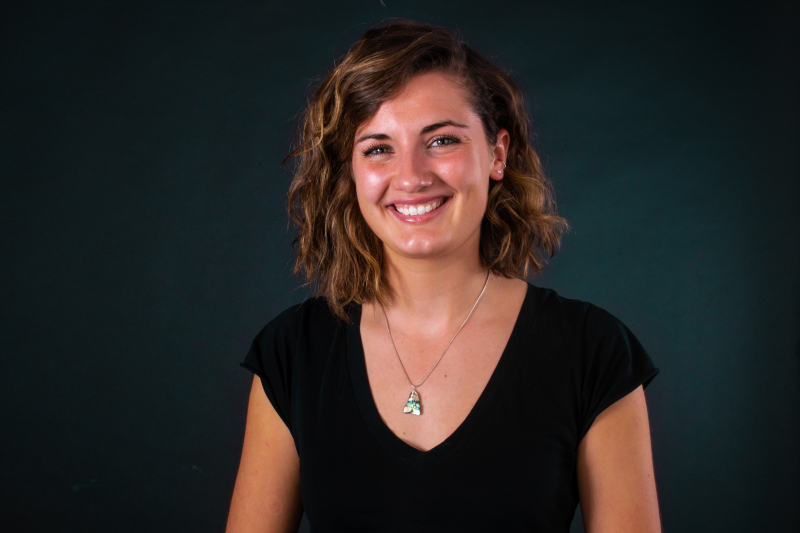 Innovator Jodie Sinclair - originally from Stornoway - has just returned from a four-week business promotion and investment trip to the USA, to find her venture Theo Health is in the final for the Scottish EDGE award and the semi-finals for the Converge award.

The Scottish EDGE final takes place over two days (25-26 May) at the Royal Bank of Scotland Conference Centre in Edinburgh and online.

They will pitch alongside 25 of Scotland’s most up-and-coming, innovative and high-growth potential businesses, competing for up to £100,000 of funding.

"With 177 applications this year, it is an achievement in itself to have made it this far and we are immensely proud to have been selected for the final. Tickets for the event can be found via LinkedIn."

Jodie graduated with a product design degree from Dundee’s Duncan of Jordanstone College of Art and Design, having studied at the Nicolson Institute in Stornoway and represented the Western Isles in the NatWest Island Games.

Injury put her out of sports for some time, but she turned it to her advantage to develop her invention, a wearable recovery aid called Theo.

Converge is an annual competition, with prizes awarded across a diverse range of sectors.  Jodie has already won the Rose Award, designed to boost female entrepreneurship in Scotland, and the prize package includes £10,000 in cash plus access to mentoring services.

The idea for her invention, Theo, came after Jodie ruptured her anterior cruciate ligament (ACL), an injury that ended her hopes of a career in football and led to her experiencing depression during an arduous three-year recovery.

Theo is an item of smart clothing and an app that allows the user to measure, track and analyse their muscle development, even before progress is physically visible.  It also allows the user to track their mental health, something Jodie believes is every bit as important as the physical recovery from injury.

She said: “I got my injury when I was longboarding a week before I started university and it completely turned my world upside down.

“I had been playing football since I learned to walk and had also got into rugby and other sports. I had been scouted for a football scholarship in the US and hoped to play semi-professionally.

“I had to wait a year for my operation and then there was a an 18-month rehab after that. I had always been known as an athlete, but suddenly I wasn’t anymore. I felt like part of my identity had been stripped away from me and I ended up in a dark place with depression.

“Rehabilitation can be a lonely and dispiriting experience and I definitely think the mental health side of recovery is overlooked. I went from being in peak physical condition to really struggling with simple exercises, like lifting my leg up from a chair.

“For the first six weeks you don’t really see any progress. You don’t have the endorphin rush you get from competing. It’s hard to keep motivated.

“Seeing that you are making progress that isn’t visible on the outside can make a real difference to how you approach the programme your physio sets you. It also helps them monitor your results and check-in with any clients who have reported persistently low moods."

Jodie, who now lives in Glasgow, has fully recovered and enjoys boarding and other extreme sports, although she never seriously returned to football after her injury.

Converge is funded by the Scottish Funding Council, all 18 Scottish universities, Creative Scotland and a roster of partners and sponsors – all of whom lend their invaluable expertise and knowledge in helping Converge alumni businesses on their journey to success.