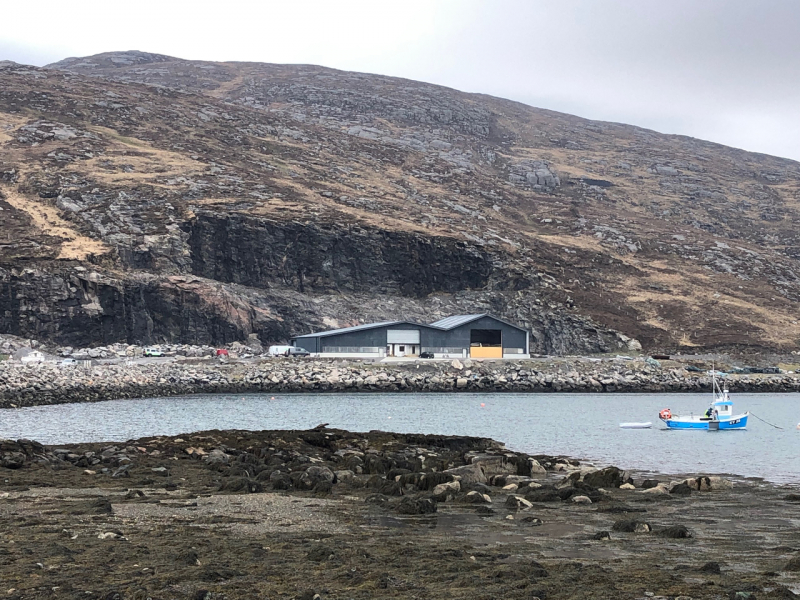 A modular housing construction business on the Isle of Barra, which has been awarded up to £105,000 from Highlands and Islands Enterprise (HIE) to help build a new factory, has already created six new jobs on the island.

The business started trading in January this year and is expected to create more new full-time equivalent jobs at the factory, which was recently built on land at the former Vatersay Causeway quarry site, just on the Barra side of the causeway, built in the 1980s.

The business previously operated out of a small unit in Castlebay where it constructed panels for housing on the island. The move to a 1000m2 factory has enabled full units to be built indoors prior to being transported to sites across the Outer Hebrides and the west coast mainland.

The modular buildings are constructed to high insulation and air tightness standards and will therefore be low energy in operation and deliver carbon savings over the lifetime of their use when compared to standard construction. The building method can be done without weather delays, off-site under a roof before being assembled on site. 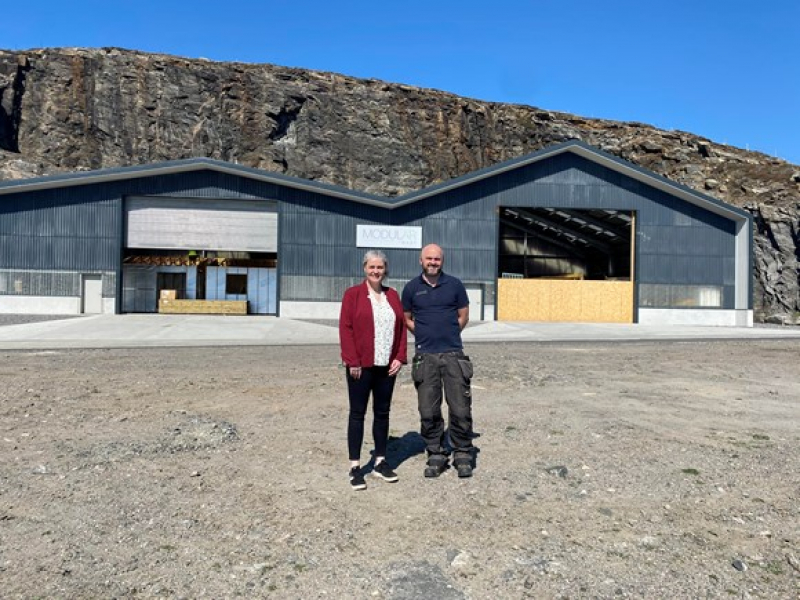 Joanna Peteranna with Roddy MacInnes outside the production sheds

This project will create more jobs that will be attractive to school leavers and other young people who want to train for a trade. Roddy plans to make use of the apprenticeship scheme to attract and train a workforce.

Roddy’s other building firm, Coastal Homes, which he’s been running as a sole trader for 21 years, will continue to operate and retain all five staff in Barra.

Joanna Peteranna, area manager at HIE’s Outer Hebrides area team, said: “It’s important for the local economy that firms can grow while remaining on the island. This ambitious project will help retain our young people and attract skilled people to move here. New jobs being created in Barra is great news and we very much welcome the fact that West is looking to attract younger employees.

“Housebuilding is a particular priority throughout the Outer Hebrides to support the aspiration of growing the population. The company plans to provide more affordable house prices for young people and families across the islands.

“We are really pleased to be able to provide support for this project and it was great to visit Roddy recently and see the completed factory in operation. We look forward to working with the company as it develops. By creating valuable rural employment, Roddy is also helping strengthen community resilience on the island.”

Roddy said:“We’re really happy with the progress made and I would like to say a big thank you to HIE for the belief they showed early on. We are easily a few years ahead of where we would be without the help provided by HIE and that is testament to the work the organisation does in the islands. My employees and I see an exciting future ahead.”