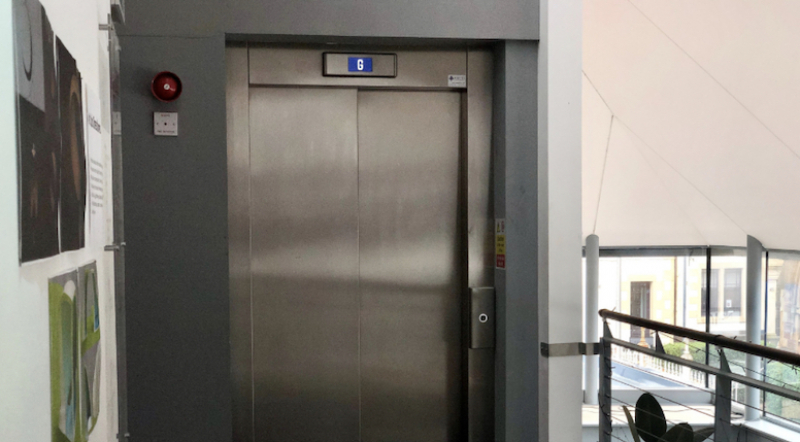 The lift at An Lanntair arts centre has returned to service after more than seven months.

Without the lift in operation, those who require level access were unable to take advantage of most of the centre’s services and events

An Lanntair said yesterday (Wednesday April 6) that: “We are delighted to let you know that An Lanntair's lift has been fully repaired and is now ready to use!

“We want to thank our customers for their patience during the period that the lift was out of order, and we look forward to welcoming back customers who require the lift to have full access of the building.

In a public announcement on Wednesday 24 November a spokesperson for An Lanntair said: “Engineers arrived at An Lanntair to repair the building’s lift on November 23 and 24, but additional issues were uncovered and we await further updates from the engineers.

“We are very sorry for the inconvenience this is causing our audiences and customers. We completely understand the frustration this causes to many of our valued members in fully accessing An Lanntair's building and programmes.”

Later the centre’s new director Luke Collins said that engineers had brought with them all the parts needed for the fix that they had anticipated, but that the work had uncovered further problems within the system.

The mainland company then returned to their base to work on a plan for the repair.

Luke, who has himself subsequently left his post, said then: “I’m hopeful that we’ll be able to build on the information that engineers have found and get a firm projection for when the problem will be solved.”

Former Lews Castle College principal David Green, who chairs the arts centre board, said in February: “It became obvious that the lift needed a much more radical, thorough and time-consuming overhaul and full modernisation. Inevitably this would be more expensive, but the board has approved the additional expenditure.

“We believe that the works commissioned will result in a complete renewal of the lift's control and operating systems and provide us with a sustainable and reliable service.

“I can only apologise to customers that it has taken so long to deal with it, it is really not for the want of trying. We have been in continual contact with Omega to resolve the issue and exhaustively explored other service agents.

“The solution as now commissioned is more expensive than we had expected but will future-proof the lift. We agree that it has taken far too long but, as far as we can tell, this route will give us a sustainable long-term solution.”