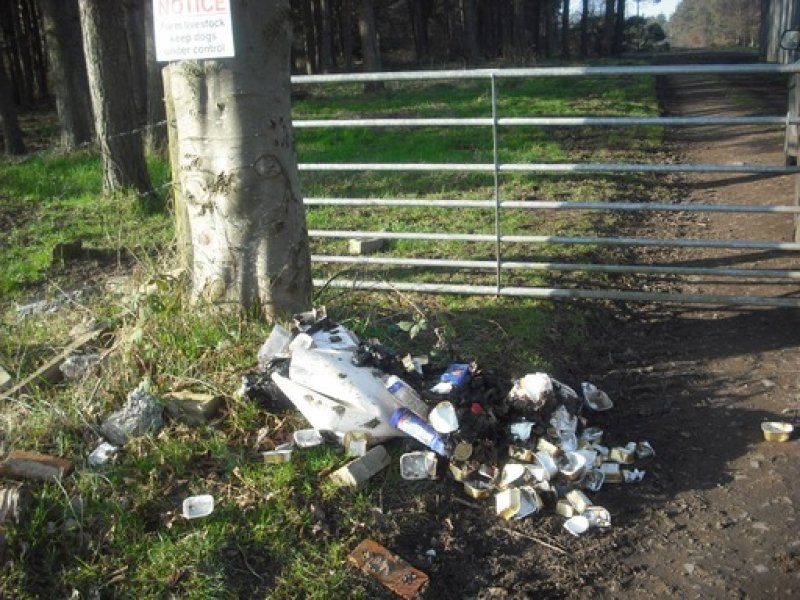 Landowners and landowning organisations are bearing the brunt of the costs resulting from people who illegally dump rubbish, sofas and building materials in Scotland’s countryside.

That was the message from landowning group Scottish Land & Estates and environmental charity Keep Scotland Beautiful as the Scottish Government finished consulting on its litter and flytipping strategy last week.

"To help end this often large scale criminal activity, we believe greater public education regarding the true impact of flytipping is needed as well as tougher prison sentences, significantly higher fines, scrapping the offender’s vehicle and making the polluter pay for the clean-up, rather than the innocent victim who owns the property.

Keep Scotland Beautiful’s CEO, Barry Fisher, commented, “Flytipping is not a victimless crime.  Its impacts on communities, landowners, and our environment are wide ranging.  The Litter and Flytipping Strategy for Scotland is a step forward towards tackling some of the issues which impact us all, but sadly much more needs to be done.

“Enforcement is a key part of the solution to the criminal activity leading to our flytipping problem, alongside provision and good access to waste disposal facilities, education initiatives and campaigns. We all need to do much more to tackle this waste disposal crisis.

Durie Farm in Leven, Fife, pictured, has reported a notable increase in flytipping recently. Unfortunately, they have stopped reporting it frequently due to there very rarely being a positive outcome. The pressure appears to be not on the perpetrators of the crime, but on the landowners and managers to clear up the mess.  The landowners occasionally do take time out of a busy day to remove several tonnes of debris in a grain trailer and dispose of it at the Ladybank tip. Fife Council staff are said to have been understanding and have not charged for the disposal in these cases.

On Dunglass Island, Brahan Estate, between Inverness and Dingwall, just over a year ago, a large amount of waste including plaster, plastic, flooring and furniture was dumped where crops are grown and anglers and dogwalkers are welcome.  Unfortunately, upon reporting it, the only apparent response from the relevant authorities was to put pressure on the landowner to clear up the mess urgently, which they did promptly. A further incident in January this year saw a commercial refrigerator dumped at the side of the private road on the estate. Once again, because the crime happened on private ground, the responsibility for the clear-up fell on the landowner.