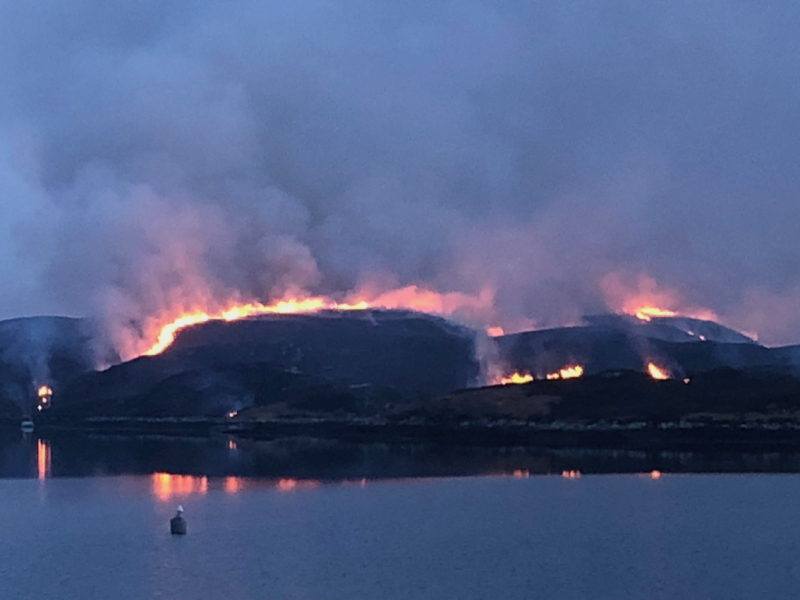 Thousands of people in the Stornoway area continued last night (Monday March 28) to be affected by “the Big Smoke of 2022” as the blazing moorlands continued to toxify the air – temperature inversions trapped the smoke at ground level in some areas and created localised areas of thick ‘fog’ made up partly of mist and partly of smoke.

One Twitter user commented this morning on the welovestornoway.com Twitter message about the firefighting: "Oh my goodness, it looks like the fire that got near to us, the firemen were round our house ready to move us, then the wind changed. It’s very frightening when it drives accross the moor. All the plants and wildlife, will be lost, but it does repair. Hope nobody is hurt."

Haar was also occurring along island coasts leading to the cancellation of the afternoon ferry service on the Sound of Harris crossing.

In Lochs the hills were ablaze over a wide – but largely unpopulated – area south of Loch Leurbost. 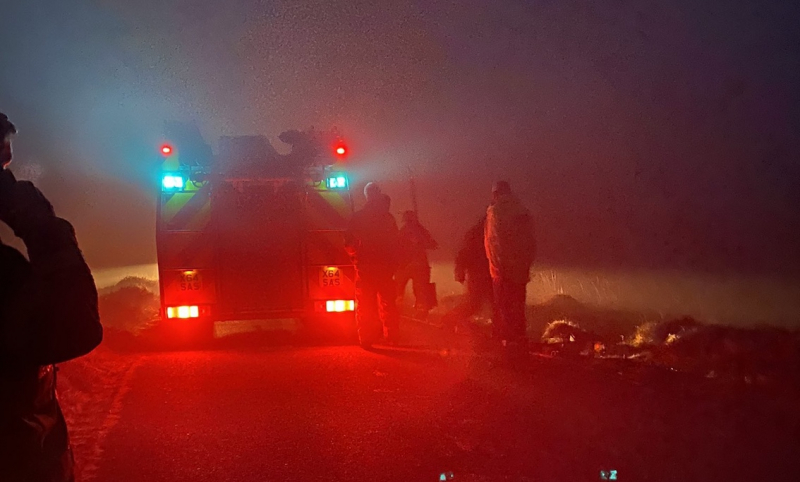 Meanwhile north of Achmore, firefighters from nine Lewis and Harris stations continued to battle the vast moor fire for Day 3, protecting the vital Eitsal communications mast installations to the south and fledgling trees (there’s not many, each one needs saving!) to the north, said Iain M Macleod, Area Commander Scottish Fire and Rescue Service.

He also spoke of the “Incredible hard work and support from Coastguard and other partners.

“Of course, the firefighters are on the moor, but I need to give a massive thank you also to the Operations Control staff in Dundee – they have dealt with hundreds of calls and radio messages from officers and the public as we coordinate resources from nine stations across three full days.” 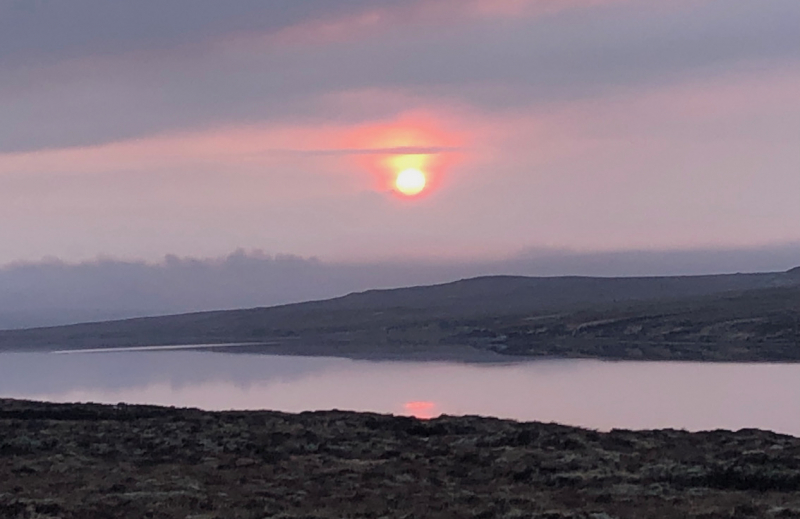 There was no word publicly from the Western Isles Emergency planning committee, nor from Comhairle nan Eilean Siar or NHS Western Isles about public concerns about the impact on the health of the communities affected.

According to Lews Castle College (newly renamed as UHI Outer Hebrides) expert Guiseppe Petricca, "During the night PM10 peaked at 829. PM2.5 topped at 678, PM1 at 329 (all values in μg/m3 and all above unhealthy limits). Winds will be slowly changing direction so the moor fire smoke should leave #Stornoway, but impact other portions of the Isle of Lewis." 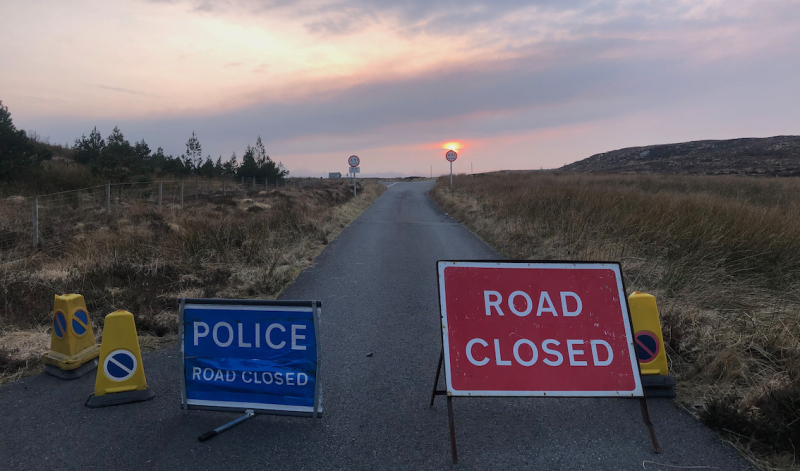 Last night the entire Pentland Road network of routes between Achmore, Marybank and Carloway was closed to allow fire-fighting vehicles unfettered access to the blazing moorlands.

Meanwhile the Stornoway Trust warned on its Facebook page at 9pm last night:  “We are asking users of the Castle Grounds to look out for any signs of fire-setting, which is strictly prohibited.

“A fire was deliberately lit in the deer park at the weekend which, given the dry conditions, could have had catastrophic consequences. Grounds staff will be monitoring the area more closely, and we hope that responsible users will also be vigilant.”

“This fire was set amongst the trees, and could have been extremely dangerous and destructive, especially with the dry spell we have been enjoying.” 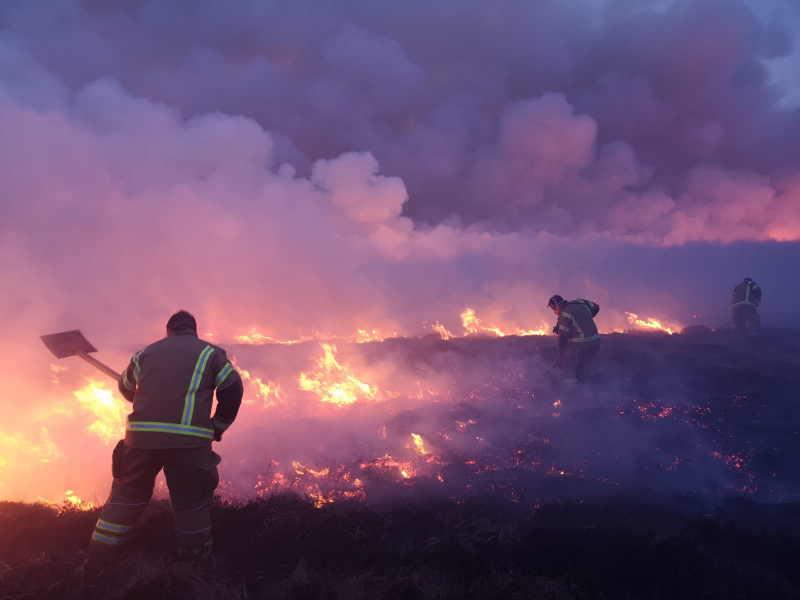 The Airport Fire Service - which posted the picture above on Twitter this morning – say they "were tasked to assist Scottish Fire and Rescue Service in attempts to contain a moor fire near Achmore which has now been ablaze for a few days.

"HM Coastguard have also been assisting SFRS as all agencies continue to work together to keep the fire at bay."